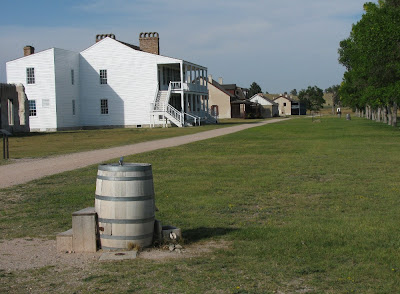 A few miles from the Oregon Trail ruts and Register Cliff is Fort Laramie. It was important both as a fur-trading center, then as a military garrison. It was a landmark and way station for the many trappers, traders, missionaries, emigrants, Pony Express riders, and miners wending their way west. 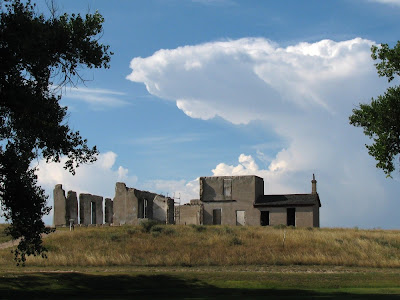 The fort has a wide variety of buildings, some completely rebuilt and renovated with period furnishings, and some ruins. This is the ruins of the old hospital. 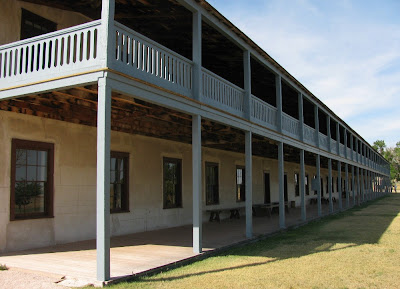 The Cavalry Barracks have been completely restored. 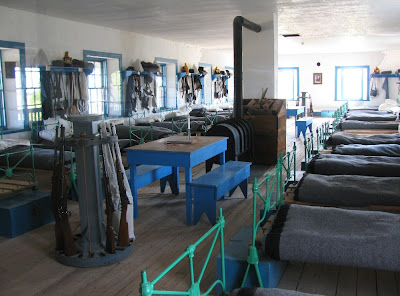 The amount of historical items inside the Barracks, and all of the restored buildings was just amazing. 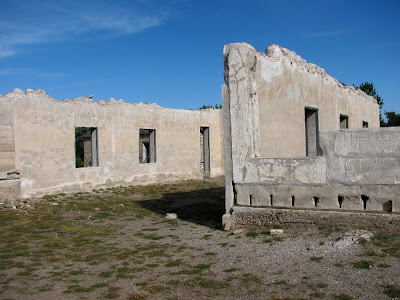 The ruins of the administration building are being left as is. 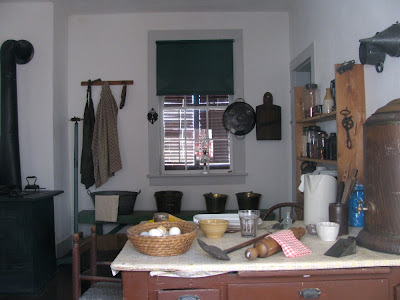 The many rooms of the Captain's Quarters have been furnished to their appearance in 1872, even the kitchen. 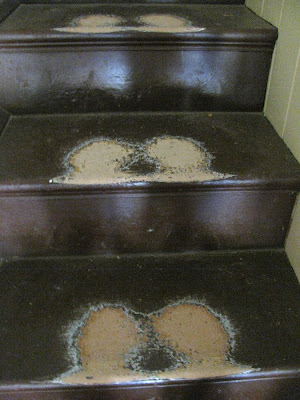 Can you imagine how many times these steps have been climbed? 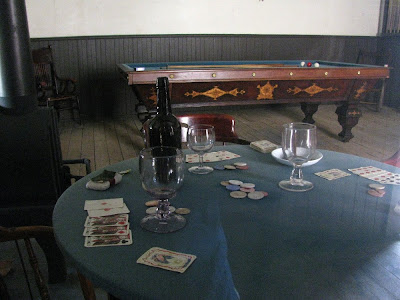 The Post Trader's Store contained a bar for enlisted men. 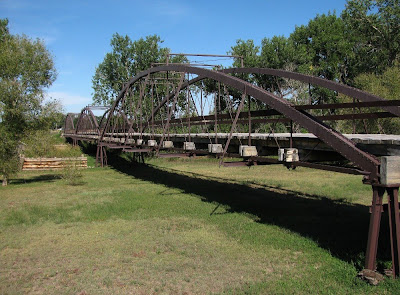 Close to the fort is the old Army bridge, built in 1875, too late to help the pioneers cross the river. It remained in use until 1958. 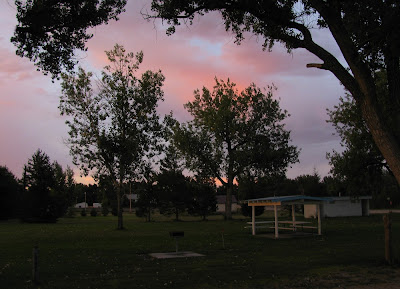 I stayed in the city park in Fort Laramie. It was free, and very nice, except for the trains that go by very close. It's a good thing I like trains.
Posted by Diana at 3:18 PM