Thanksgiving in the Desert 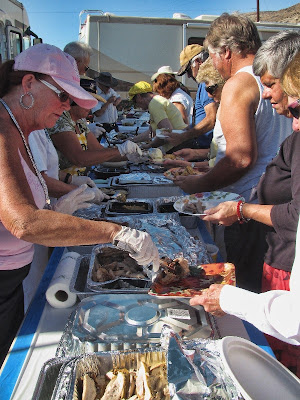 Every year the WINs have a Thanksgiving feast in the desert just outside Borrego Springs, CA. I've missed the last 2, so it was really nice to be here and see lots of friends I haven't seen in a while. Seventy of my closest friends gathered here for the week. 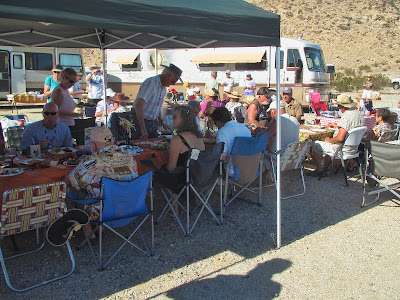 I even scored a seat under Bill's canopy for Thanksgiving dinner. This has to be the warmest weather we've ever had here, so it was much appreciated. 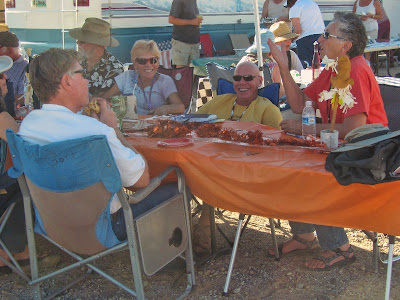 Mini Me also scored a spot. 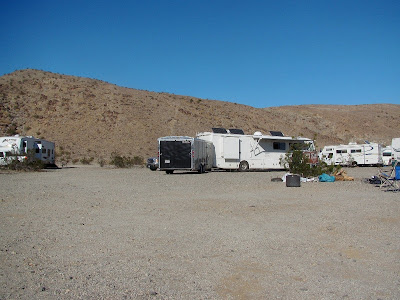 We park at the Pegleg Smith monument east of town. Pegleg was a famous horse thief and kidnapper--I'm not sure why he has a monument. 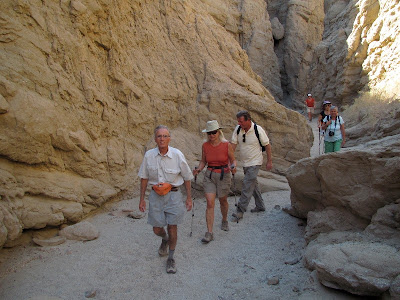 One day we went on a short hike through a slot canyon in Anza Borrego State Park. 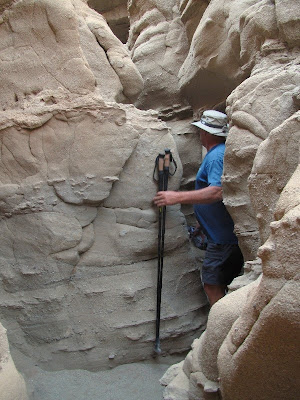 It gets a little tight in spots. 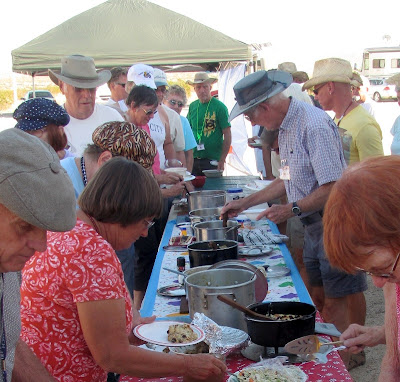 We had 2 days of turkey and the side dishes, then one day of various soups made from the turkey leftovers. A great time was had by all!

A Real Deal on a Great Camera 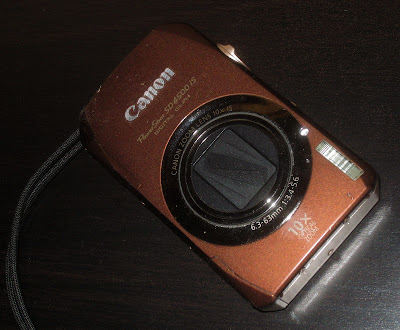 This Canon PowerShot SD4500is has been my favorite camera since I got it 2 years ago. It has a really sharp 10X optical zoom. I used it to get the shot of the woodpecker out my window in the previous post.

When I got mine originally, it cost $350. Now you can get it on Amazon for $124. The link is here or go to Amazon and search for "Canon 4500 silver." (Mine is brown but for some reason the silver is less expensive.)

If you're looking for a new point-and-shoot, I highly recommend it.

In Mesa for Awhile 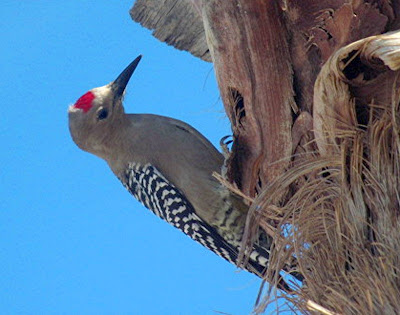 I'm back in Mesa, AZ for a few weeks. It's amazing how hard it is to find something to blog about when you're sitting in one place. But I'll try...

I got this shot of a male Gila woodpecker showing off his red cap from my window. The only bad thing about them is that they like to get on top of my trailer and start tapping. 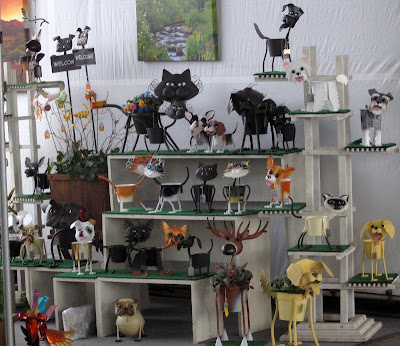 There's a great swap meet in Mesa on Baseline. New this year are these pots of different dogs and cats. They were really cute, and several people were selling them. 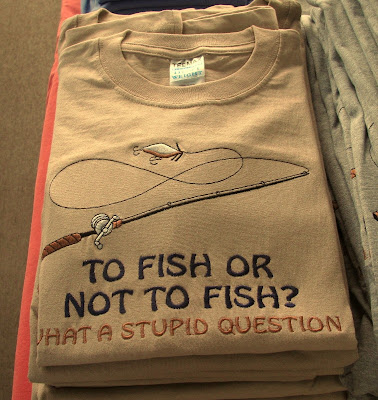 I found this t-shirt for Jim of Jim and Sandie. There's also a dog in the previous picture they would like. 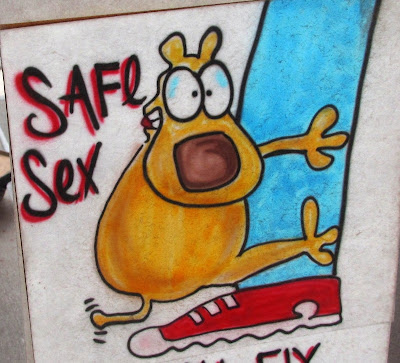 There were lots of cute t-shirts there for us seniors. 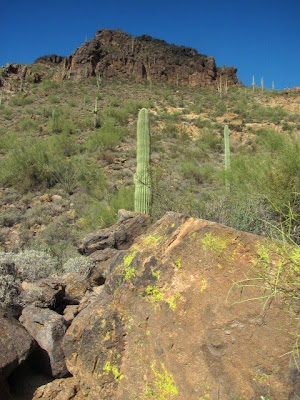 And one advantage of being in Mesa is that my sister Barbara lives here. One day we did a hike up the hill from the north end of Meridian. 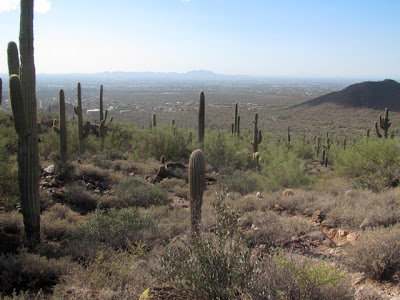 I'd like to come back here when the saguaros are in bloom, but it would be too hot to hike! This is the view looking back at Mesa. 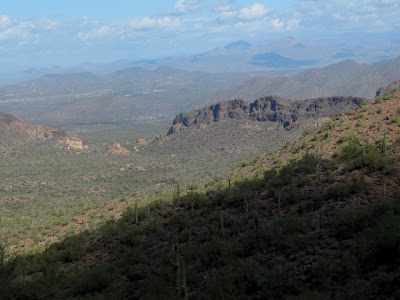 And when you get to the saddle, there's a great view of the wilderness over the hill. 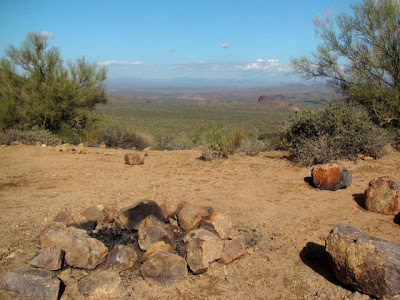 Somebody's even camped up here. 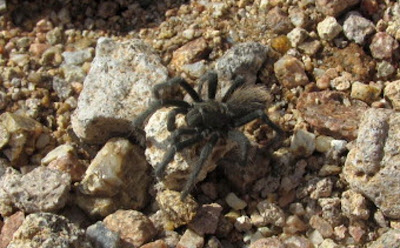 On the way back down, we spotted what I think is a tarantula. It was small though, so maybe it was a baby. 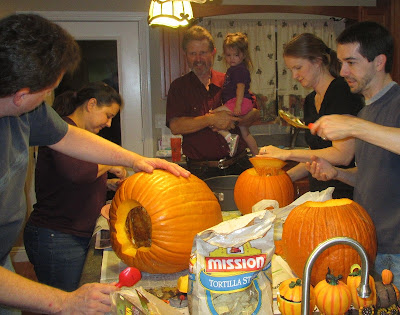 After flying back to Phoenix from Pennsylvania, I ran over to San Diego to see the grandkids on Halloween. The night before the big day, there was a pumpkin carving party at Brian's brother's house. 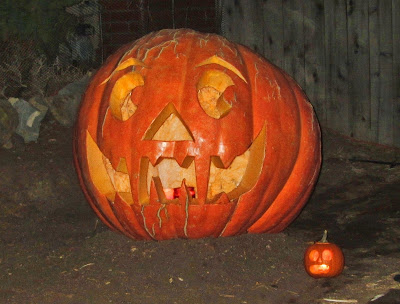 A neighbor of theirs had 2 gigantic pumpkins in their yard. Here's one, next to a normal size pumpkin. 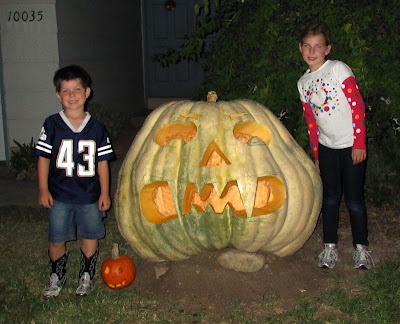 We talked to him earlier and he told us he had grown them himself. Wow! 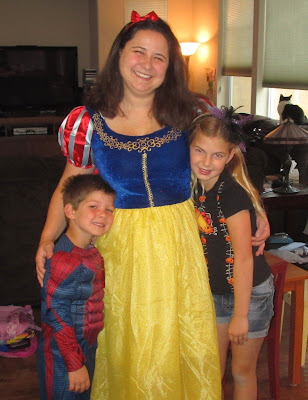 The next morning, it was off to school for the kids, and work for Dr. Corrie. Can you imagine a kid going to the doctor, and finding out you would be treated by Snow White? 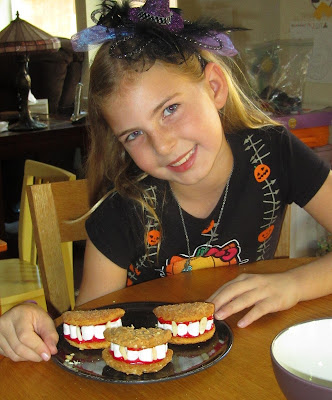 After school, the kids made Dracula's Dentures. The directions are here. 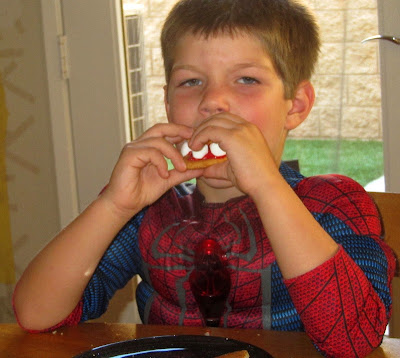 Jonathan made one too, but it quickly disappeared. 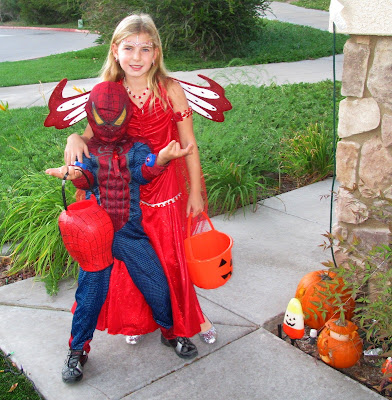 Finally - the time for trick-or-treating has arrived. 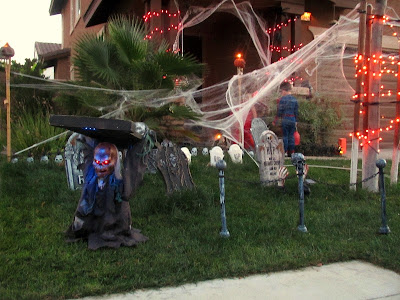 The neighborhood really gets into the spirit. 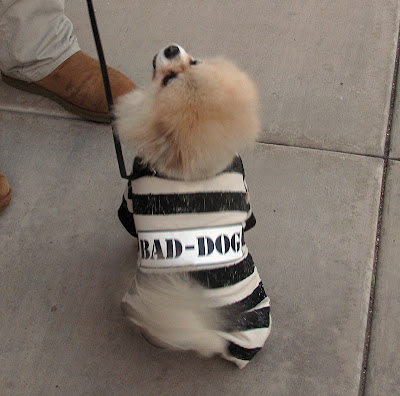 Even the dogs can go!

New this year in the neighborhood - a spider for Spider-man. 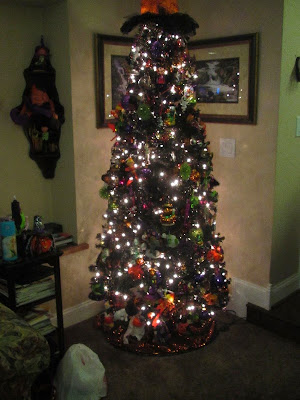 Then we went over to Brian's parents' house for pumpkin soup and pulled pork sandwiches - Yummmm! I didn't get a good picture of the outside of their house, but here's their full-size Halloween tree. 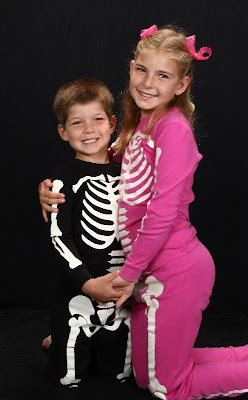 The kids and their cousins had their photos taken professionally a couple weeks ago in their skeleton pj's.