My Road to Fulltiming

I've been asked to explain how and why I came to be doing what I am doing. 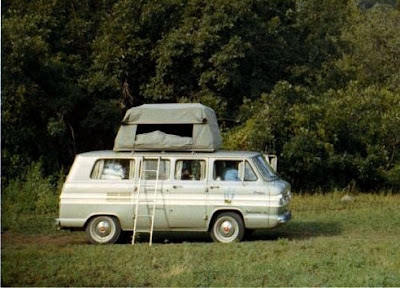 My first experience with camping (other than Girl Scout camp) was in my parents brand new 1964 Chevy Greenbrier camper van. My sister and I slept in the tent on top. Okay as long as the wind didn't blow too much... 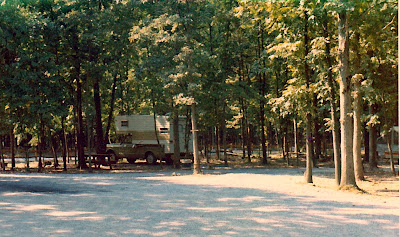 Then in 1970, my parents got a truck and slide-in camper. My ex-husband and I went on our honeymoon in it - this is a picture of our wedding night! 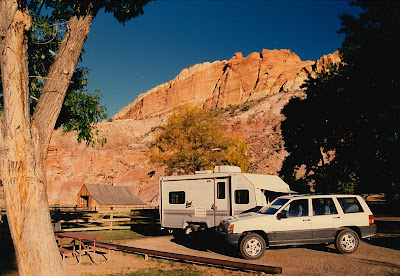 Skip forward to the mid-1990s. My kids were in college and I was a self-employed CPA, primarily doing taxes, so I was able to travel a lot when it wasn't "tax season."

I realized I could travel for months at a time if I had an RV. So I bought a 19-foot Nomad travel trailer and the first of two Jeep Grand Cherokees to pull it. 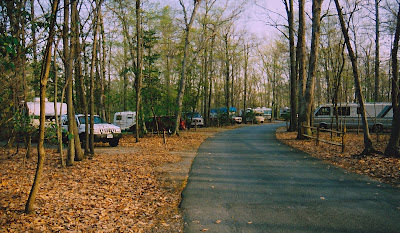 I met up with other single RVers at campouts with the Virginia LoWs (Loners on Wheels), then later with the WINs. 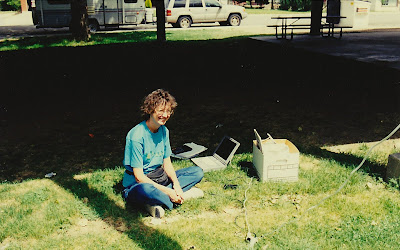 I hardly ever stayed in campgrounds with electricity, but I managed to find it whenever I had some work to do. (My laser printer would not run off an inverter.) 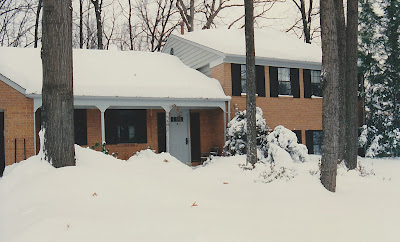 I was having a wonderful time, but every year I had to come home to this! So I finally figured out that I could either have a house and a job, or have no house and no job. The second option sounded better to me! 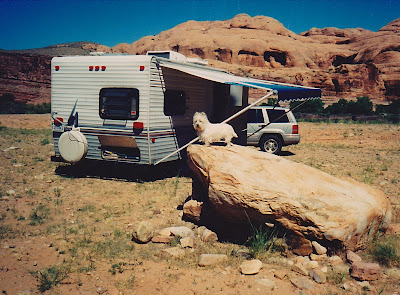 So I sold the house and the business in early 1999, and took off for good. 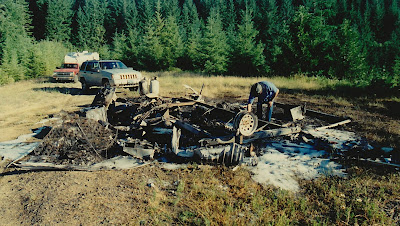 Unfortunately, I had a major setback in July 1999 when I went for a walk in an Oregon forest and came back to find the trailer in flames. Fortunately, my dog was with me, and I had disconnected the car. Notice that the only thing that didn't burn or explode were the propane tanks! I still don't know what caused the fire. 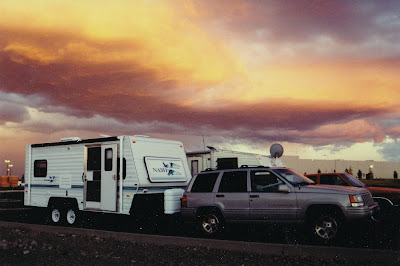 But within days, I had a brand new 21-foot Nash trailer with the same layout as the Nomad. And I had a wonderful time shopping for the perfect things to replace what I had lost. 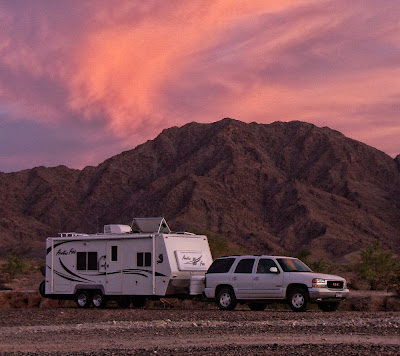 So that's a little about my fulltiming history.
Posted by Diana at 7:55 PM