The Last of Rapid City 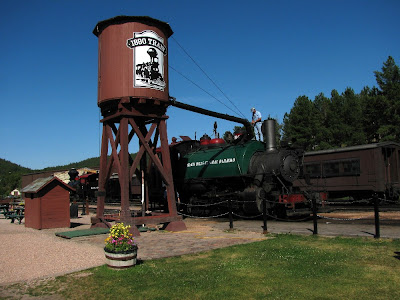 I did a lot in Rapid City, but I promise this is the last of it! One afternoon, I took the 1880 Steam Train from Hill City to Keystone and back. The 1880 is just a name, not a date of manufacture, and was named because it was likened to riding a train in the gold rush era of the 1880s.

The train route was laid down back in the 1890s, and today there are lots of road crossings where the whistle gets blown. Since there is no turntable, the engine goes backwards from Hill City to Keystone. 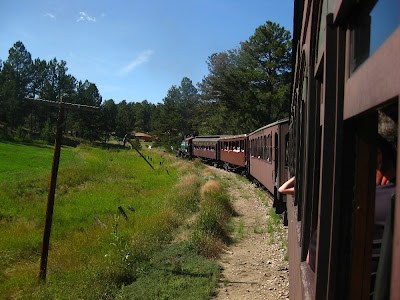 It's a 10 mile ride each way, and the train goes only 10 mph. Those are old telegraph poles, not telephone. 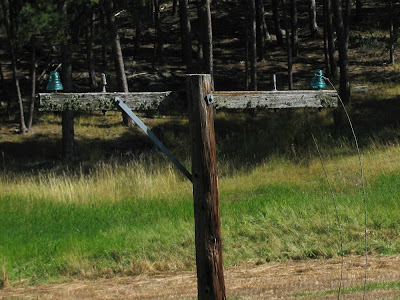 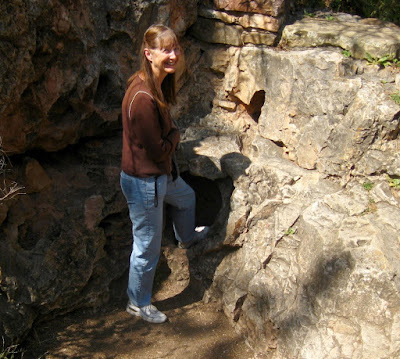 Another adventure was to Wind Cave National Park. This is the 4th largest cave in the world, with 131 miles of explored passages, all within one square mile of land. There may be as much as 1000 miles in total.

I took the Natural Entrance tour. This little hole by my left foot is the natural entrance. What? I have to squeeze in there??? Actually, they built a nice revolving door entrance right around the corner. Whew.

Wind Cave was named because the wind at the entrance can be up to 70 mph, depending on the relative barametric pressure inside the cave versus out. 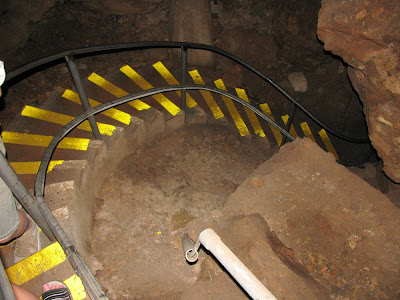 The tour has 300 steps, of which only 7 are up. I couldn't figure this out until the end, when we were loaded onto an elevator! Yippee! 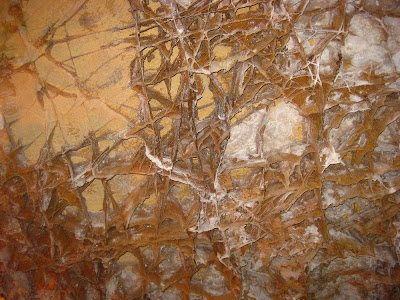 Wind Cave is famous for its "boxwork," shown here. No other cave in the world has this amount of boxwork. The boxwork was formed when tiny cracks in limestone were filled with calcite. As the cave formed, the crack fillings were revealed. 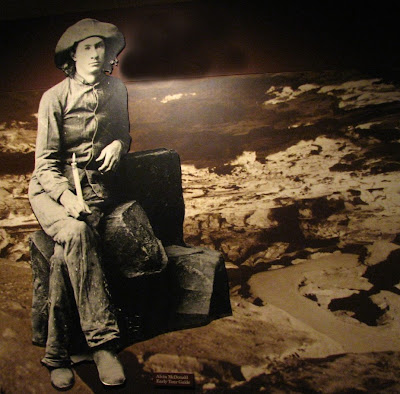 Alvin McDonald was not yet 18 when he began exploring the cave in 1890. He mapped many miles and gave up finding an end to the cave. He always laid out string so he could find his way back. I'm sure his parents appreciated that. 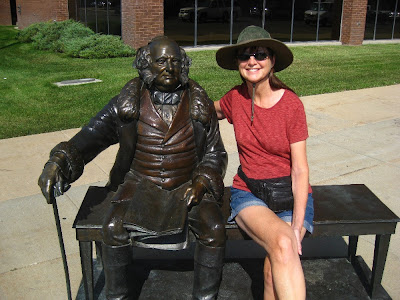 Downtown Rapid City contains lifesize statues of all the American presidents. I walked around and looked at many of them, but Martin Van Buren was the only one who invited me to sit down. 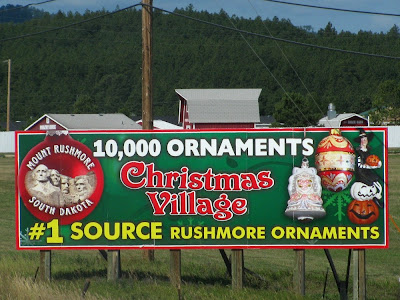