Biltmore House in Asheville, NC, built by George Vanderbilt in 1895, is America's largest home. It has 250 rooms, including 43 bathrooms. Bathrooms themselves were a rarity in 1895, let alone 43 of them!

The tickets are a little pricey, and photographs aren't allowed, but I was glad I went. 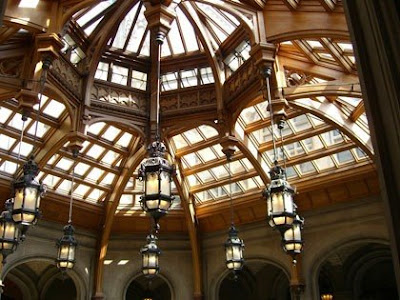 One of the first things you see when you enter in the winter garden, with its beautiful glass roof. Although Thomas Edison didn’t introduce the incandescent light bulb until 1879, the house was wired for electricity and electric lighting when construction began only ten years later in 1889. Since they didn’t know whether the country would use alternating or direct current, it was actually wired for both. 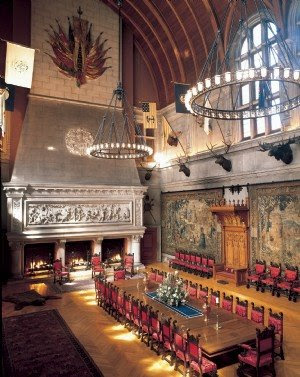 The impressive banquet hall with a seven-story ceiling was the scene of dinner parties, holiday celebrations, and "intimate" family meals. The Vanderbilts were great entertainers, and frequently had guests who would stay a month or more. 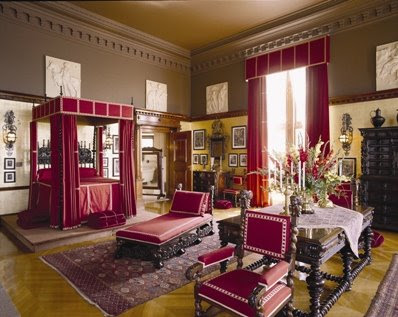 Mr. Vanderbilt's bedroom had a commanding view of his estate. 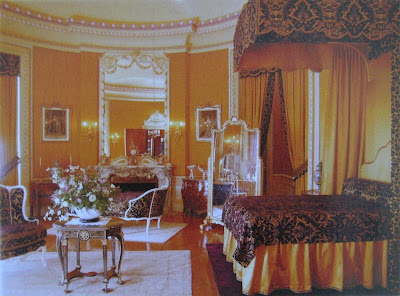 Mrs. Vanderbilt's bedroom, with purple and gold silk fabric in a Louis XV style. They apparently needed separate bedrooms because it was improper for servants of the opposite sex to be in a bedroom. They had only one child, Cornelia, born in 1900. 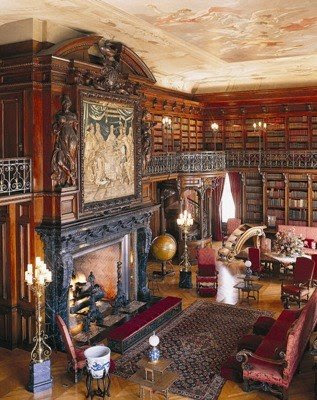 Vanderbilt was supposed to be the best read man in the country. The library contains more than 10,000 volumes in eight languages. 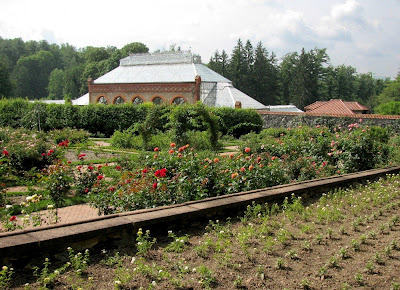 Outside are many gardens, and a conservatory, although they might have been better a little later in the season. 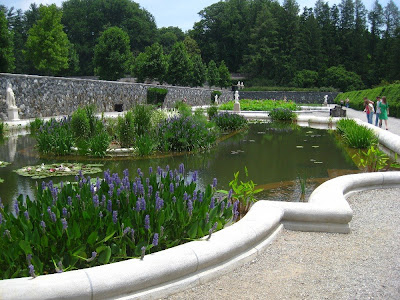 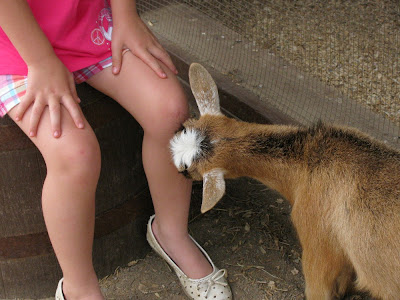 River Bend Farm was once the center of working life for Biltmore farm workers and their families. Today it has been restored, and includes a variety of animals in the barn, gardens, and demonstrations of the crafts and music of the day. 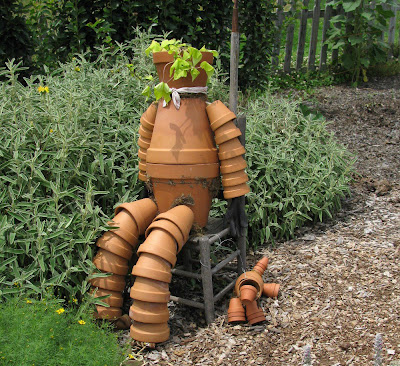 I really liked this creation, although he/she seems to have lost a hand.

I found yet another rendition of "Dueling Banjos" here. I never get tired of it, and used to have it as the ringtone on my cell phone.

American clogging began in this area of the country, and I got a really good lesson. She had taps on her shoes, which helped me see what she was doing.
Posted by Diana at 11:43 AM