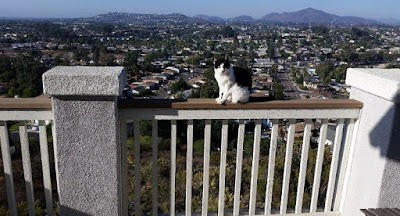 Fortunately, going down Highway 395 leads directly to San Diego, home of my daughter. Their new home is high on a hill overlooking the entire city. Grandcat Ariel was trying to scare me to death on their balcony fence. 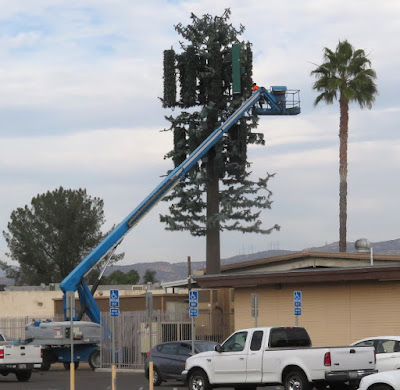 I stayed at the Elks Lodge in El Cajon. I've stayed here many times before, and they always seem to be repairing this pine tree... 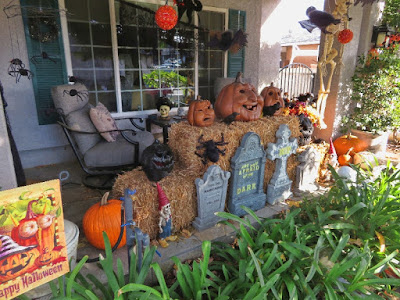 We made a trip over to the other grandparents' house, probably the most decorated house in the city. This is only a tiny part of the decorations. 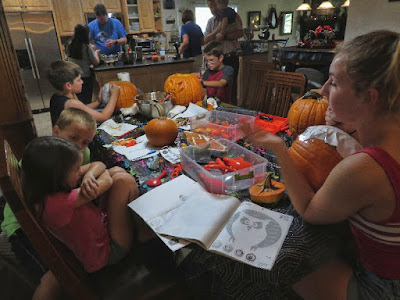 We're here for a pumpkin carving party for my grandchildren and their cousins. 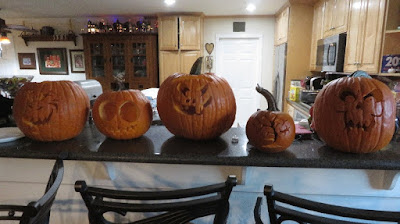 Some of the results. 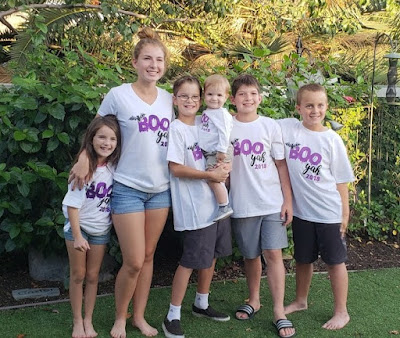 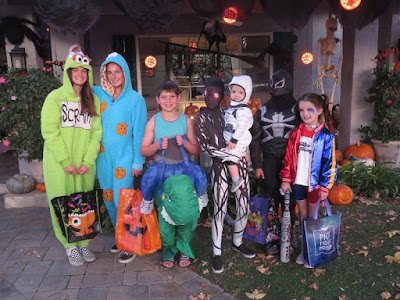 We went back again on Halloween night, joined by Mara's friend on the left. 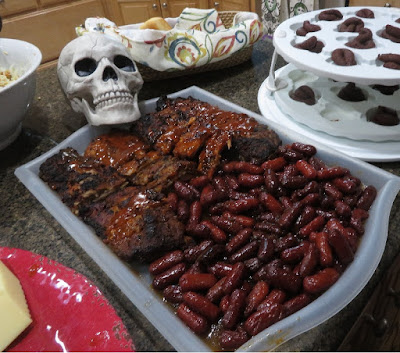 We had a very nice dinner, including ribs and intestines - 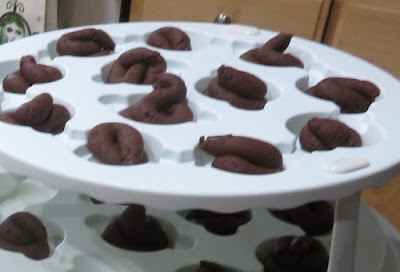 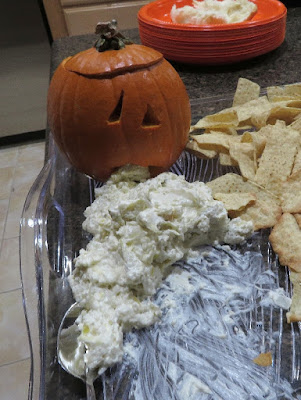 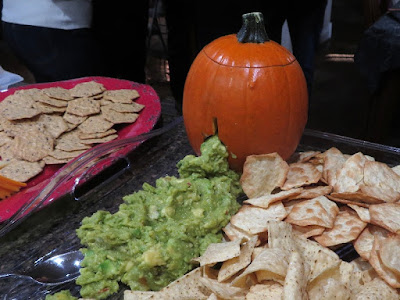 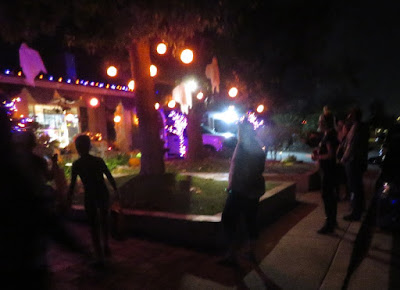 Their house is so popular that there was a crowd out in front!

Well, I've done the Lewis and Clark circuit all the way from Kansas City to Astoria, then down the Oregon coast, across Northern California, then all the way down Highway 395 to San Diego! Time to settle in for the winter.