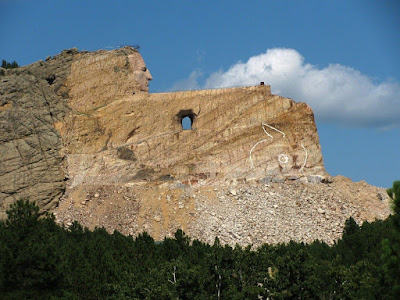 Crazy Horse Memorial is a work-in-progress located near Rapid City, SD. When completed, it will be the world's largest statue. The memorial is a non-profit undertaking, and receives no federal or state funding. 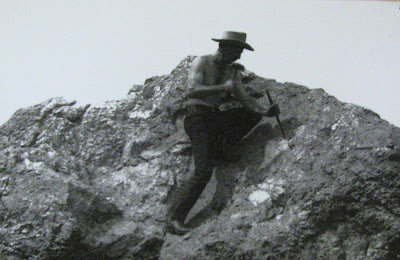 The mountain carving was begun in 1948 by sculptor Korczak Ziolkowski, who had worked on Mount Rushmore under Gutzon Borglum. In 1939, Ziolkowski had received a letter from Chief Henry Standing Bear, which stated in part "My fellow chiefs and I would like the white man to know that the red man has great heroes, too." He worked with dynamite and machinery, so I think this picture just represented the first chip. 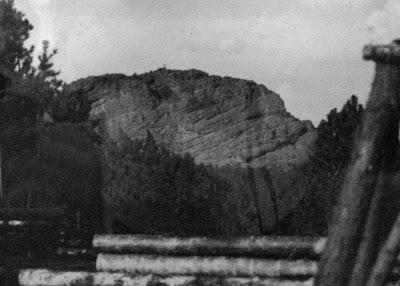 This is Thunderhead Mountain, chosen for the project. 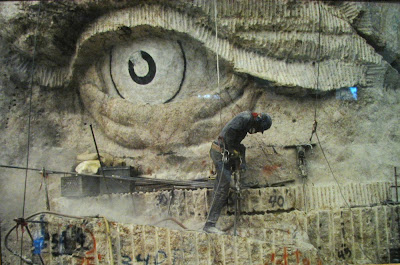 Ziolkowski died in 1982. Ziolkowski's wife Ruth and their ten children remain closely involved with the work, which has no fixed completion date. This is a photo from 1993. 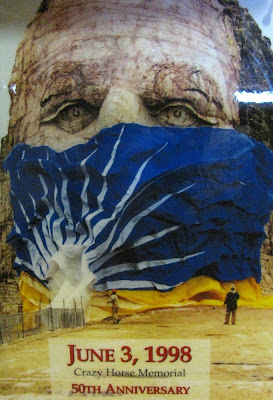 In 1998, the 50th anniversary of the project, the face was unveiled. 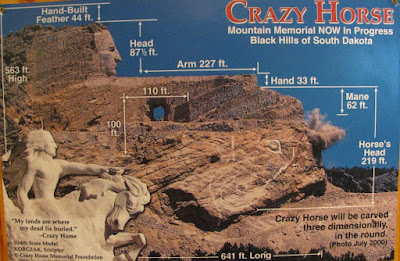 This gives you some idea of the gigantic dimensions of the memorial. 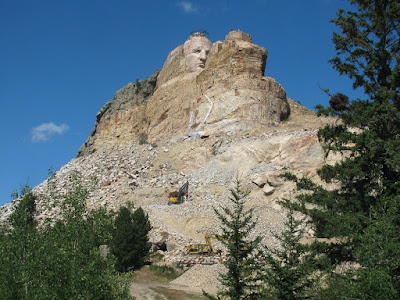 I paid a little extra to take a bus tour to the base of the mountain, where you can also see a lot of the equipment they use. 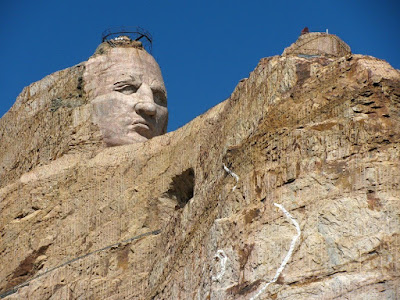 I thought it was a much better view than from the visitor's center. 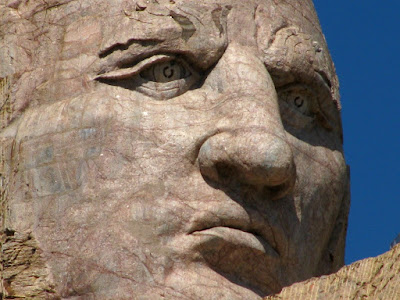 With my Canon SX110IS, I could zoom right in on the face. 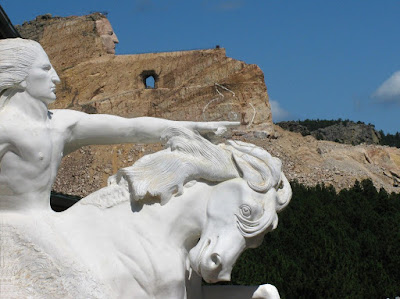 "My lands are where my dead lie buried," supposedly said by Crazy Horse, is the intended interpretation of the monument's expansive gesture. 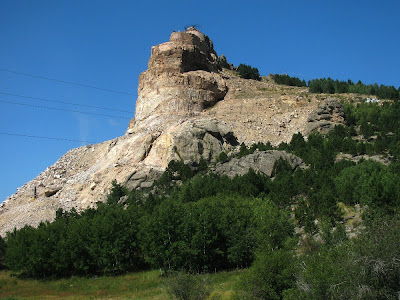 I also got to see the back side of the mountain. 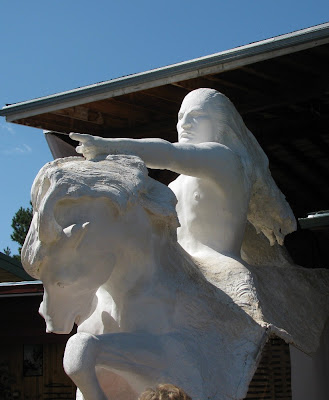 When finished, the mountain will be carved three dimensionally in the round. This is what the back side will look like. 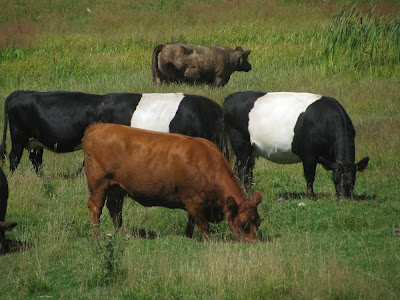 One added bonus of the bus tour was that I got to see some very unusual cows. Apparently, this is where Oreos come from.
Posted by Diana at 6:06 PM