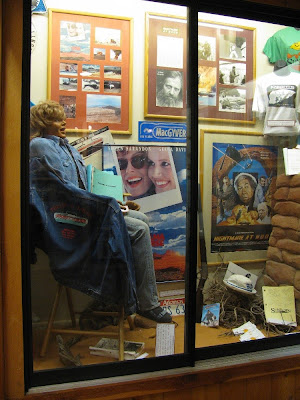 Moab is such a beautiful location that it's been used for many movies. There's a little museum I like about all the different movies that have been made in the area at Red Cliffs Ranch on Highway 128.

Most are Westerns, but I'm more familiar with the others, like "Thelma and Louise." They even have the Thelma that went over the cliff. 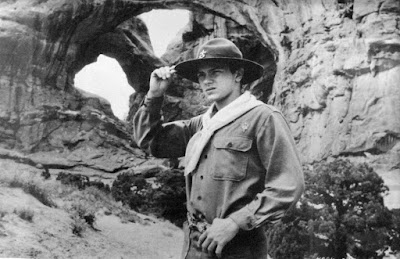 Another movie I remember most that was filmed here was "Indiana Jones and the Last Crusade," which opens with River Phoenix as Young Indy under Double Arch in Arches National Park.

There are lots of petroglyphs in the area. This one is 125 feet long and right along Hwy 279 on the way to our campsite. Lots of horned anthropomorphs holding shields, other animals, and abstract images.

The age of these images is difficult to determine, but they were made sometime between A.D. 1 and A.D. 1275. 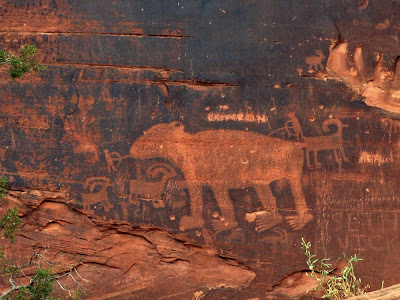 This one nearby shows a large bear with a hunter at the bear's nose and another over its back, along with several bighorn sheep. 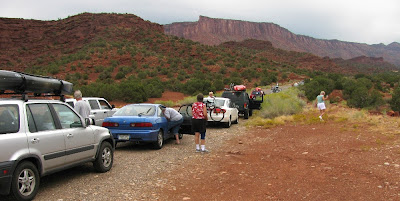 It was a hot day so we all decided to do the La Sal Mountain Loop road, which goes up to 8000 feet or so. It's easy to follow the WINs, just look for all the kayaks. 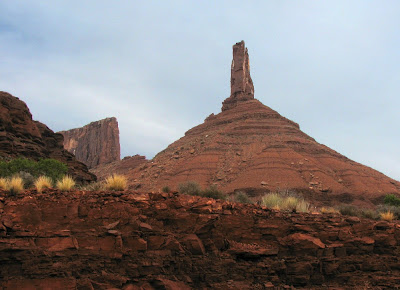 We went right by Castle Rock, which has been in lots of car commercials. 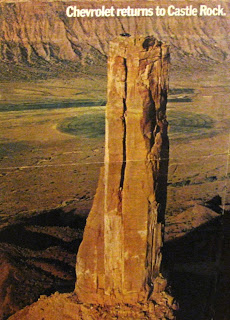 They had to take this car up by helicopter in pieces. It was quite an operation back in 1973. Now they can just do it with Photoshop! 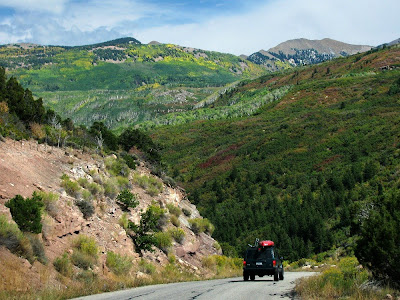 The aspens provided some nice color as we got near the top. 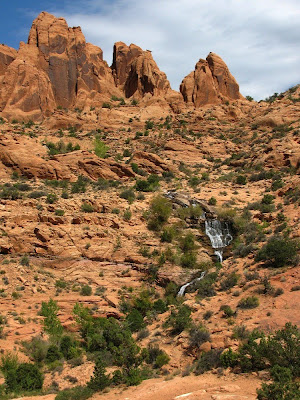 Near the end of the Loop is the most amazing sight -- a waterfall right in the middle of the desert! But don't get too excited. It's called Faux Falls, because it was artificially created when water was diverted from a creek to fill up a nearby lake in 1981. 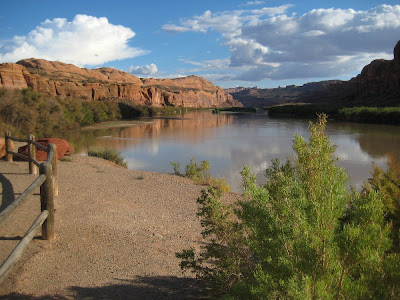 And lastly, another view from our group camp site, right along the Colorado River.
Posted by Diana at 3:07 PM