Quartzsite - 20 Years After My First Visit!

Twenty years ago, when I was still working, I flew out to Quartzsite, just to experience it, because I thought I would never be able to go there. I worked hard during tax season, and Quartzsite seemed to interfere with that. Little did I know that I would retire the following year...

This year I intended to park the first week with the RTR (Rubber Tramp Rendevouz), but it was too crowded, so I parked in the next wash with the Boomers. But I still walked over to several of the excellent seminars at the RTR. Unbelievably, there were over a thousand attendees there. 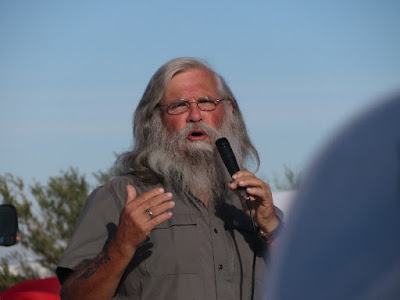 Bob Wells was a fantastic host. 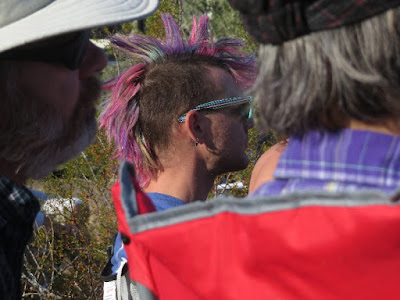 There were some real characters there, but they were all really nice. 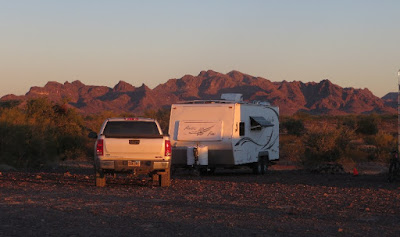 For the second part of my Quartzsite visit, I moved over to where the WINs were parked on Plomosa Road. 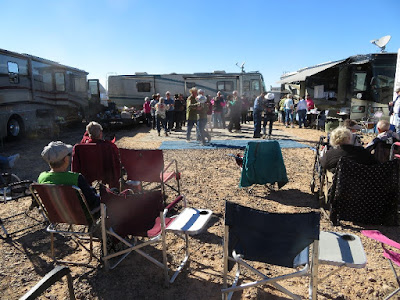 I visited the Escapees Solos often. They were parked across the road from us, and had a great Dance in the Desert one afternoon. On another day, the LOWs had a wine and cheese party with dancing. They were also parked on Plomosa Rd. 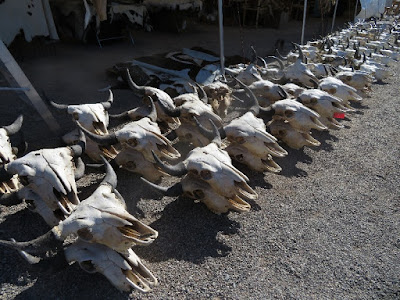 I did a lot of shopping while in Quartzsite, but didn't buy much. This was one of the most unusual vendors there... 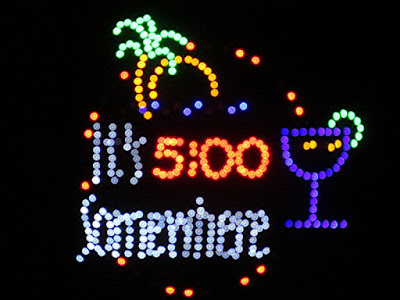 My favorite WIN activity there was the trip to the Somewhere Bar in Bouse, just up the road from us. 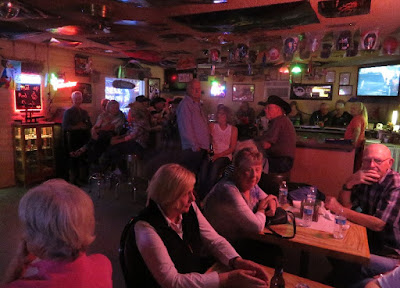 Each year, they open up and provide a great dinner - 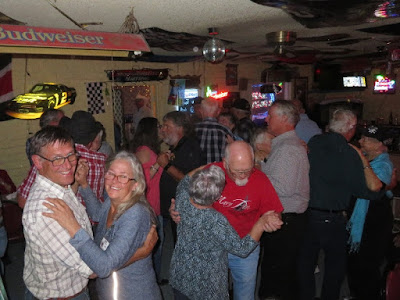 And bring a band in just for us. 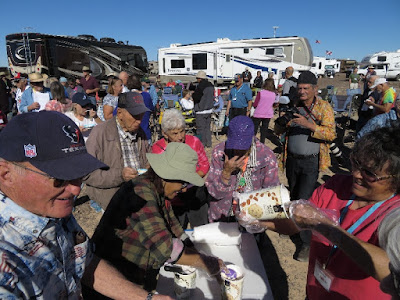 Then it was our turn to invite all the single RVers over to our ice cream social. A great time was had by all! 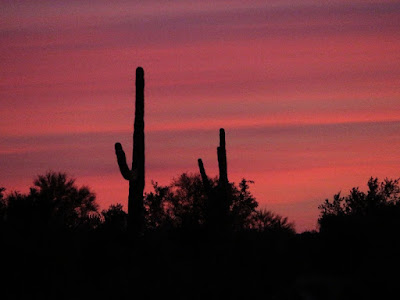 Sunset in the desert!