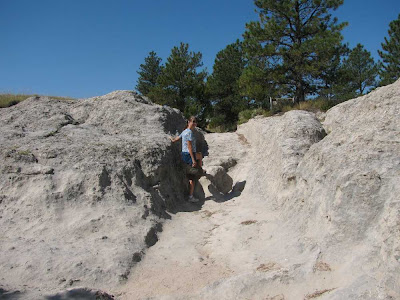 I've always wanted to see some really good Oregon trail ruts, and the best ones are located near Guernsey, WY. 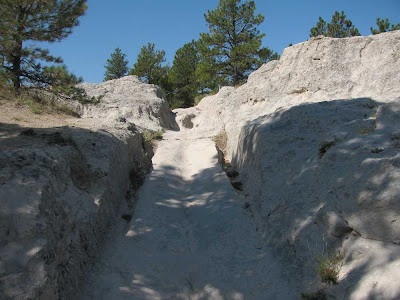 Over 400,000 pioneers used this trail, and their wagon wheels wore deep ruts in the soft stone. The 2000 mile journey took 4-6 months. The Oregon Trail was used from about 1841 until the transcontinental railroad was completed in 1869. 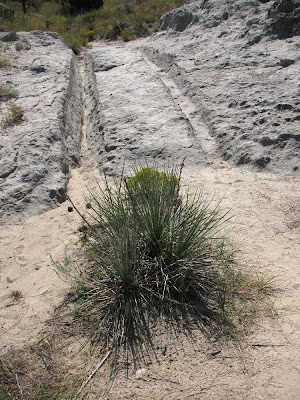 In this part of Wyoming, all three of the major trails used the same path. The Oregon trail, the California trail, which began when gold was discovered in California in 1848, and the Mormon trail, where 70,000 folks inspired by religious fervor followed Brigham Young to the Salt Lake Valley. 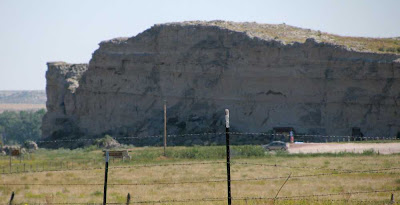 Less than a mile from the ruts in Register Cliff, one of the overnight camp locations in the area. 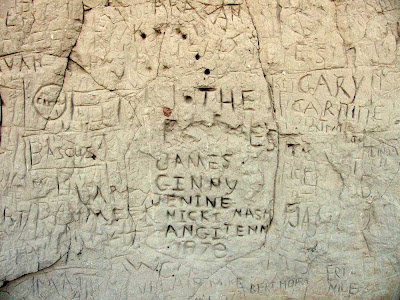 While they were resting here, the pioneers carved their names, where they were from, and the date or year. 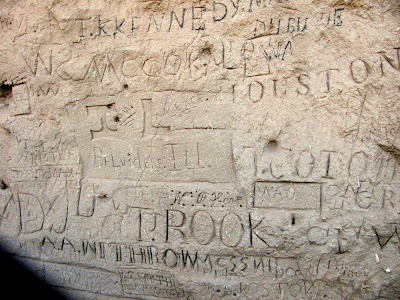 Although there are quite a few newer entries, you can find a lot from the Oregon trail time period.

This one was the easiest to read , probably because black paint was put in the cracks. 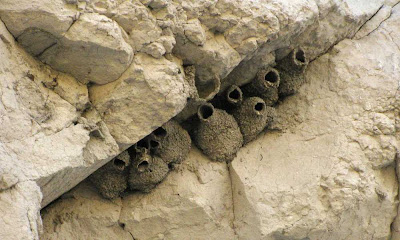 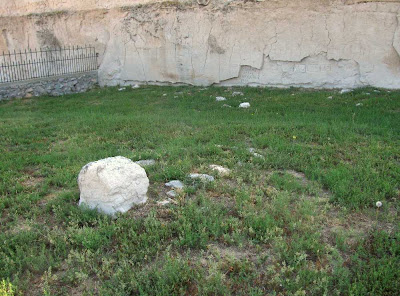 Thousands of pioneers died along the trail, many from cholera, and some are buried under the cliff.
Posted by Diana at 2:13 PM