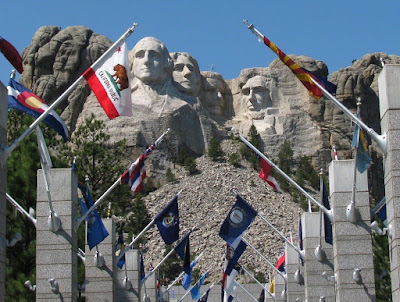 The most visited and famous of the many attractions of the Black Hills of South Dakota has to be Mt. Rushmore. 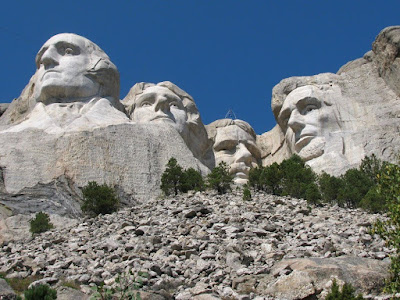 I had been here before, but this time I went on the Presidential trail, where you can get pretty close to the monument, although the view is a little different. 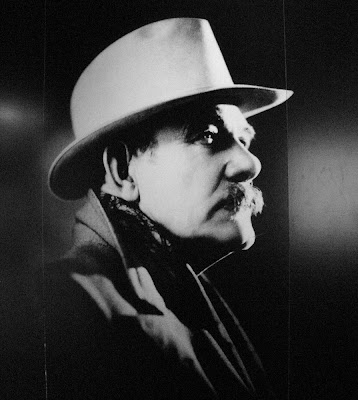 But how did this gigantic sculpture come to be? It was the brainchild of sculptor Gutzon Borglum, who spent 14 years, from 1927 to 1941 on the project. 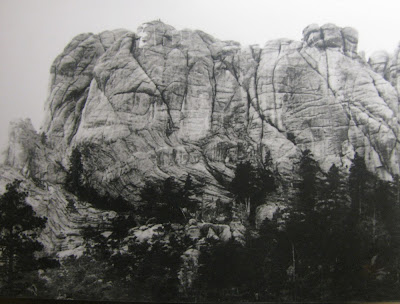 This is what he started with. 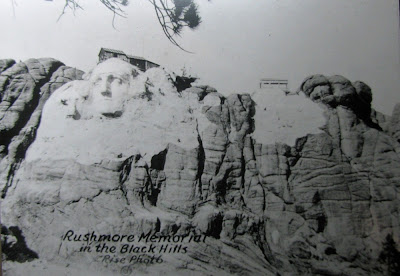 One interesting fact is that Jefferson was initially supposed to be on Washington's right. After 18 months of work, he realized it wasn't working, and Jefferson's face was dynamited off the mountain and carved on the other side.

This is Borglum working on Washington's face. 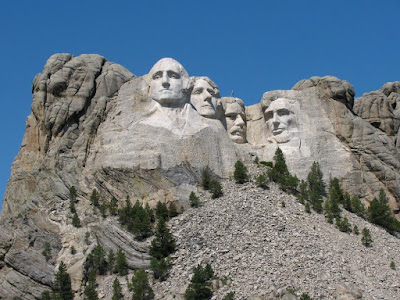 Why were these 4 American Presidents chosen by Borglum? He thought they symbolized the principles of liberty and freedom on which the nation was founded. 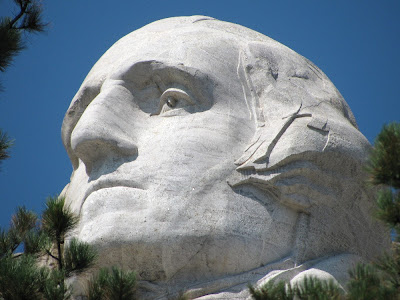 George Washington signifies the struggle for independence and the birth of the nation. 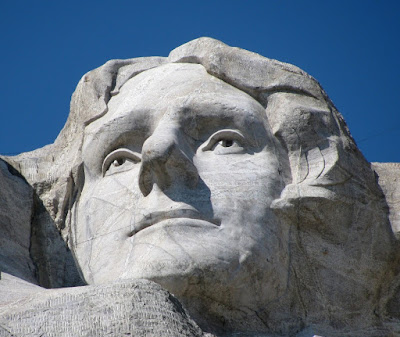 Thomas Jefferson represents the territorial expansion of the country, through the Louisiana Purchase. 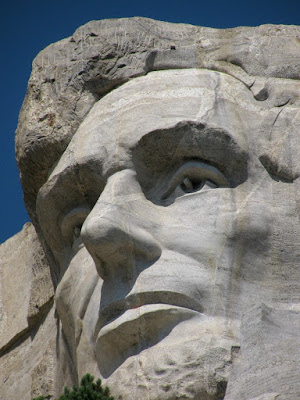 Abraham Lincoln was chosen because of the permanent union of the states, and equality for all citizens. 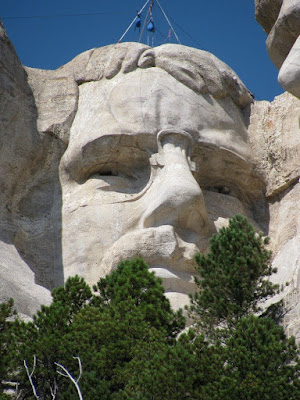 And Theodore Roosevelt for the 20th century role of the United States in world affairs and the rights of the common man.
Posted by Diana at 7:36 PM