Bouncing Between the National Forests Near Flagstaff 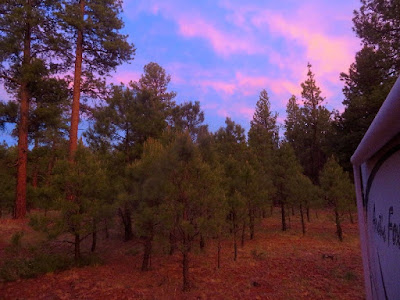 According to Forest Service rules, you can only stay in National Forests for 14 days. But fortunately, there are 2 National Forests around Flagstaff. So after 14 days, I moved from Coconino NF to Kaibab NR. This is a much quieter spot! 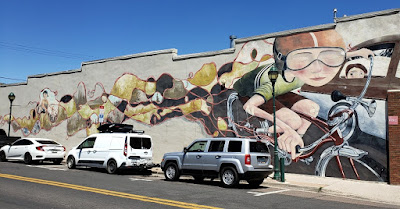 I haven't been doing much, but did go into Flagstaff again to walk around and see more of the murals. 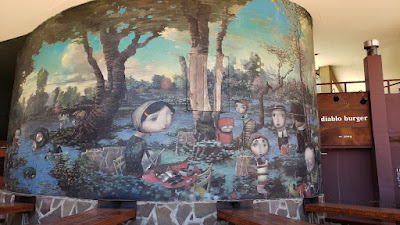 This one was on a round building at a restaurant. 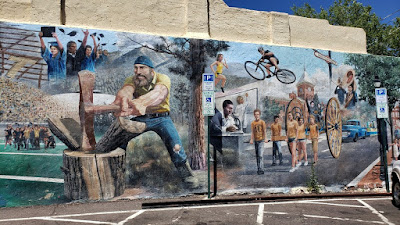 And this one was incredibly detailed! 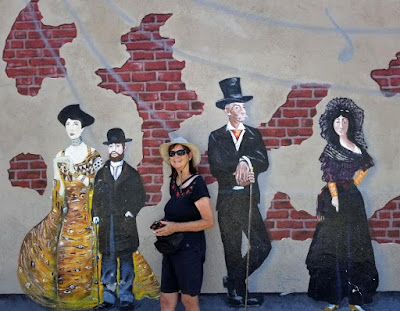 I joined in on this one.

I've been keeping myself busy by doing lots of ukulele, trying to learn Spanish on Duolingo, and looking at pictures of my past vacations - including 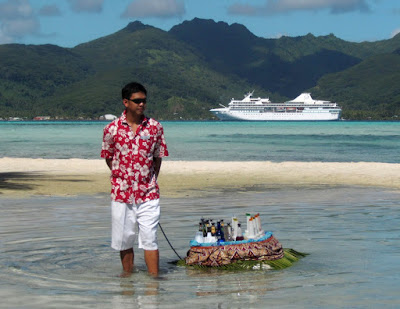 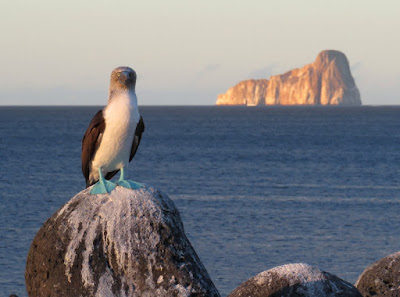 The Ecuador and Galapagos trip in 2016 - 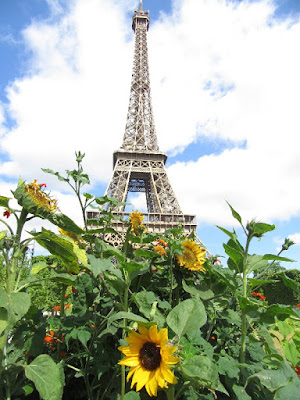 The Copenhagen, Norwegian Fjords, and Paris trip in 2017 - 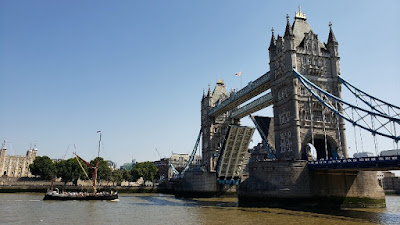 It's Been a Month Since I Last Posted! 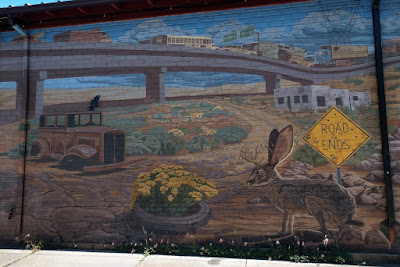 But there hasn't been much to write about...

One day Shar and I went to downtown Flagstaff to see some of the murals. 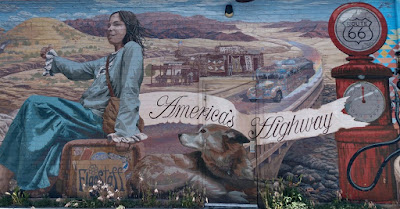 Since Flagstaff is right on Route 66, a lot of the murals are about Route 66. 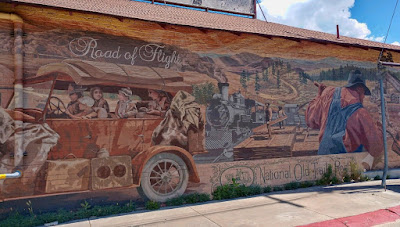 It's also called the "Road of Flight," because it was the best way to get to California during the Great Depression. 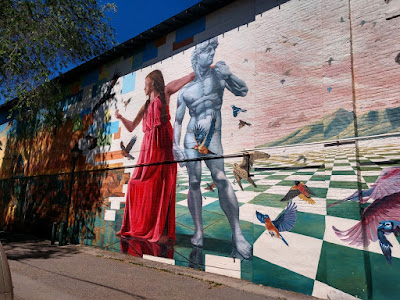 This was the most beautiful mural I saw. 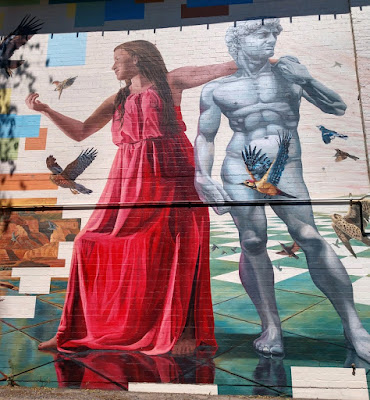 Unfortunately, a bird flew in front of David right when I was taking the picture... 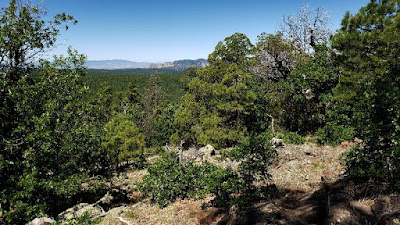 My sister, Barbara, was staying where I was, and we went on a couple of hikes in the area. They were mostly "through the woods" hikes, but occasionally there was a view. 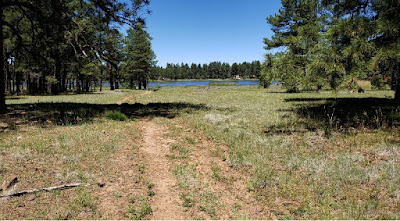 The one hike ended at a little lake, where Ron picked us up. 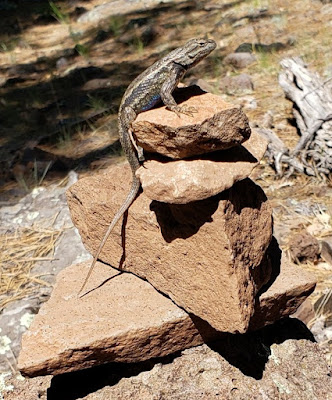 This guy showed us the way. 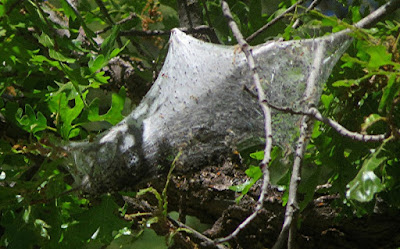 Back at camp, there were a lot of these caterpillar nests in the Oak trees sprinkled among the Pinyon Pines. 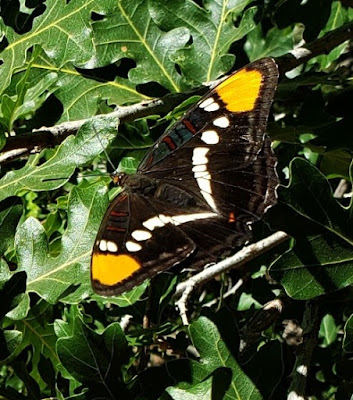 I saw a butterfly I had never seen before - a California Sister. 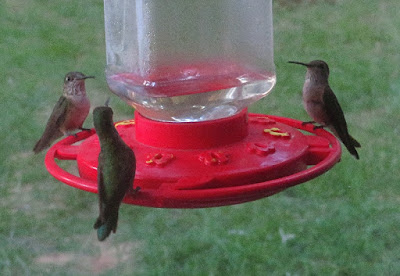 And I have never seen as many hummingbirds at my feeder as here! And they could even share!