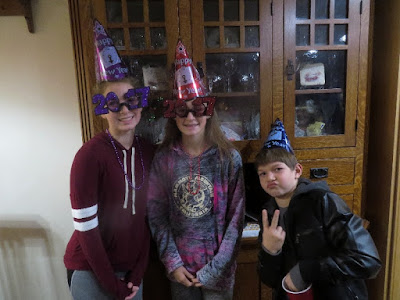 While I usually spend Christmas with my grandkids in San Diego, this year I spent New Years there. Mara, her friend Keira, and Jonathan stayed up until midnight! 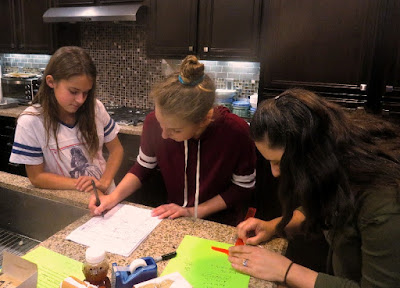 Keira also helped Mara and my daughter Corrie on Mara's very complicated science project on how to make the best marshmallows. Fortunately, there was a lot of tasting involved. 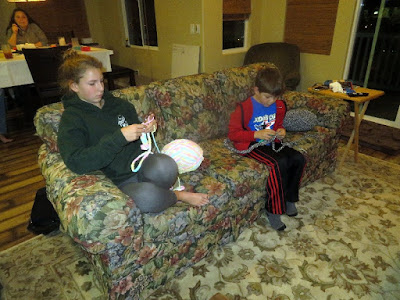 The kids always want to do some crocheting when I go there. This time they learned "double crochet," and the kids decided they wanted to make a blanket! They started out with a very big ball of yarn - 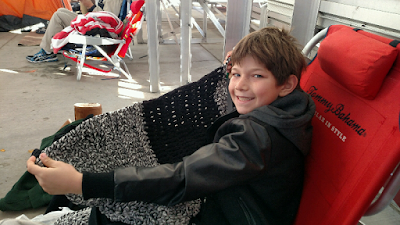 And 2 weeks later, Jonathan was on his 3rd ball of yearn! 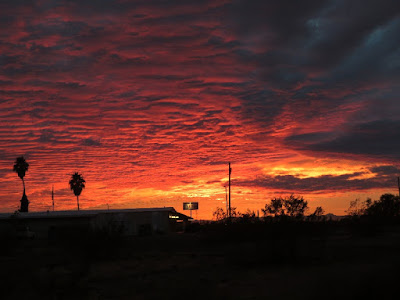 After leaving them, I moved up the the Apache Junction Elks Lodge. The beautiful sunsets just go on and on! 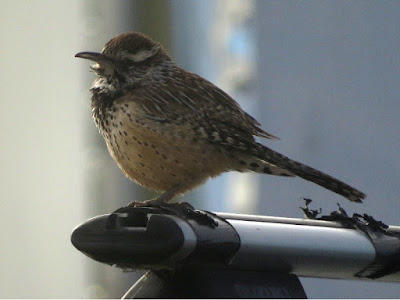 And the birds still welcome me. This time a Cactus Wren. 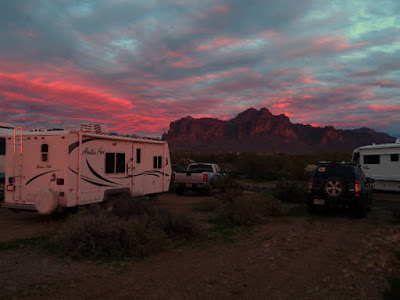 But the best part of the Elks Lodge is their wonderful view of the Superstition Mountains!

Christmas in the Desert 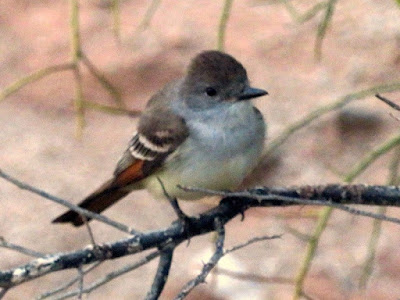 When the WIN annual Christmas gathering began, I moved over to the BLM land behind the VFW north of Yuma. The WINs have celebrated Christmas here for 20 years! I was welcomed by this little guy. 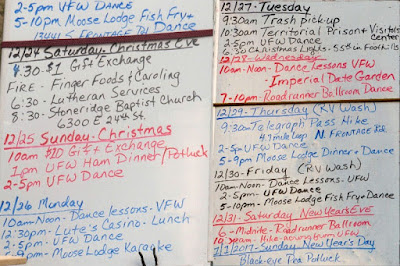 We certainly did not lack activities! 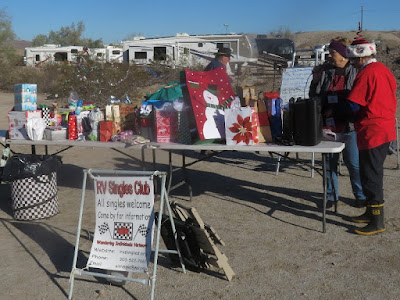 On Christmas there was a Chinese gift exchange. Each gift can be stolen twice. The tall skinny ones were the most popular. (I ended up with one!) 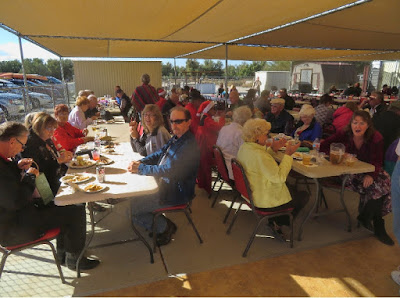 We were invited over to the VFW for Christmas dinner. They provided the ham, and we brought side dishes. 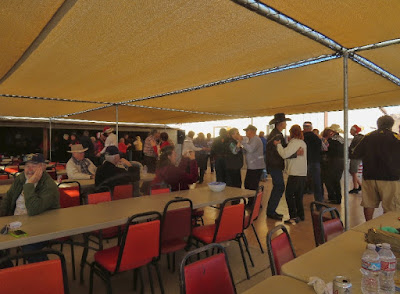 We come here quite often. They have a live band and dancing 6 afternoons a week! 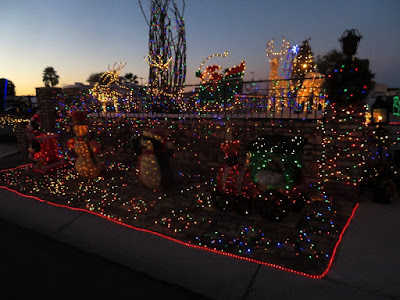 On the day after Christmas, we went out to see the light display on 55th St. in the Foothills. 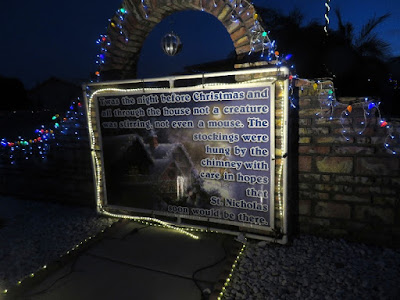 The theme is "Twas the Night Before Christmas" and many of the residents have placards of part of the poem. 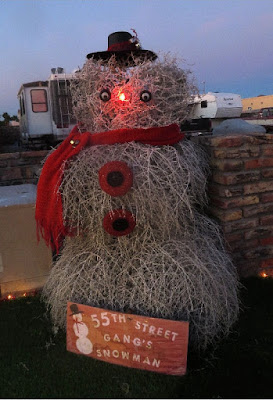 This snowman has been here for many years, and is my favorite. 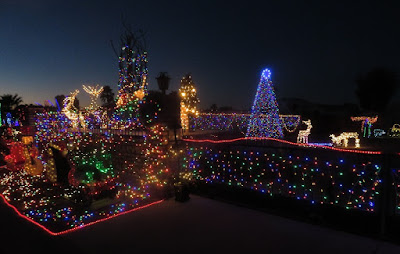 But everyone goes hog-wild with the decorations! 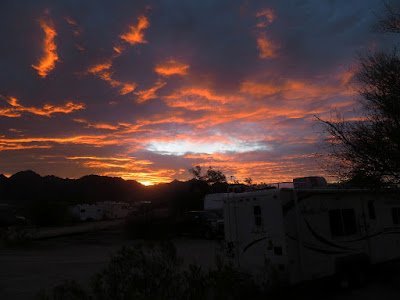 And we had even more beautiful sunsets! 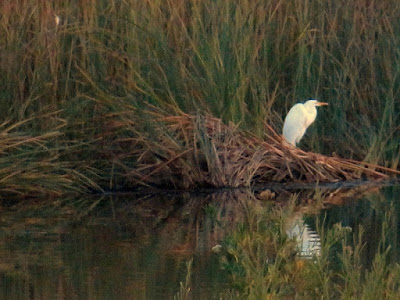 I spent most of the month of December in Yuma, AZ, the sunniest place on earth. For the first part of the month, I stayed at the Paradise Casino, close to walking paths along the Colorado River. 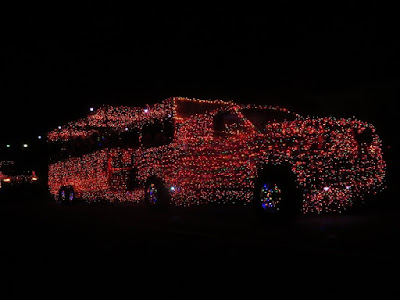 While there, I saw the Christmas Light Parade in Old Town Yuma. 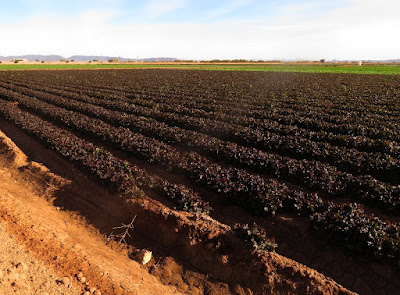 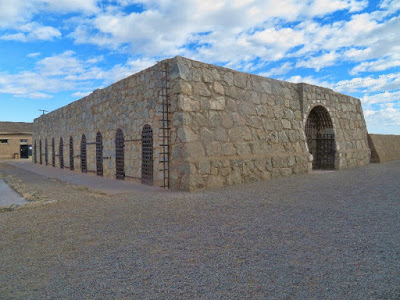 One day several of us went on a tour of the Yuma Territorial Prison. 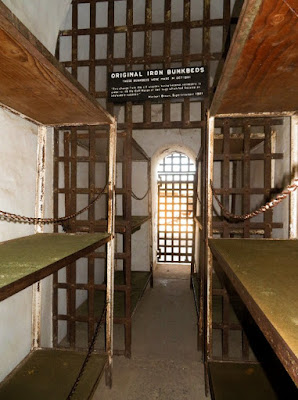 I sure wouldn't want to be locked up here! 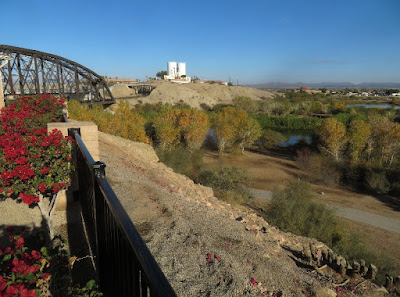 Outside the prison, there is an overlook above the Yuma Crossing, where early California setters crossed the Colorado River. Of course in those days, the river was much wider because there were no dams. 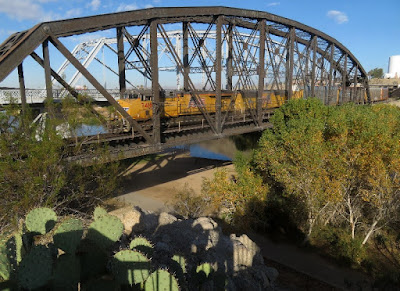 The Ocean-to-Ocean Highway was the first bridge across the lower Colorado River, built 100 years ago. 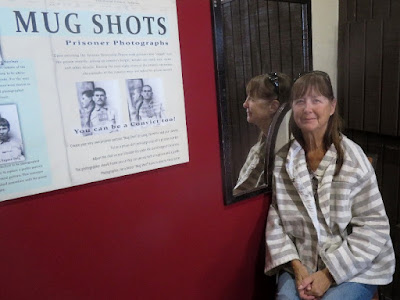 I got my mug shot taken in the prison. They had a unique was of taking a profile and front shot of the prisoner at the same time. 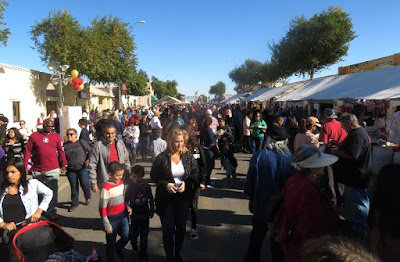 One day we went to another Tamale Festival, this time in Somerton, AZ. I had a delicious tamale, but was too busy eating to take a picture. 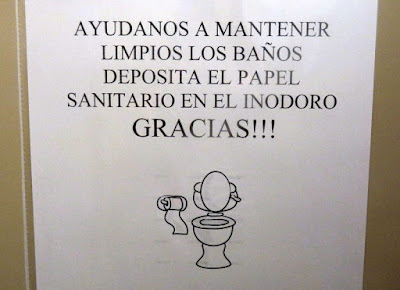 Are we really in the US? The signs in the bathroom were only in Spanish! 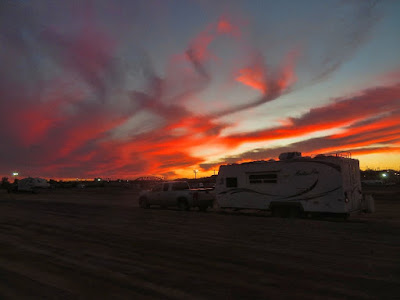 And of course there were more beautiful sunsets!