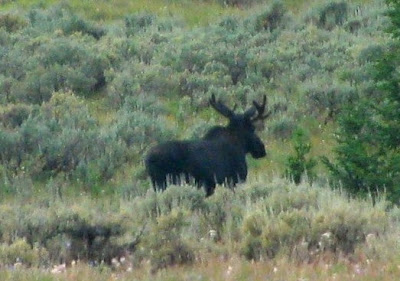 I'm on my way back to Rapid City, SD to renew my driver's license. There's some neat stuff along the way, including this moose I saw going over the Bighorn Mountains in north central Wyoming.

In northeastern Wyoming, Devils Tower rises 1267 feet above the Belle Fourche River. You might remember it from the movie "Close Encounters of the Third Kind." At least that's what I think of when I see it. 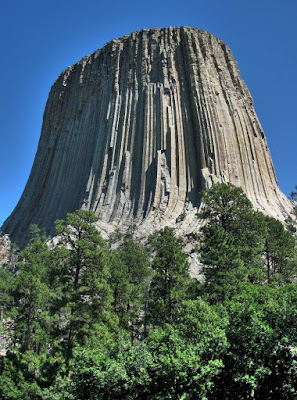 It was the very first US National Monument, named by Teddy Roosevelt in 1906. 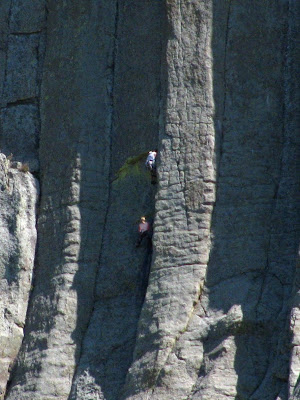 About 5000 climbers come here every year from all over the world. A typical climb takes 4-6 hours, but back in the 80s, Todd Skinner went up in 18 minutes! 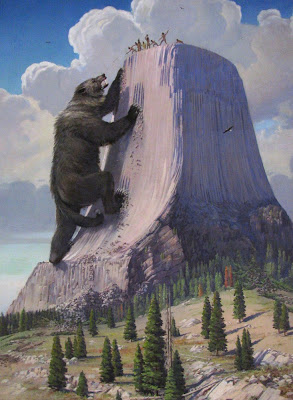 Ever wonder how the ridges got on the tower? Well, the legend is that a rock rose out of the ground to save 7 little girls from a bear. The marks of the bear claws are still there. 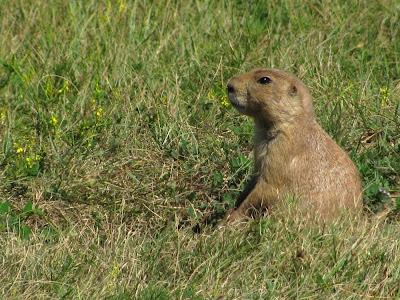 There's wildlife to be seen in the area, but the cutest have got to be the prairie dogs in Prairie Dog Town in the park. They're very friendly, even though you aren't allowed to feed them. 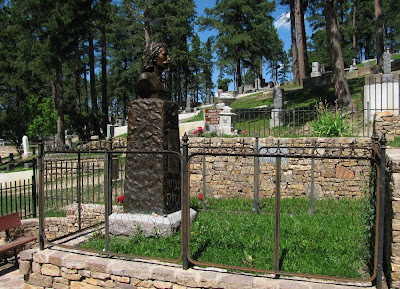 From there I headed into South Dakota. Deadwood used to be an old mining town, but now it's a gambling town. One interesting thing is Mt. Moriah Cemetery, or "Boot Hill," where Wild Bill Hickok is buried after he was shot and killed in town in 1876. 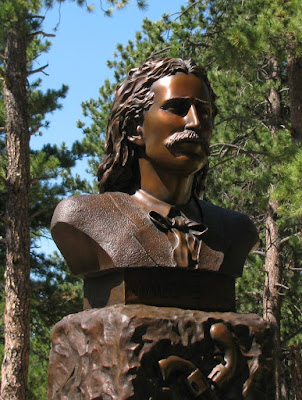 Wild Bill came to Deadwood for the same reason as everyone else -- to find gold. 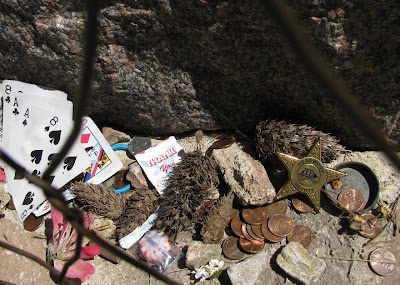 Someone left his hand of Aces and Eights, the "Dead Man's Hand," that he had when he was killed playing poker, his other passion. 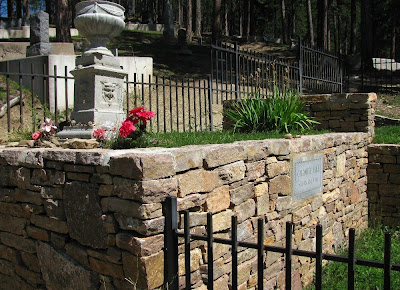 Calamity Jane is buried next to Wild Bill, which was her dying wish.
Posted by Diana at 7:07 PM