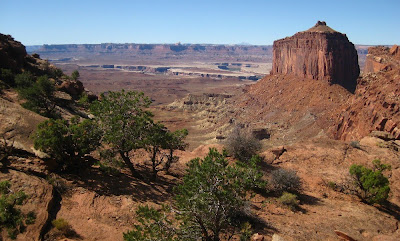 For about 10 years I've seen a picture of an ancient dwelling with the Canyonlands in the background, but I've never been able to find out where it was. A member of the WINs, Linda, knows where it is and has offered to take me, Phil, and Chuck.

It turns out it is what the park service calls a "Class 2 Hike." The Visitors Center will tell you how to get there only if you know enough to give them the name, photograph, or description of the destination. 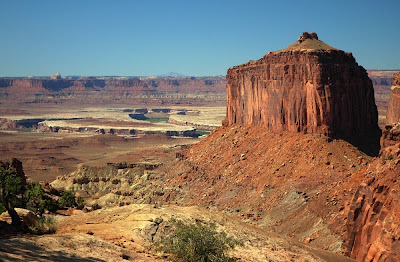 The hike starts out easy enough. Beautiful views, with the Green River in the background. 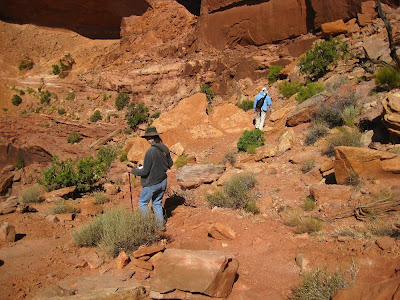 But soon gets tougher, with some rock scrampling on the side of a cliff. 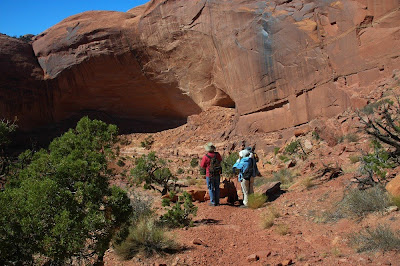 Our destination is up in that small hole in the middle of the picture. 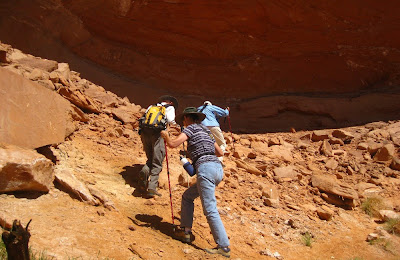 You have to go past it a ways and then work your way up. 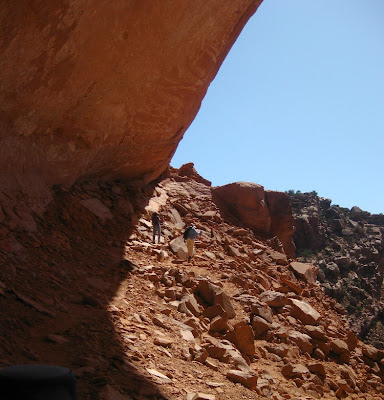 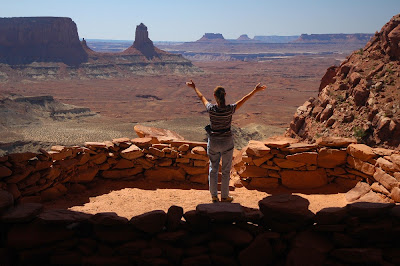 Yippee! I made it! The site is called "False Kiva" because people falsely believed the round structure is a kiva or ceremonial room. However, these structures were fairly common shelters for ancestral Puebloan people living in the area around A.D. 1200. 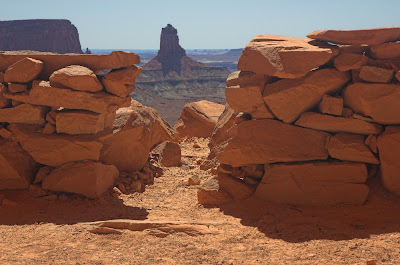 The front door had a great view of Candlestick Tower. 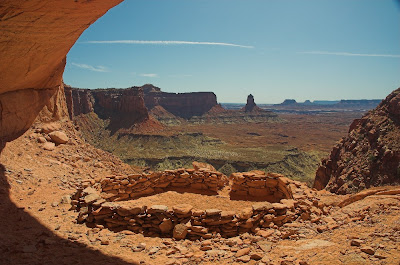 When we got there, the site was half in the sun and half not. Of course we waited around until the sun was just right. I took some pictures in raw format, which I had never done before. This is one of them. 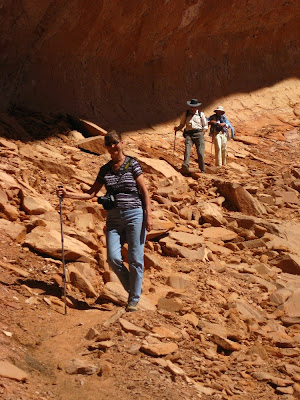 Now all we have to do is find our way back to the car. Phil took most of these hiking pictures, because I was too focused on trying not to kill myself. 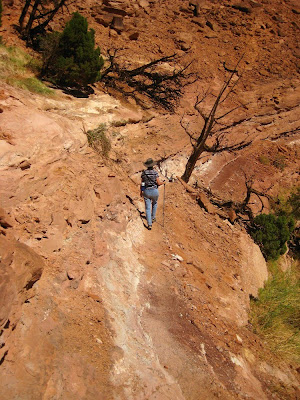