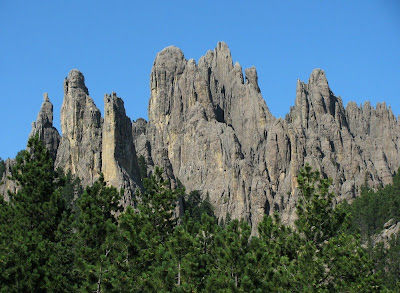 The Needles Highway, named for these needle-like granite formations, in Custer State Park south of Rapid City, SD, is a beautiful drive. 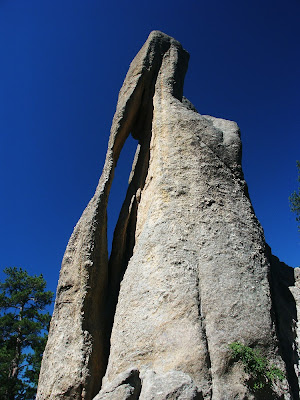 And near one of the tunnels on the road is a unique rock formation called the "Needle's Eye."

But the best thing about the park is the abundant wildlife, including 1500 buffalo. 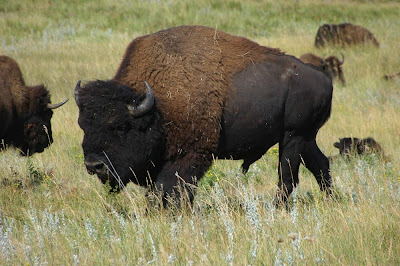 Including this huge guy. 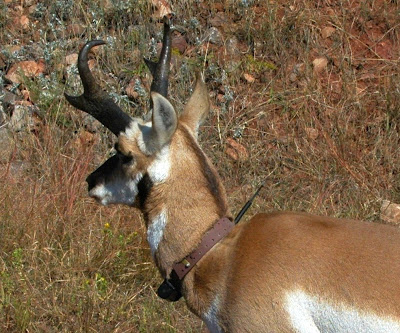 This pronghorn antelope is wearing a collar with antenna. So the visitors center can direct people to where he is? 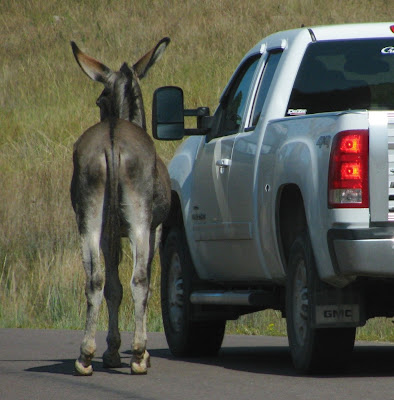 The "begging burros" are the only animals you are allowed to feed. 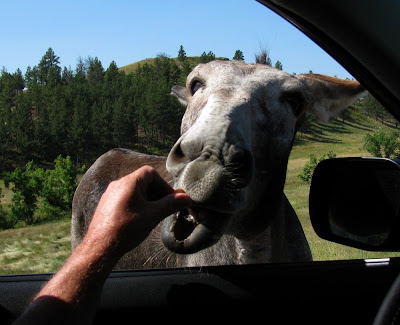 He ate the grapes we offered, but soon went off looking for something better. 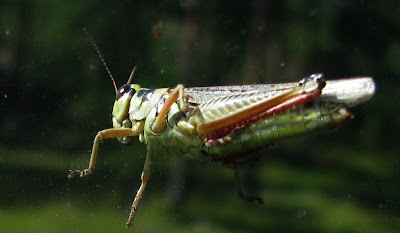 These guys end up all over the front of your car, usually not in this good a condition. 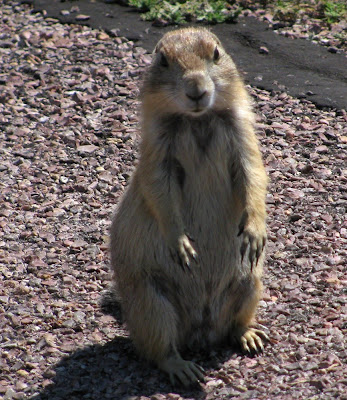 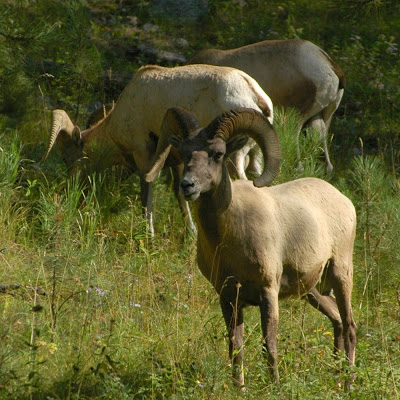 This was a great find -- male bighorn sheep, relaxing among the trees. But where are the women? 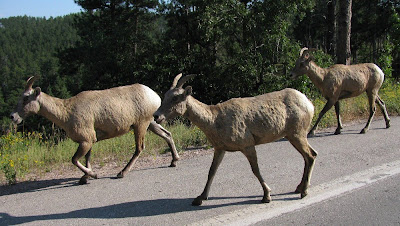 They were several miles down the road, heading away from the guys. I tried to tell them where the guys were, but they wouldn't listen. Maybe they had a fight!
Posted by Diana at 1:35 PM