The Hiawatha Bike Trail, just off I-90 on the Montana-Idaho border, is one of the most scenic Rail-to-Trails in the US. It follows the “Route of the Hiawatha,” the Milwaukee Railroad’s intercontinental railroad, which was completed in 1909.

The best part is that it’s all downhill! You can pay for a shuttle back to the top, but since there were 10 of us, we did our own shuttle. 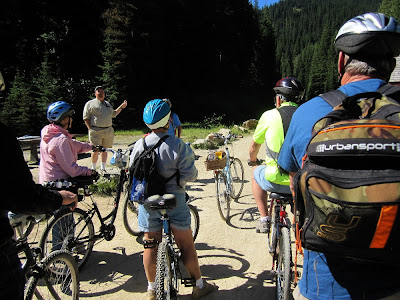 First, you have to listen to the ranger lecture. 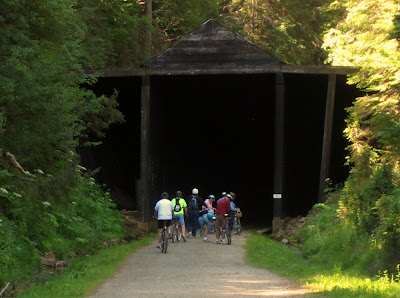 Then off we went into the St. Paul Pass tunnel - 1.7 miles long! It took 750 men, mostly recent immigrants, 2 ½ years to complete the tunnel. The were paid a whole $1 per day. 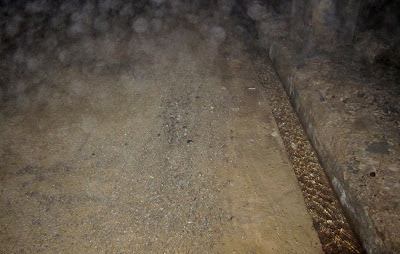 There are no lights in the tunnel other than the ones you bring, and even then you can only see a few feet in front of you. You cross the MT-ID border in the middle of the tunnel. 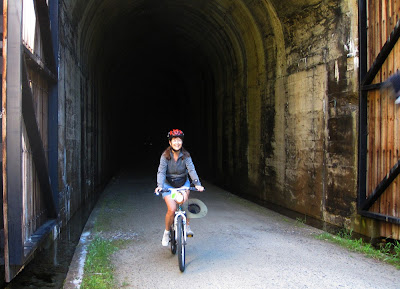 Whew! I made it! There are 10 tunnels along the 15-mile long trail, but none are even close to this one in length. 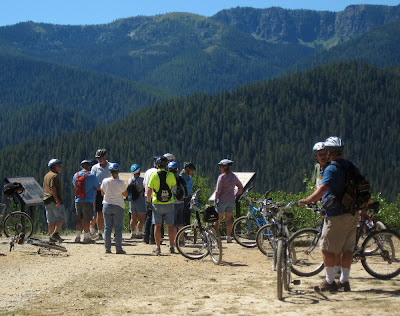 Along the route there are many interpretive signs that share the colorful history of the railroad, the 1910 fire, and old mining towns. 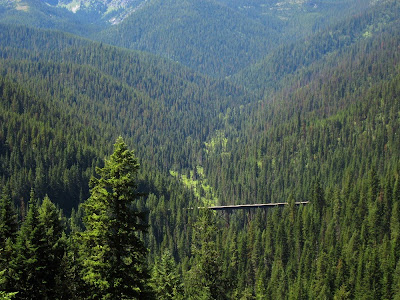 The trail drops 1000 feet over the 15 miles. Looking down you can see one of the trestles we'll come to later on the trail. 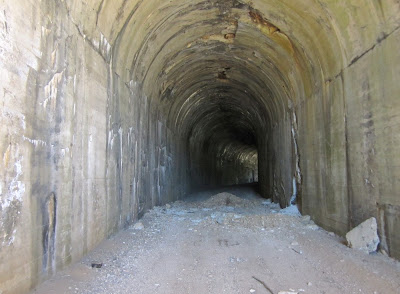 One of the tunnels is closed. The mountainside here is slowly shifting along a fault line, collapsing one side. 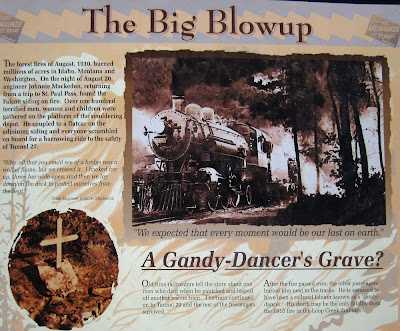 A huge fire burned large parts of Idaho and Montana in 1910, one hundred years ago next month. It was one of the most devastating fires in US history.

There are numerous stories of railroad employees who drove engines and box cars filled with people through the flames to the safety of the longer tunnels. Reportedly over 600 lives were saved in this manner. 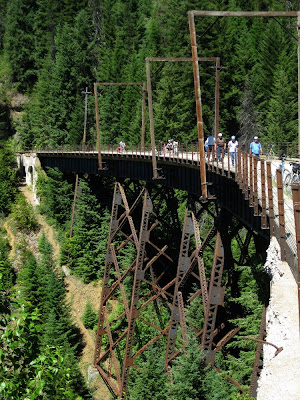 There are 7 high trestles in addition to the 10 tunnels. The trestles were originally made from wood, but quickly replaced with steel. 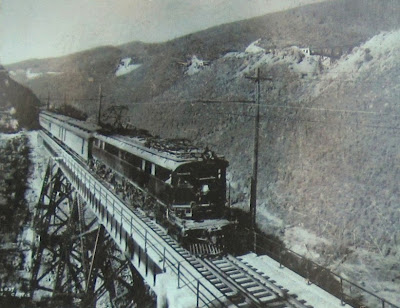 Much of the western portion of the route was electrified in 1916, and electric locomotives ran until 1974, when diesel engines replaced the electric ones. The line was abandoned in 1980 after the railroad went bankrupt. 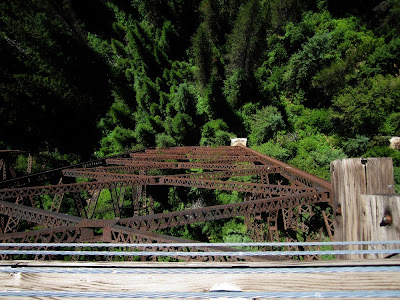 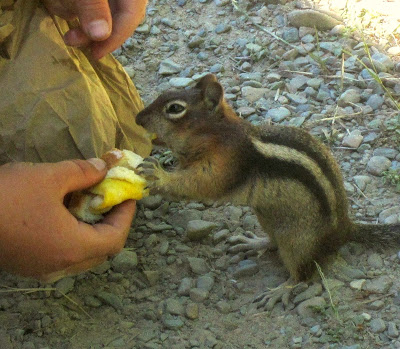 I don’t know what this boy was feeding the chipmunk, but the next one grabbed the whole thing! 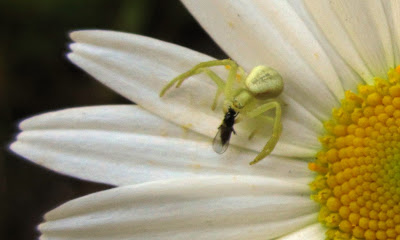 I often take pictures of spots on flowers, thinking they might be interesting bugs, but I was really surprised at this photo I took on the trail! A spider having lunch! I took this with my little Canon SD940is. It’s easy to get great macro shots with these little Canons.
Posted by Diana at 8:00 AM