A Pretty Drive Across Idaho 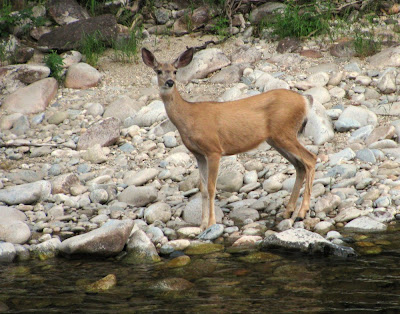 The road follows the river all downhill, from Lolo Pass (elevation 5233') to Lewiston (elevation 738'). There are many pulloffs where you can spend the night right by the river. This gal was right across the river from our parking spot. 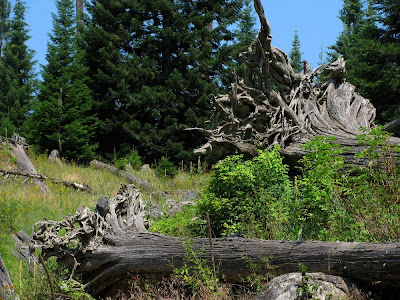 At another pulloff, I saw some downed trees with some very interesting roots. You are supposed to be able to see stumps from the 1910 fire here, but I doubt these are that old. 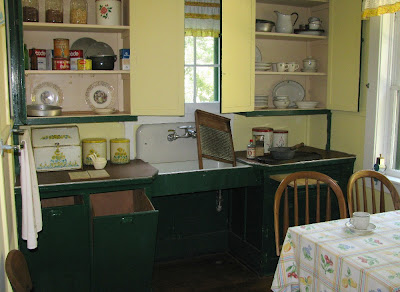 The Lochsa Historical Ranger Station was built in the 1920s and furnished with items from that period. 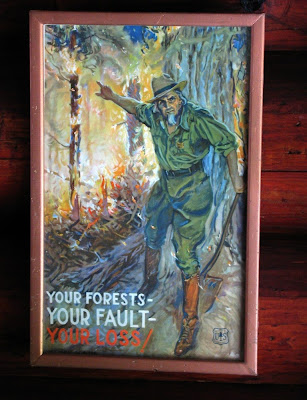 Including the predecessor to Smokey Bear - Uncle Sam did some multi-tasking as a forest ranger in those days. 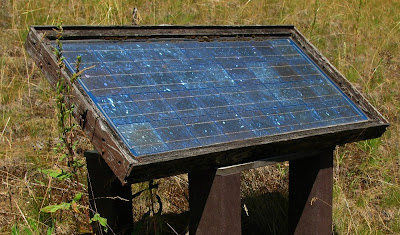 They even had an antique solar panel!

Nearby was an obscure trail to Snowshoe Falls. 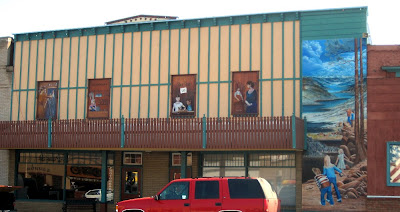 Further down the hill is the cute little town of Kamiah, where many buildings were decorated with murals. 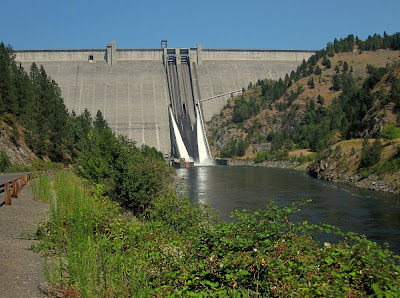 Near Orofino is the Dworshak Dam. At 717' high, it's the tallest of its kind in the Western Hemisphere.

It's a straight-axis, concrete-gravity dam, meaning that it crosses the canyon in a straight line and uses a huge mass of concrete, as opposed to its geometric shape, to hold back the water's force. 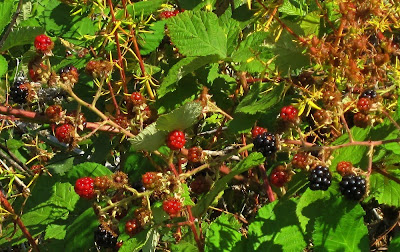 Right where I took the picture of the dam were my first ripe blackberries of the summer. Yummy! 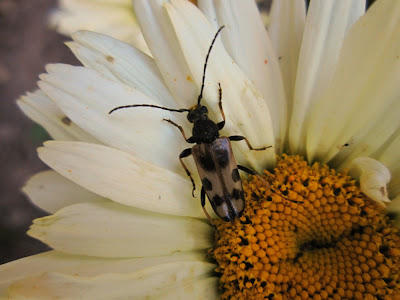 I also found another interesting bug.

Just downstream from the dam is the Dworshak Fish Hatchery. These spring chinook salmon were raised at the hatchery and released 2 1/2 to 3 years ago. They lived most of their lives in the ocean and have returned 500 miles to complete their life cycle. They have had to negotiate fish ladders to get around the 8 dams on the Snake and Columbia Rivers. 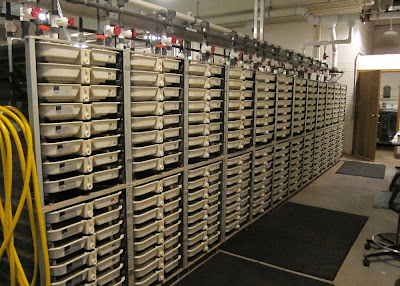 In late August, the eggs and sperm will be collected and the fertilized eggs will be incubated in these trays for several weeks, then transferred to nursery tanks to begin feeding. They will be raised for up to 18 months before being released. 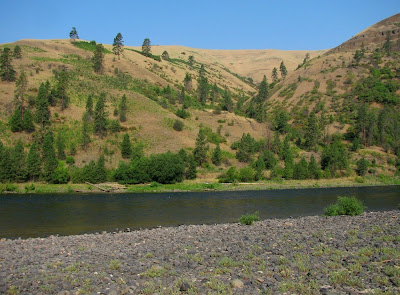 Just past Orofino, where the river finally calms down, is where Lewis and Clark built canoes to take them on the final leg of their Westward journey.
Posted by Diana at 8:00 AM