Astoria is really a pretty town. From the hill where the Column is, you have a view of town, the 4-mile long bridge to Washington, and the ships in the Columbia River. 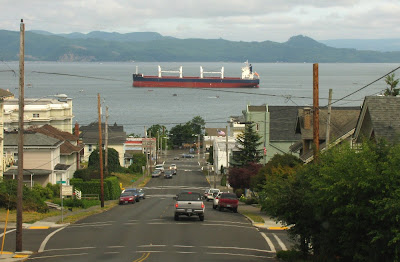 And since the town is on a steep hill, almost everybody has a view. 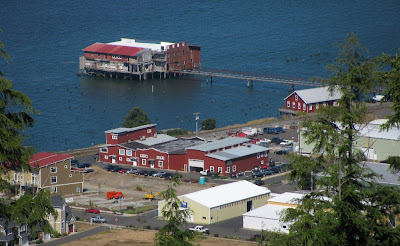 I don't know what this building is, but alot of the buildings by the river used to be canneries. 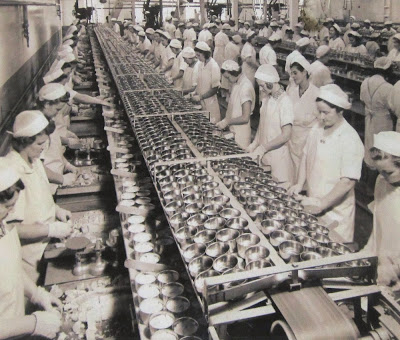 They're all closed now, but it used to be big industry here. 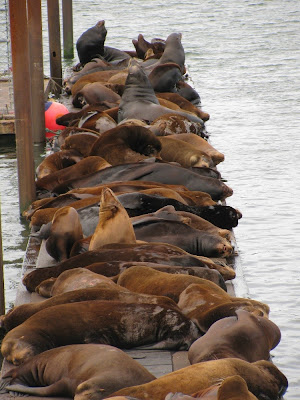 I was surprised to find hundreds of sea lions all over the docks. 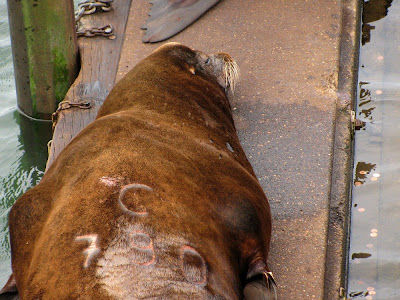 Some of them were tattooed. When I Googled this, I found out something disturbing. Some of the sea lions are on "death row," because they eat salmon by the fish ladder at Bonneville dam. That's a no-no, I guess. Fortunately, this guy was not on the list.

I heard that the "losers" hang out here - those with no mates. Seems like they need to have a party, maybe get to know each other better. 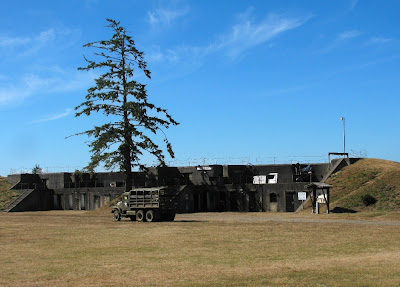 Fort Stevens is now a State Park, but was originally built in the Civil War as a military defense installation to protect the Columbia River from being invaded. 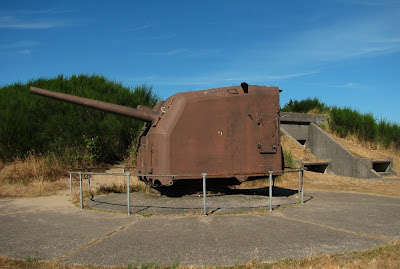 It was used for 84 years, through the end of World War II. Originally there were cannons here but during WWII, they replaced them with big guns. 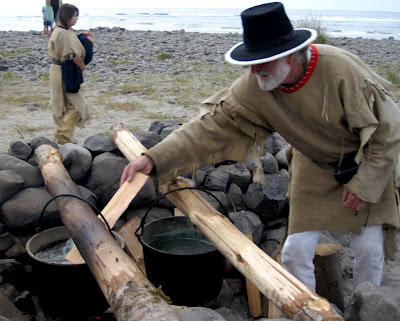 When Lewis and Clark were in the area, they spent some time down the coast from here boiling sea water to get salt. There was a reenactment going on while we were here. 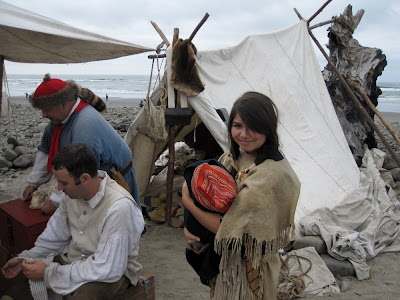 The participants were very realistic and stayed in character no matter what. Sacajawea spoke no English. 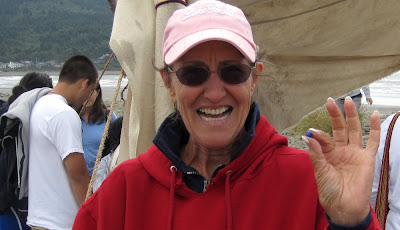 Potatoes and carrots were available to purchase so that you could trade them for beads. Blue beeds were very popular with the Indians. June had to trade a potato and a carrot just to get one little bead! 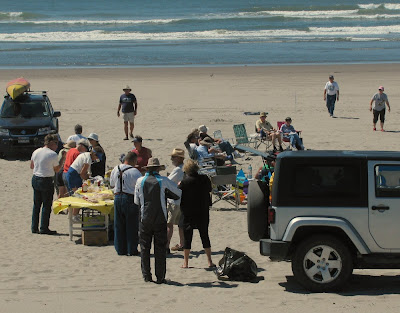 One day we had a weenie roast on the beach. 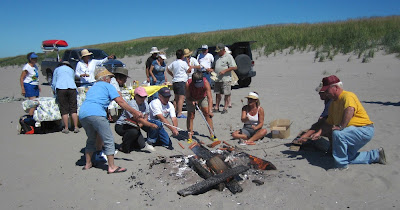 The weather was great - it even got above 70 degrees!
Posted by Diana at 7:00 AM