Ocean in View! Oh the Joy! 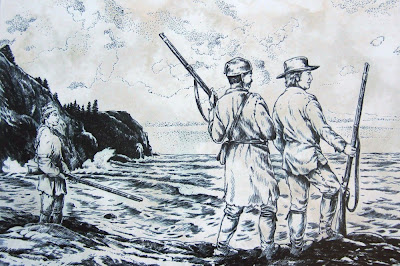 So wrote William Clark on November 7, 1805. After 18 months and more than 4,000 miles, the Expedition was in sight of the Pacific Ocean. 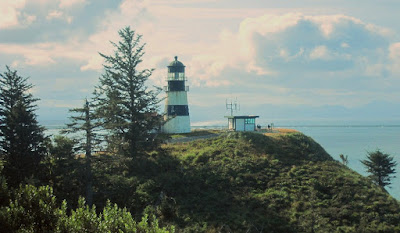 We arrived at the Astoria, Oregon gathering and immediately started sightseeing. We got a view of the Cape Disappointment lighthouse from the Lewis and Clark Interpretive Center there. While there, we got a talk on the mistakes L & C made. It seems their biggest mistake was that they brought way too much ammunition. But that's way better than too little! 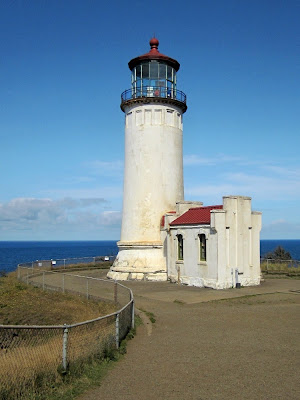 Then we went over to the North Head Lighthouse. 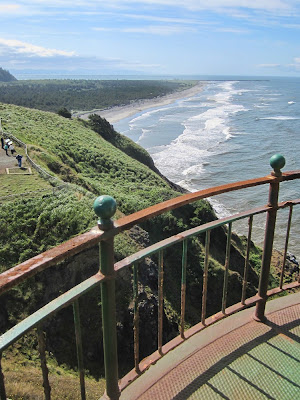 We got to go to the top, and got a view of the entrance to the Columbia River in the distance. 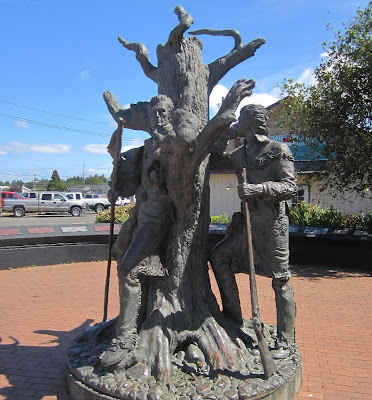 We "proceeded on" to the town of Long Beach where we found one of the four L & C monuments telling the story of their arrival and stay on the Pacific Coast. 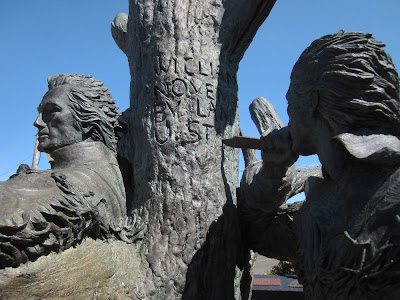 This one shows William Clark etching his name on a pine tree on November 19, 1805. 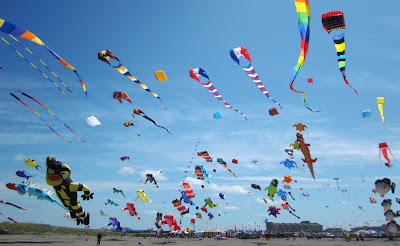 But the main reason we are here is the 30th Annual International Kite Festival. 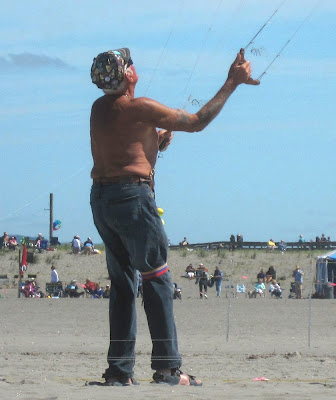 The star of the show is Ray Bethell, the multiple kite champion of the world. 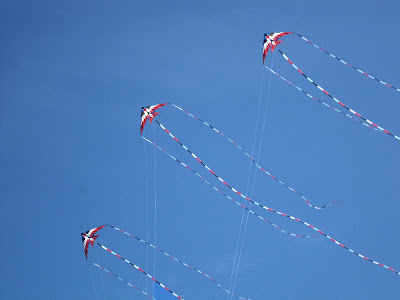 He flies 3 kites at once, without getting them tangled up - one in each hand, and one around his waist. I tried to do a video, but it's hard keeping the kites in the pictures. So I found one on YouTube instead: