The End of My Journey West 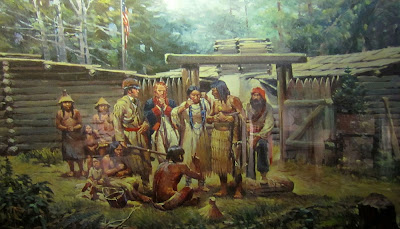 My journey West is ending at the same place that Lewis and Clark ended their journey west. After arriving at the Pacific Ocean in November 1805, they settled down for the winter at Fort Clatsop, a log fort that they built on the southern side of the Columbia River, near present-day Astoria, OR.

The Indians were friendly here, and they hoped there would be enough wild game to feed their men. During the 106 days the Lewis and Clark Expedition wintered at Fort Clatsop in 1806 it rained all but 12 days and only 6 days were sunny. 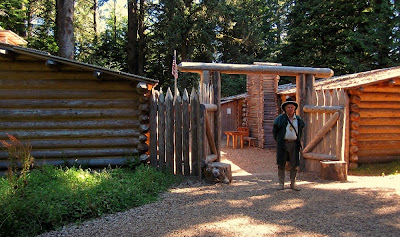 The weather was great the day I visited the reconstructed fort. William Clark was even there to greet me. 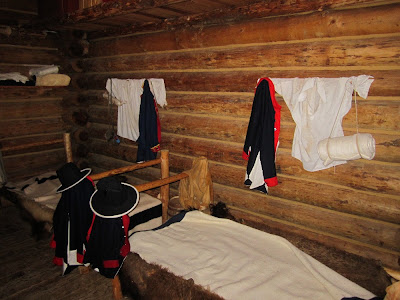 The fort contained 6 rooms, and the one Lewis and Clark had was quite nice. I hope the roof didn't leak. 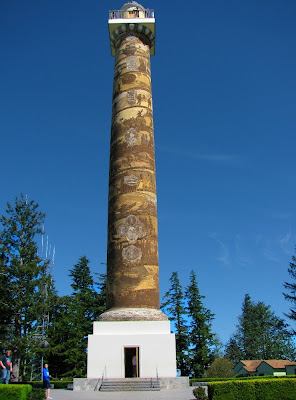 The big tourist attraction in Astoria is the Astoria Column, which sits on a hill high above town. It tells the history of the area in a long 500'+ art work wrapped around the column. 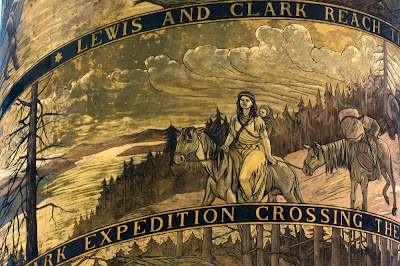 Several of the scenes depict Lewis & Clark: Crossing the Mountains, 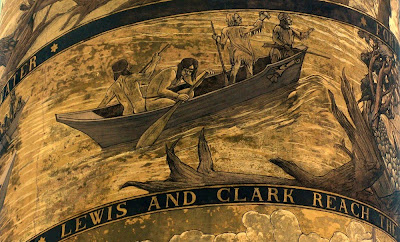 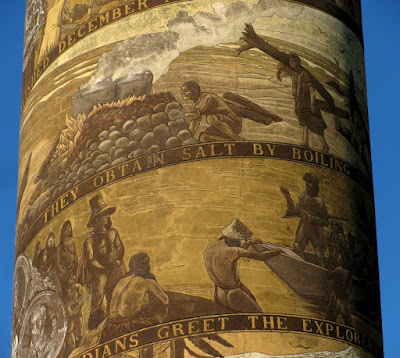 Obtaining salt by boiling sea water, being greeted by the Indians, 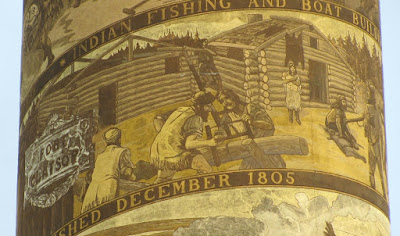 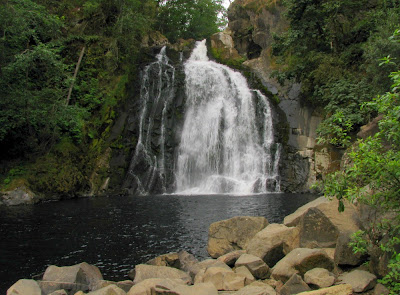 South of town, I visited Youngs River Falls, which was found by one of their hunting parties. 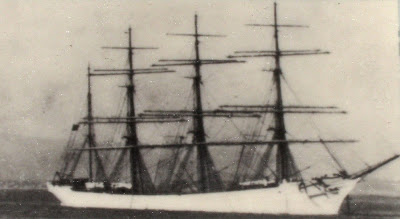 And now, something unrelated to Lewis & Clark! The Peter Iredale was a steel-hulled sailing ship built in 1890. She transported grain from the Pacific Northwest to Australia. In October 1906, she ran aground near here. More than 100 years ago! You wouldn't think there would be anything left! 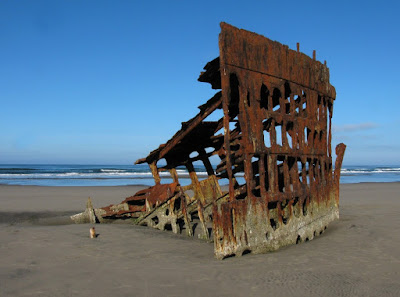 But wow! That's one big piece of rusty stuff! 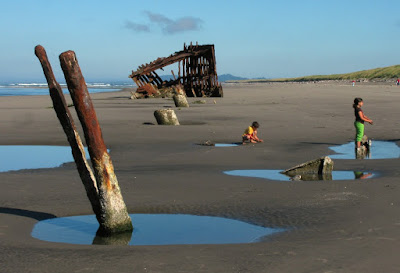 A large piece of the bow, and smaller pieces of the rest of the ship are still sunk in the sand on the beach, including the bottom of 2 of the masts. The ship was 287' long - almost as long as a football field!
Posted by Diana at 7:47 PM