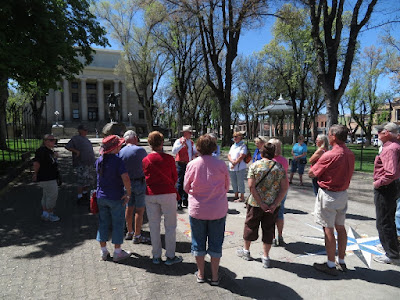 The WINs moved on to one of my favorite places - Prescott, AZ. The first thing we did was go on a tour in town. 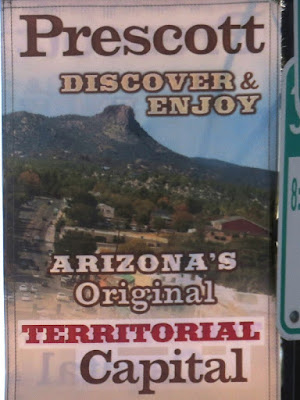 The guide was excellent! I did not know that Prescott was the first capital of the territory of Arizona. 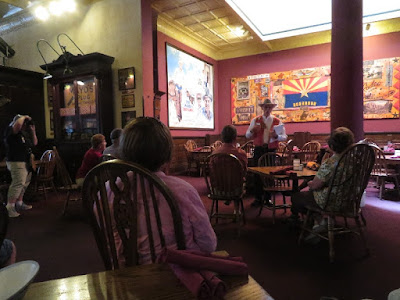 He took us to The Palace, where we had lunch later. 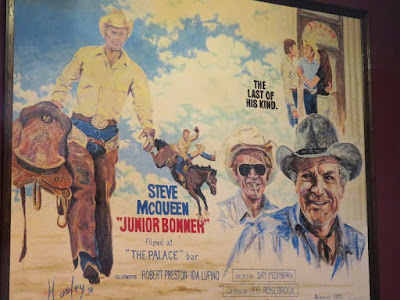 The movie Junior Bonner, starring Steve McQueen, was filmed at The Palace in 1971. 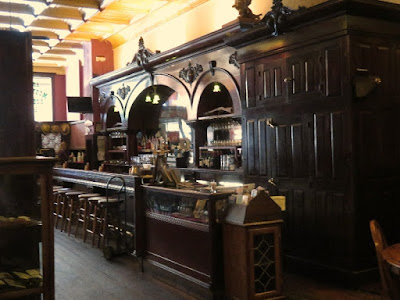 The Palace first opened in 1877, but was destroyed by fire in 1900. But the ornate bar was carried to safety by patrons. 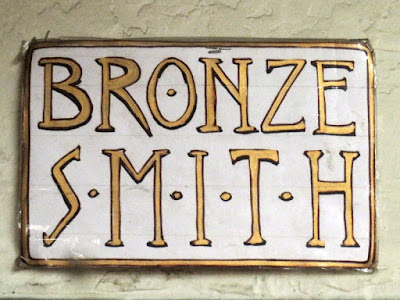 The next day we went on a tour of Bronzesmith, a bronze sculpture foundry. 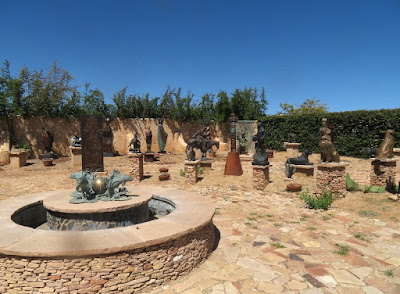 We got there a little early and walked around their sculpture garden before the tour. 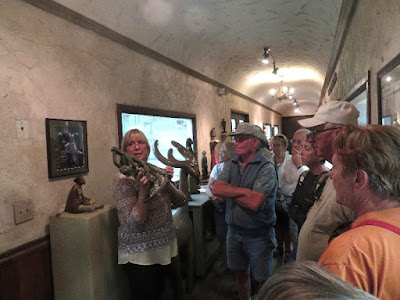 Our tour guide here was also excellent, showing us the various steps involved in creating a bronze statue from any kind of carving. 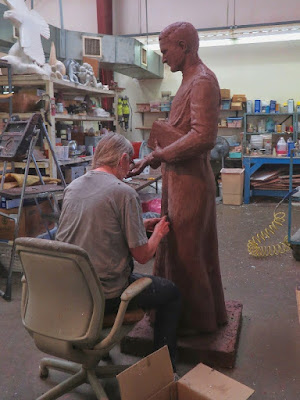 They can enlarge a carving, and then create molds. 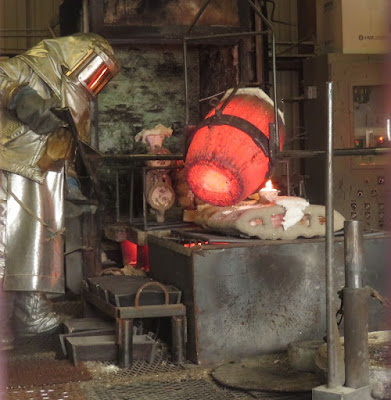 The molds are then filled with hot liquid bronze, which we got to see. 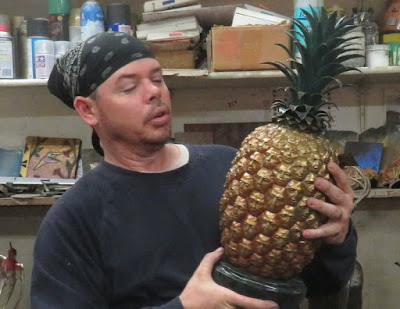 After they are dried, patina is applied by their artist, Carl Wolf. He is just amazing! Notice all the faces on the pineapple. 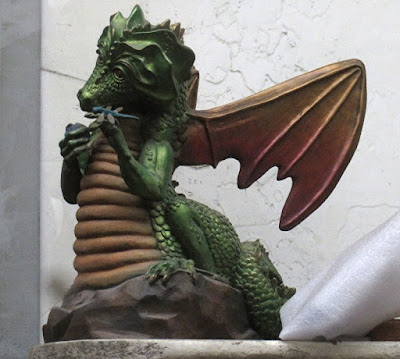 Another example of his work.

I'm looking forward to seeing more of this area!