Attacked by a Duck! 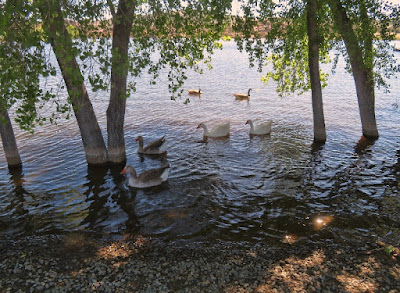 Several WINs went kayaking on beautiful Watson Lake in Prescott. Several more of us went to see them off and hike along the lake. 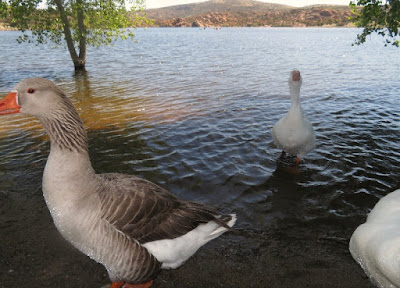 We were met by some very friendly ducks, at least I thought so - 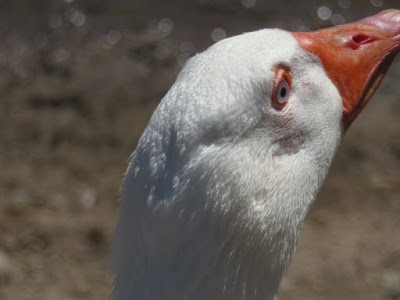 Until this guy tried to bite my foot! But I forgave him because he had such beautiful eyes... 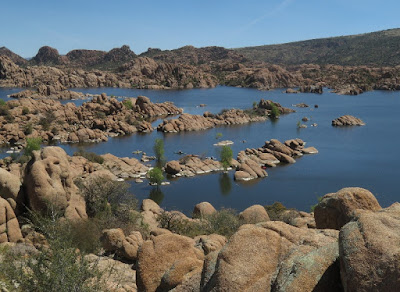 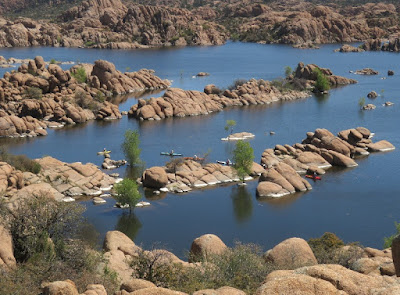 A closer view so we can see the WINs kayaking. 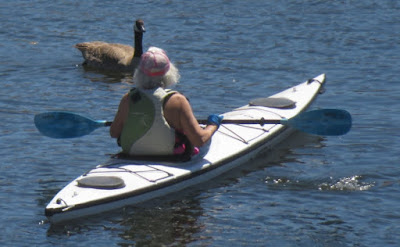 Mara made a new friend! 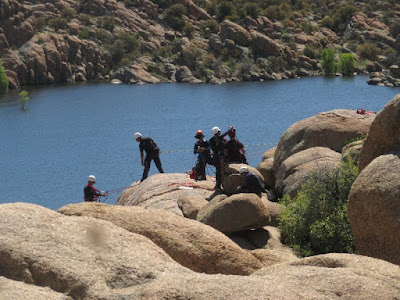 As we walked along the lake, we saw some rappelling rock climbers. 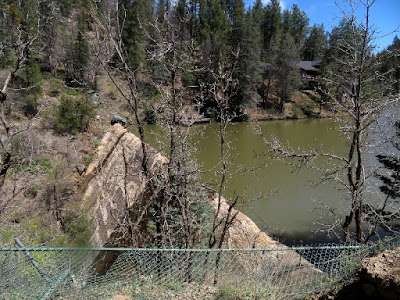 The next day we did the Prescott Lakes loop. We saw several lakes, but mostly the road was through the woods. 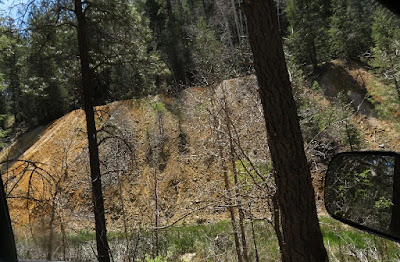 We did see some evidence of old mining activity - these tailings... 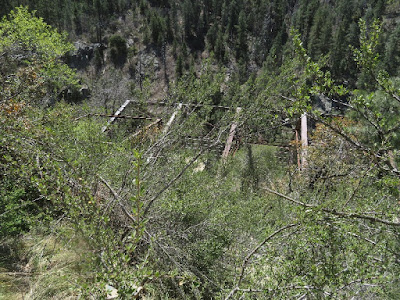 And these ruins of Senator Mine.

I loved these mailboxes - most of them were just grounded in a bucket! 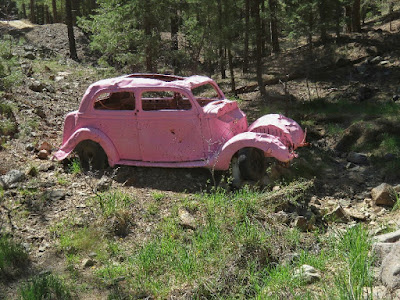 But my very favorite thing was this pink car! In 1939, a local doctor rolled his car and left it. The Forest Service painted it pink, as a reference point. It was stolen in 2011, but fortunately recovered and returned. 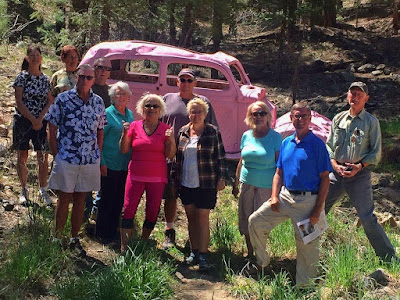 The brave group that made the trip! There were long stretches of one lane road, where I don't know what we would have done if we had met someone coming the other way. But we didn't, and it was great fun! Thanks, Sondra, for the suggestion!