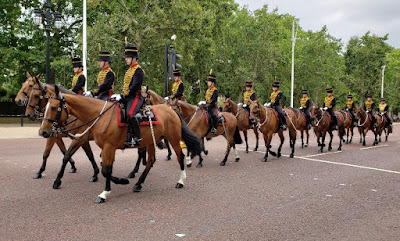 One of the big things to do in London is the Changing of the Guard at Buckingham Palace. However, the crowds are too much, so we decided to go late and just see some of the pageantry, including the Horse Guard - 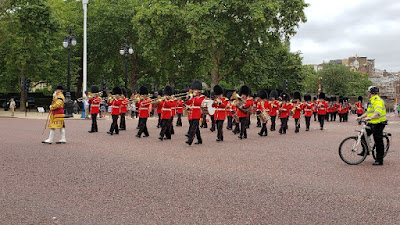 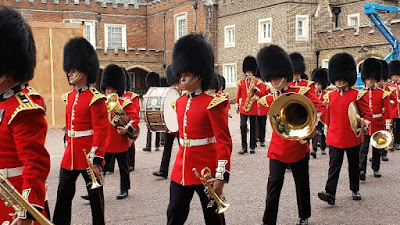 Those hats really do look uncomfortable. 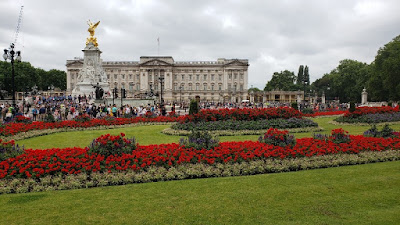 We got a good view of Buckingham Palace with the gardens in the foreground. 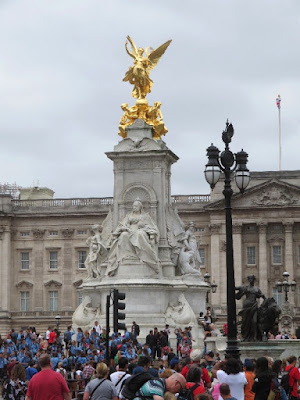 And the Queen Victoria Memorial in the background.

We had a great State Rooms tour of Buckingham Palace, but unfortunately, no pictures were allowed. 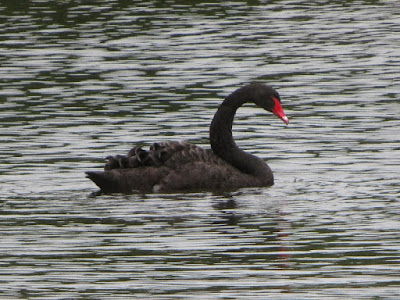 After that, we went over to St. James Park. I found a Black Swan - 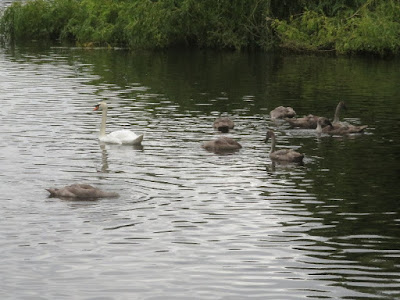 And a White Swan with her "Ugly Ducklings." 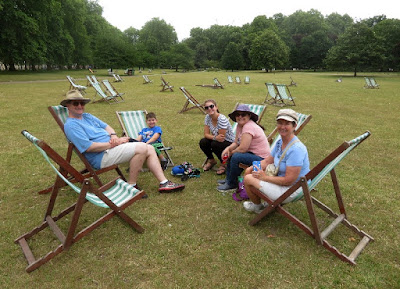 We rested for awhile in St. James Park - 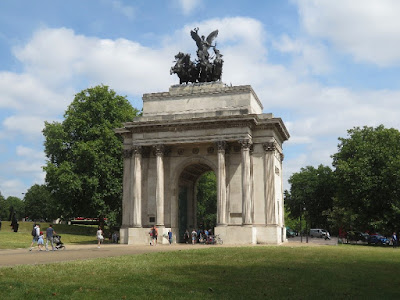 Then my sister and I walked over to Hyde Park, where we saw Wellington Arch - 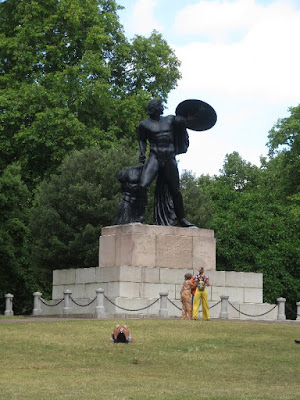 And lots of statues, including the Statue of Achilles. 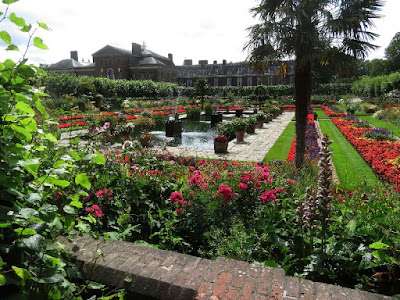 We then had a tour of Kensington Palace, which was disappointing. It was more like a museum. 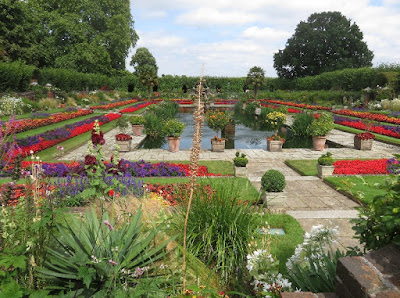 But the Sunken Gardens there were really fantastic!