Harry Potter to the Max! 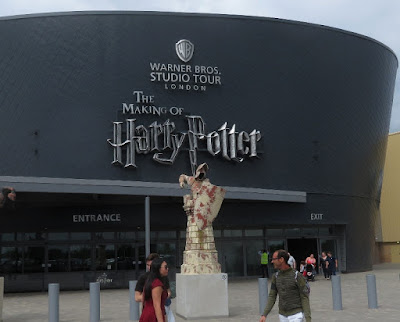 The next day we took the train out to the Warner Brothers Studio where they filmed Harry Potter. If you aren't a Harry Potter fan, you may as well stop reading now... 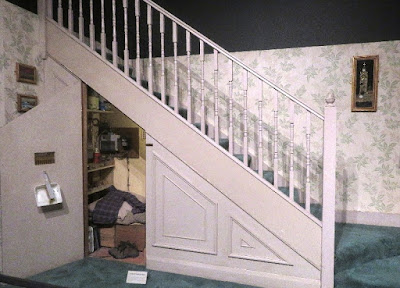 Harry lived in this small cubbyhole under the stairs - 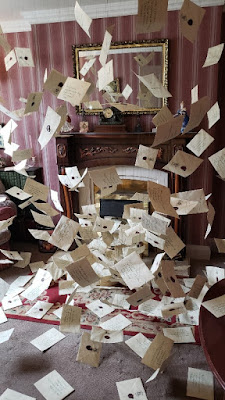 Until he got multiple invitations to go to Hogwarts. 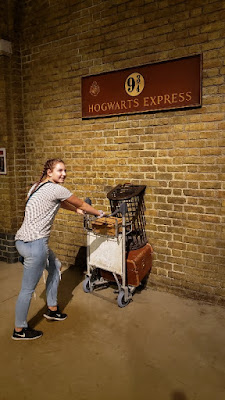 To get there, he had to get on the train at Platform 9 3/4, as Mara is demonstrating. 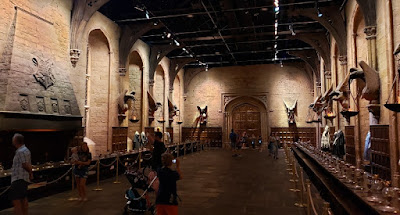 We saw lots of the full-size sets, starting off with the Dining Hall. 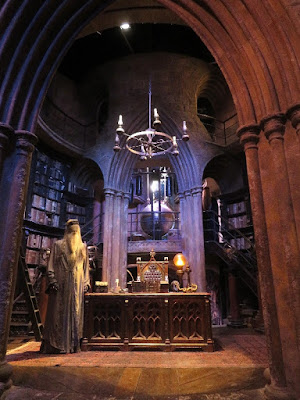 Then there was Dumbledore's office - 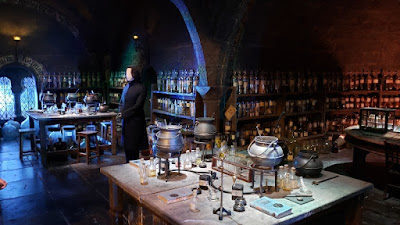 And the Potions Classroom. 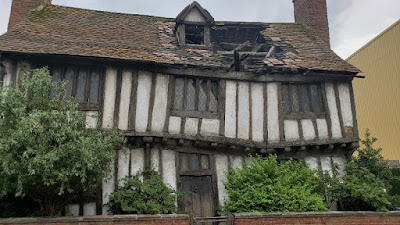 We got to see the Potter's house, where Harry's parents were killed, and Harry received the lightning bolt scar on his forehead. 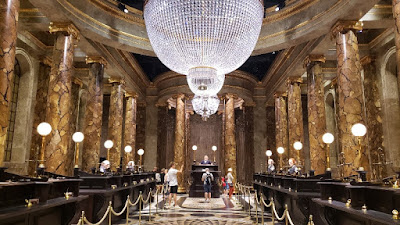 One of my favorites was the Gringotts Wizarding Bank. The room was huge! 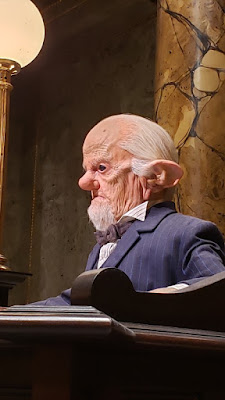 And the tellers were really scarry!

This short video shows the most amazing thing in the studio. This is not from a tv screen, but a really amazing scene! 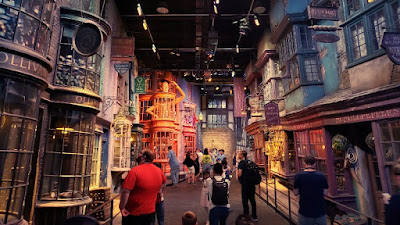 We went through Diagon Alley - 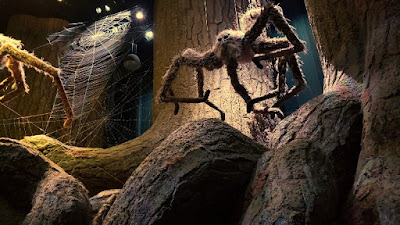 And the Forbidden Forest. 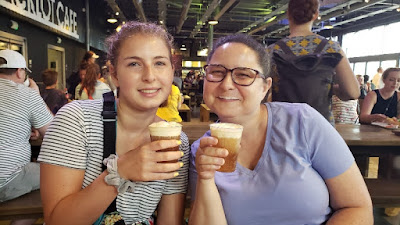 At lunch, Mara and Corrie had some Butterbeer. 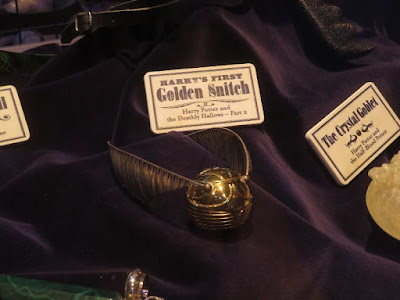 We even got to see the Golden Snitch - 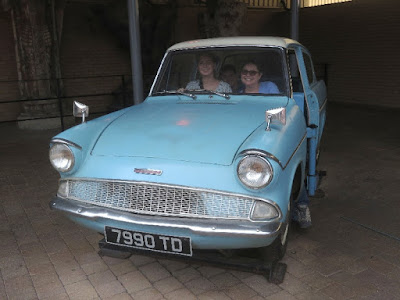 And Mara and Corrie got to try out the Flying Car. 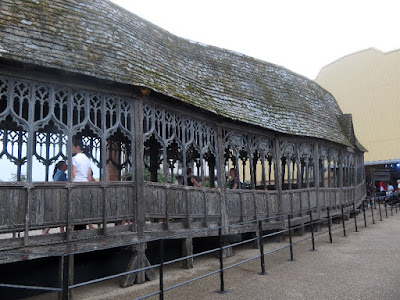 We walked across Hogwarts Bridge. 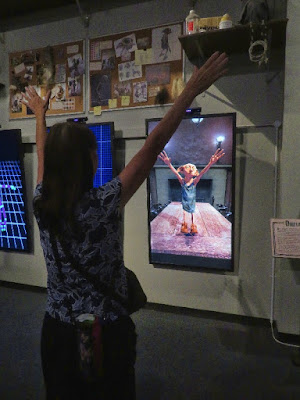 And I got to do "Digital Dobby," where Dobby mimics your movements. 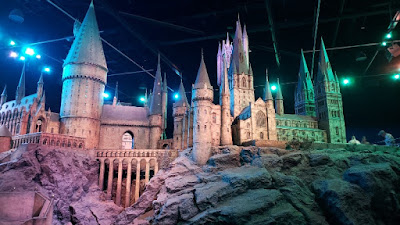 Hogwarts Castle is a 1:24 size model where the outdoor scenes were shot against a green screen. You can see the size by comparing it to the people on the right. It was still big! 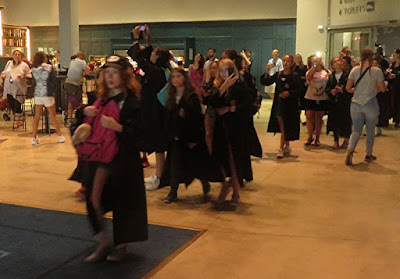 Then as we were leaving, we saw a group of Hogwarts students coming in!