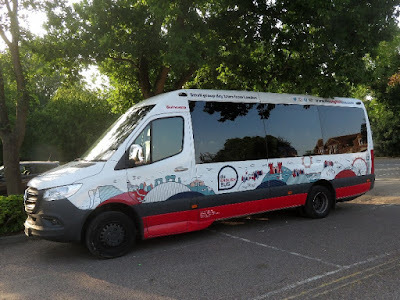 We spent 2 weeks in London, and mostly toured the local attractions. But on 3 of the days, we took day bus trips to other areas. We went with "The English Bus," and were really pleased with all 3 of our tours. 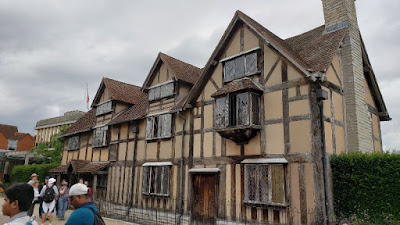 The first tour we did started out in Stratford-Upon-Avon. This house is the birthplace of Shakespeare. 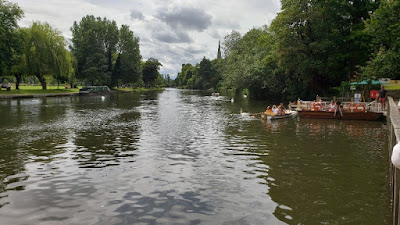 And this is the River Avon. 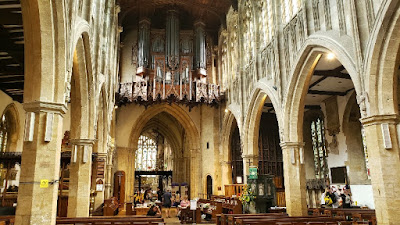 This beautiful church, Holy Trinity Church, is where Shakespeare is buried. Unfortunately, his head appears to be missing... 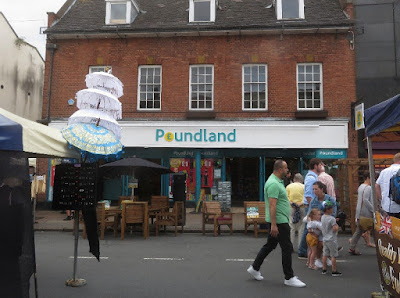 We wandered around town a little, where we found Poundland, their version of the Dollar Store. 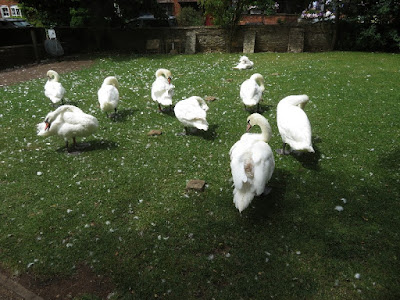 There were lots of swans in town, and they all seemed to be plucking out feathers! 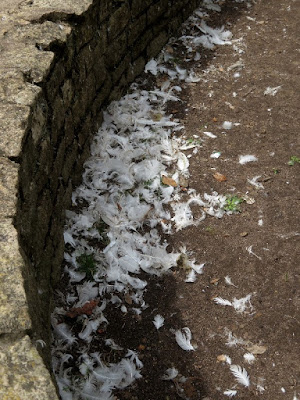 If I had a pillow to be stuffed, I could have done it here. 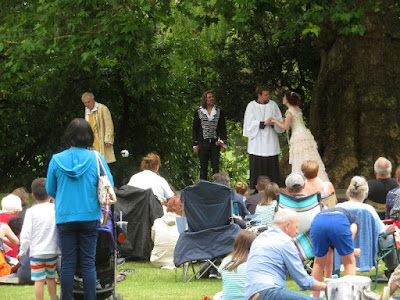 And we walked by the true "Shakespeare in the Park," a performance of "Much Ado About Nothing." 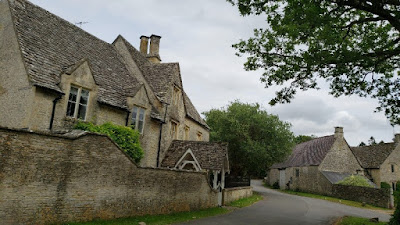 Next we moved on to the Cotswolds, a series of rolling hills and picturesque villages. 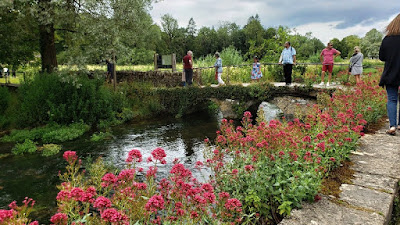 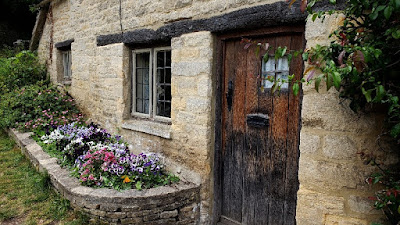 The buildings are made of golden-colored Cotswolds stone, and the exterior cannot be updated. 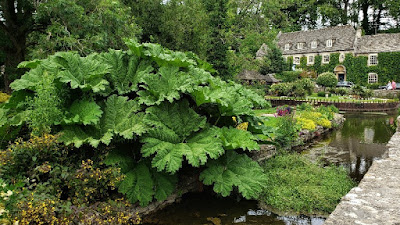 Wow, that is one gigantic plant! 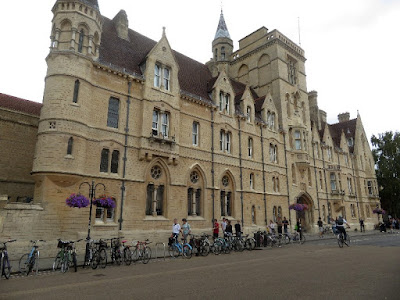 Next up was Oxford, best known for its University. 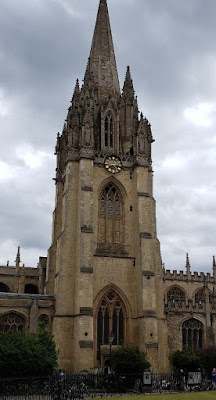 St Mary the Virgin Church, aka University Church was gorgeous! 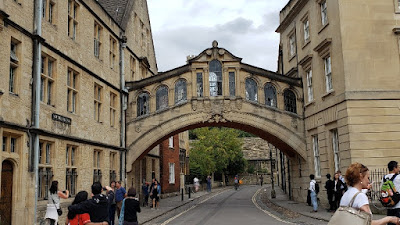 The Bridge of Sighs, named after the one in Venice. 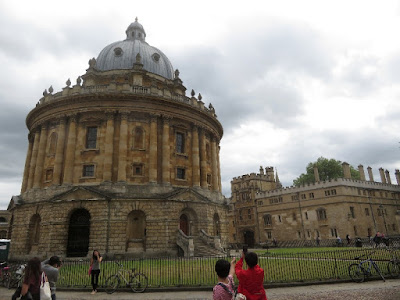 Walking on, we went by the Radcliffe Camera. No idea on how the name came to be... 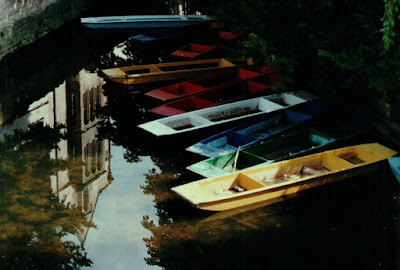 My goal was to go to the Magdalen Bridge, were I went punting 30 years ago! And I found it! This is the picture from 1989 - 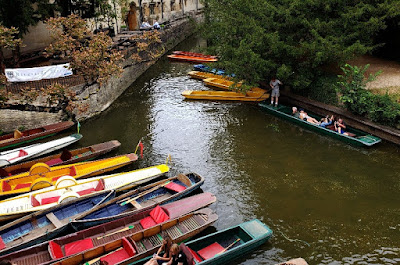 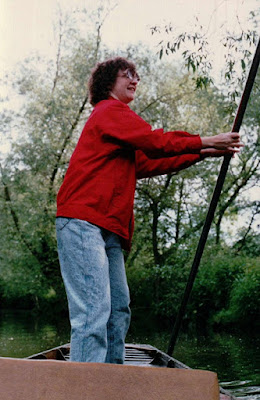 And here's an embarrassing picture of me attempting to punt way back then...