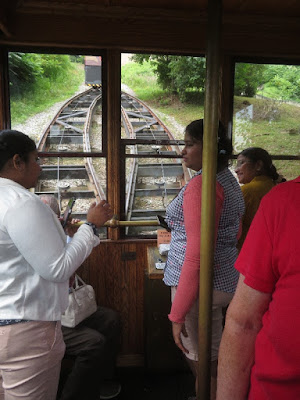 On my way to my trip across the pond, I stopped off to visit my father in Pennsylvania. He's a big train fanatic and wanted to go see Horseshoe Curve near Altoona. We rode the funicular up to the viewpoint on the top of the hill near the tracks. 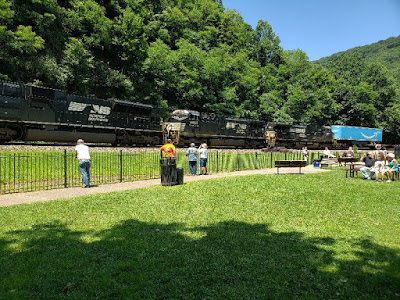 The engineers are very friendly! 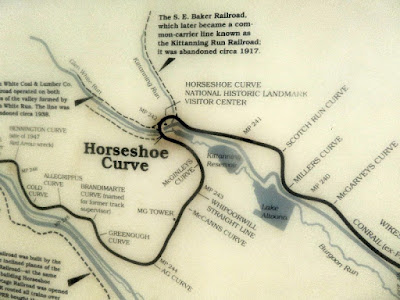 Here you can see why it is called Horseshoe.

And here you can see both ends of the train on both sides of the Horseshoe.

Less than a week before we were there, there was an accident where lots of train cars fell off the track. We could still see the remnants...

Sometimes there were 2 trains in opposite directions at the same time! 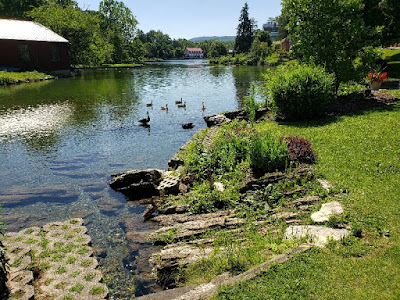 One day I went to Boiling Springs to have lunch with 2 of my 3 best friends from high school. This is a beautiful area! 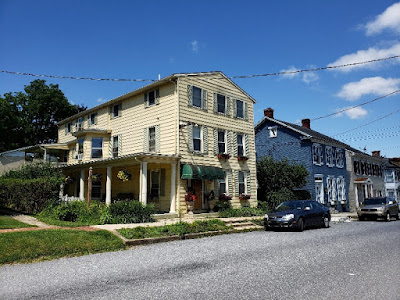 Before they arrived, I walked down along the lake to see the house that my father grew up in. It was only 2 stories at the time, and not this large, but still a beautiful house right on the lake! 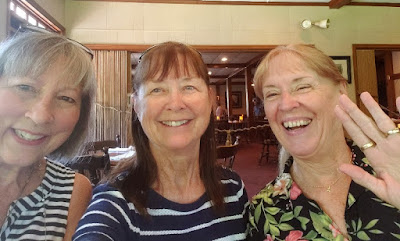 We had lunch at the Boiling Springs Tavern - 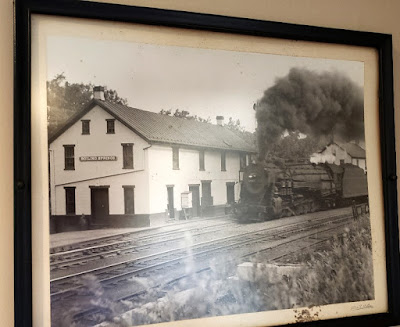 Where we found one of my father's old pictures of the Boiling Springs railroad station on the wall. 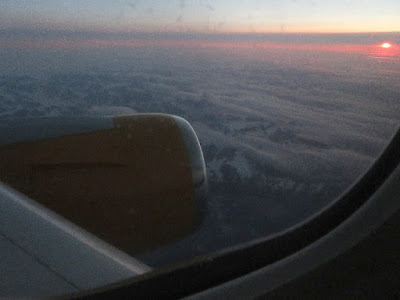 And then I was off on my trip across the pond! I got to fly over the snow in Greenland - 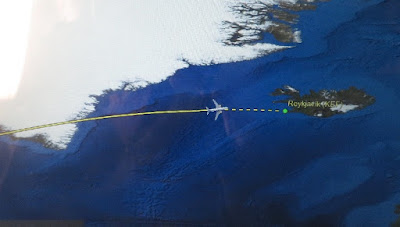 On my way to Iceland, where I changed planes to get to my final destination. 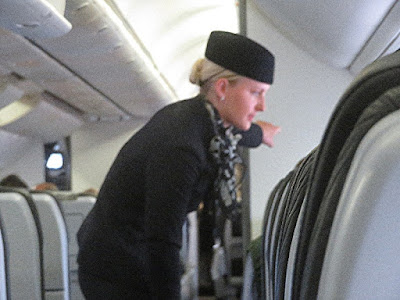 I was on Icelandair, and loved the costumes of their flight attendants. 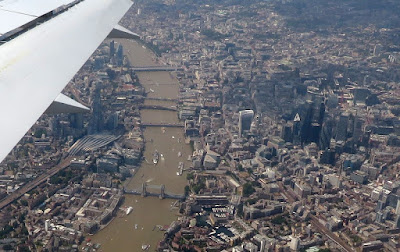 After an overnight flight, my sister Barbara and I arrived at our final destination. We were lucky that our plane had to circle the city on our way to the airport. We got great views of downtown London, including the Tower Bridge!