British Museum, Parliament, and Much More! 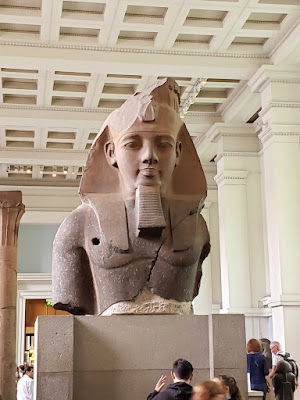 I thought the British Museum was going to be about Britain. WRONG! It's about all the stuff that England got from other countries! 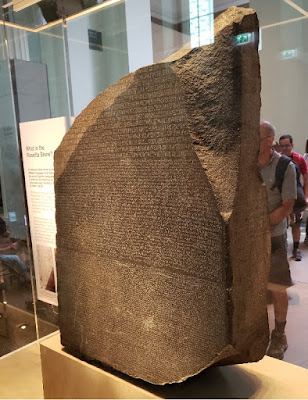 Including the Rosetta Stone! 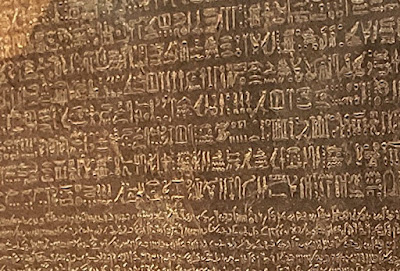 Here's a close up of the Hieroglyphs. 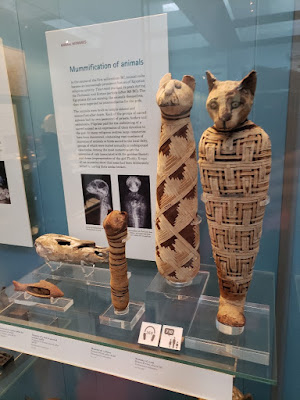 There were lots of mummies here - including animals! 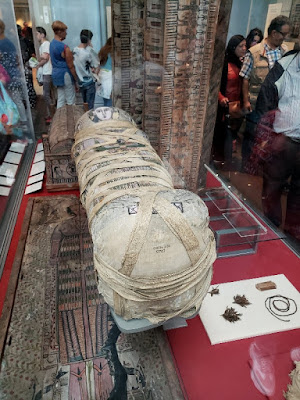 And one named Cleopatra, although it wasn't the real Cleopatra. 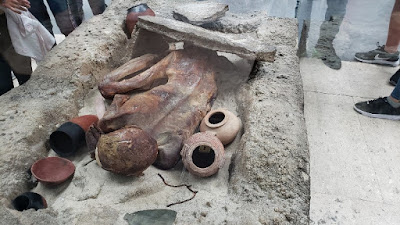 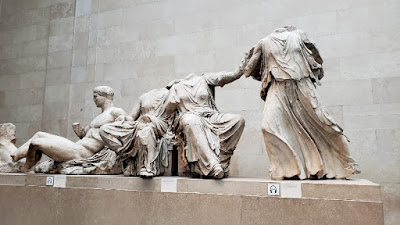 There were lots of Greek statues too. 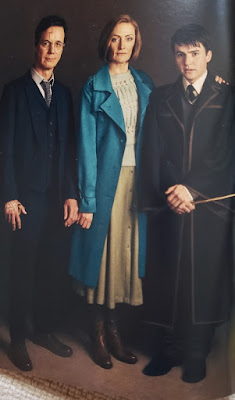 That night, we went to Part II of the "Harry Potter and the Cursed Child" play. It was great! The story begins 19 years after the other books, when Harry, now 37, and Ginny, and Ron and Hermione watch as their children board the Hogwarts Express. 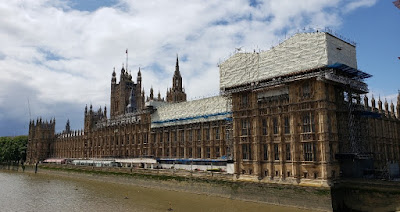 The next day, we began with a guided tour of Parliament. 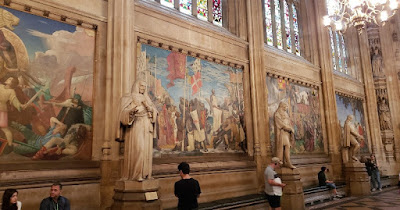 Pictures were not allowed on most of the tour, just at the beginning and in this hallway. 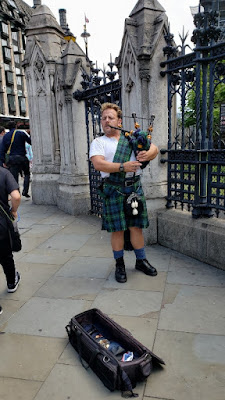 After we left, we got serenaded by this guy. Are you sure we aren't in Scotland? 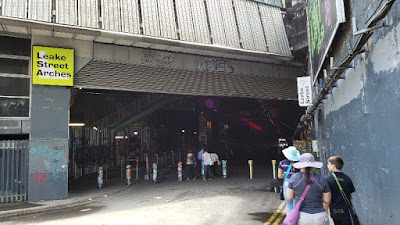 We then walked through the Leake Street Arches. 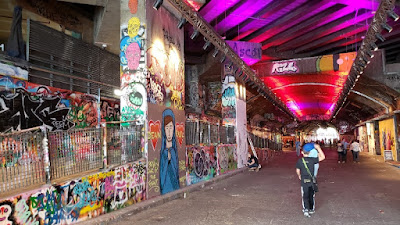 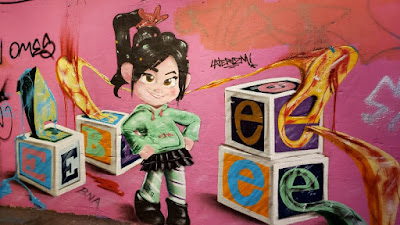 But, like the ones in San Miguel, Mexico, this is not graffiti, but true art. 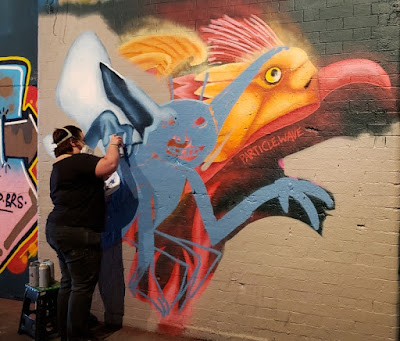 We even got to see one in process. 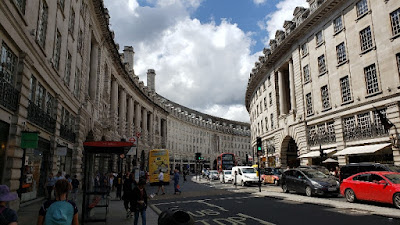 After that, Barbara and I split off to do some shopping at the local markets. On the way, we admired Regent Street. 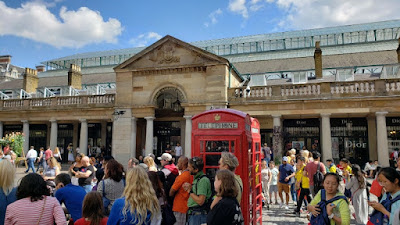 We finally arrived at Covent Garden Market, and shopped here - 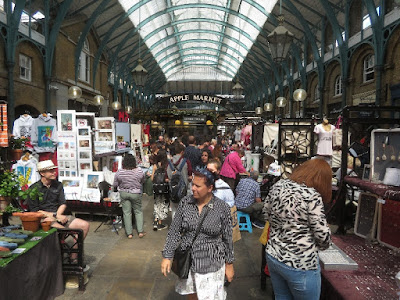 And at Apple Market. After shopping, we headed home - 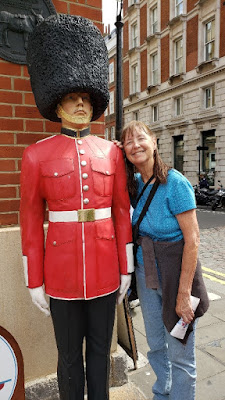 Where I met a new friend along the way.