Living It Up in St Joe 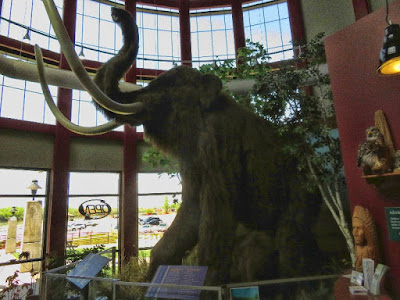 After Kansas City, the WINs moved north a little to St. Joseph, MO. We got special permission to park at the Remington Nature Center. They have a large parking lot, and we left them a very nice donation. We also enjoyed touring the center. 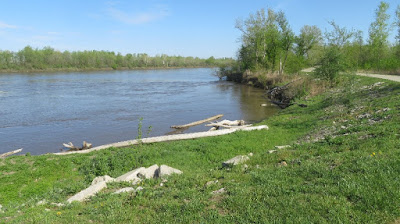 And right across the street was a great hiking path along the Missouri River. 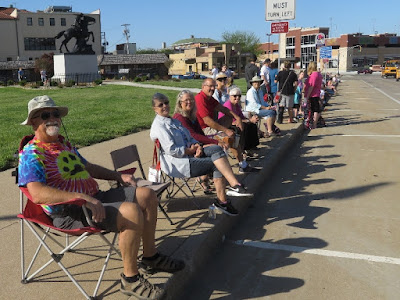 On our first full day there, we went downtown to see the Apple Blossom Parade. 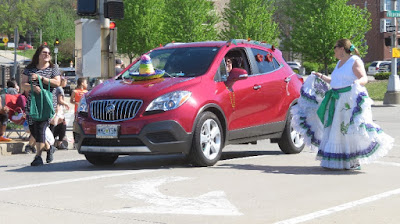 Since it was Cinco de Mayo, the parade had a double theme. Right across from where we sat were these unusual bas relief sculptures. We were confused that there were telephone poles along with wagon trains and the Pony Express, but then we realized that they were telegraph poles. 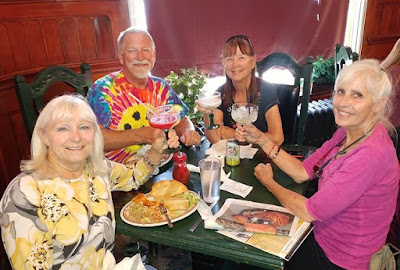 That afternoon, some of us went to a Mexican restaurant for "Linner." The food was so-so, but the margaritas were wonderful! 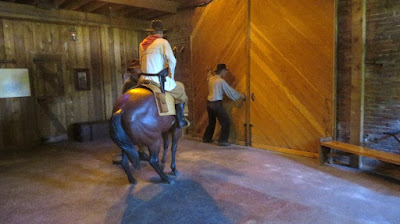 There are also some nice murals in town. 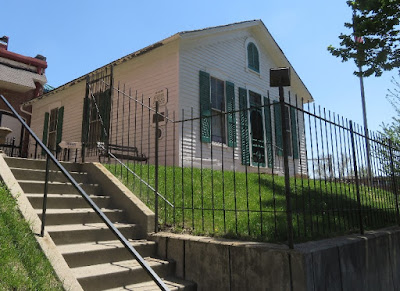 And we walked by the house where Jesse James was shot and killed in 1882. 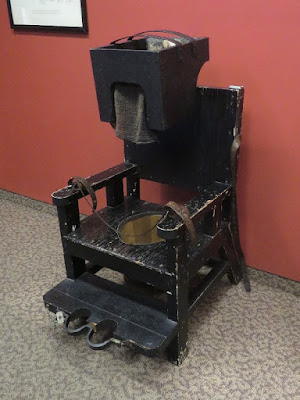 A couple of us went to the Psychiatric Museum. It was pretty depressing. It's amazing to read about the ideas that people had back then about mental illness. 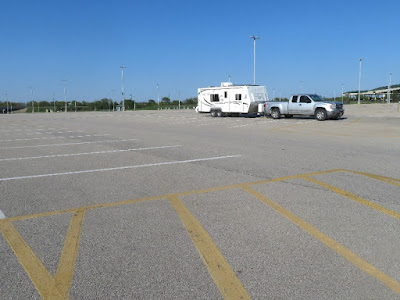 And then I moved back to Kansas City, because I was flying out of here the next day. I parked at the Airport Economy Parking lot. It's a great deal - because they have so much room, you can park an RV here for the same price as a car!