A Big Detour at Great Falls 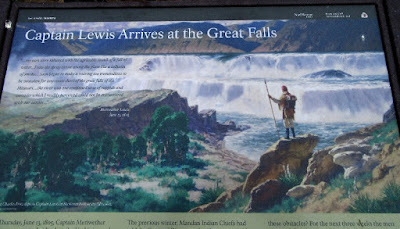 Not for me, but for Lewis and Clark. They had been told about one waterfall, but were very surprised to find five. 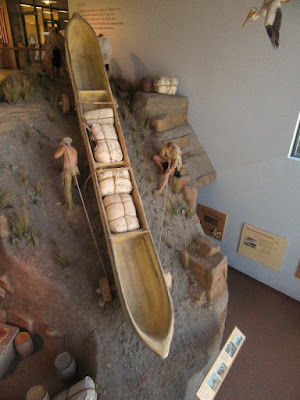 The Lewis and Clark Interpretive Center in Great Falls is one of the best on the trail. There is a life-sized model of how they got their goods around the falls. 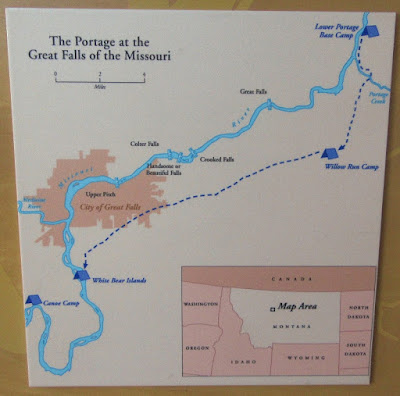 It involved an 18-mile portage, back and forth 4 times, to get everything around the falls. 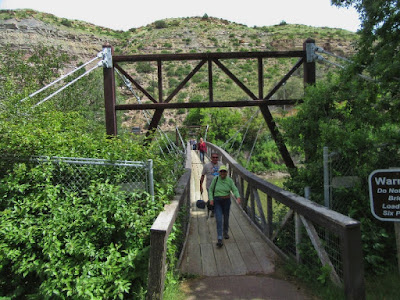 We visited several of the falls. Getting over to Ryan Island to see The Great Falls involved going over a bridge with a 6-person limit. Uh-oh... 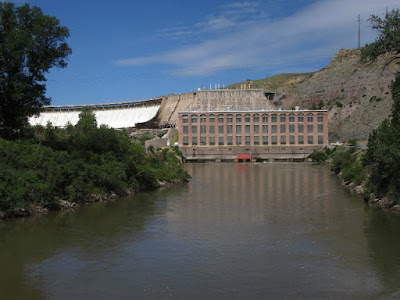 Our first peak at the dam and power house. 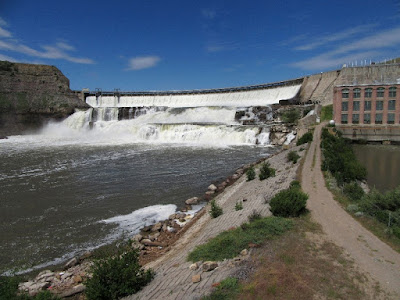 Wow! It's so wonderful that they built the dam behind the falls, not in front of it. 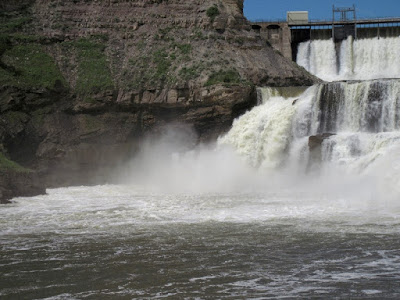 The water was really gushing through the dam. There's a lot of snow melt right now. 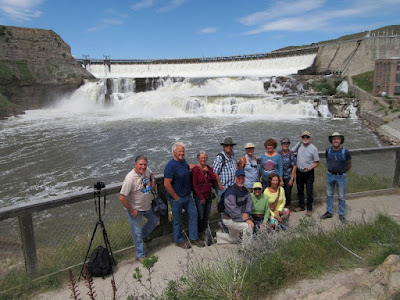 Our WIN group (other than me). 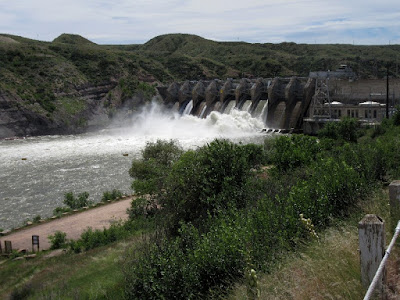 We also went east from there a little to see Morony Dam. 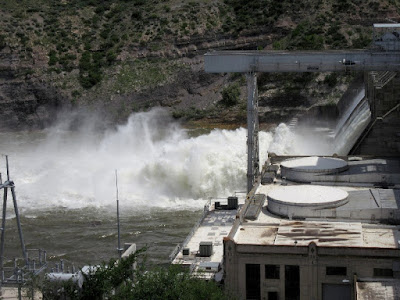 There are no falls here, and never were, but seeing the water exploding in the air was just amazing. 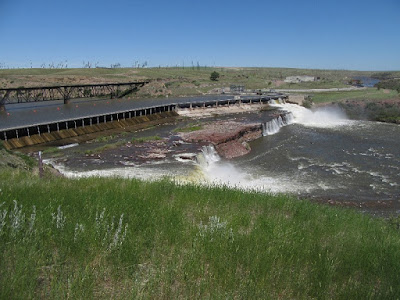 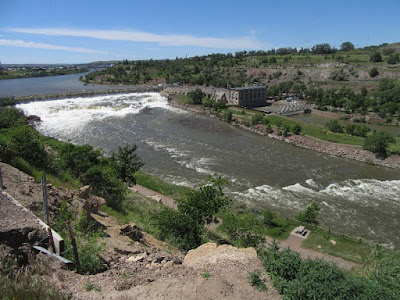 And Black Eagle Falls and Dam. 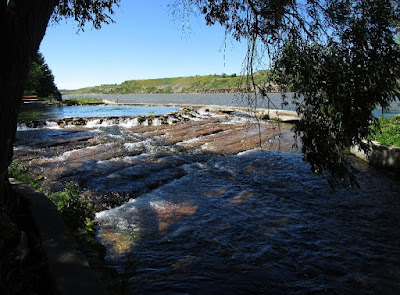 The Roe River is one of the shortest rivers in the country. 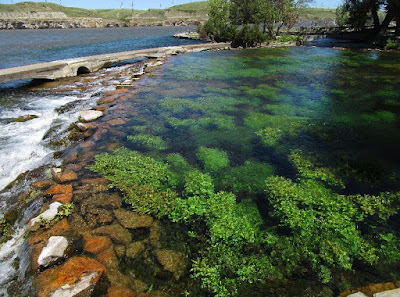 It's formed by a spring, described by William Clark as the largest he had ever seen, and quickly flows into the Missouri River. 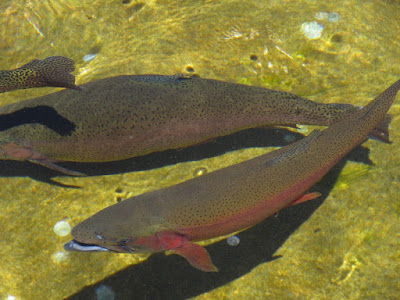 There were some beautiful trout in a pool nearby. 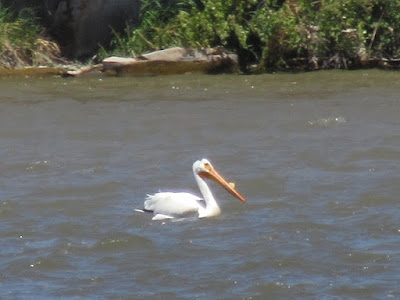 And a gorgeous White Pelican swimming by. 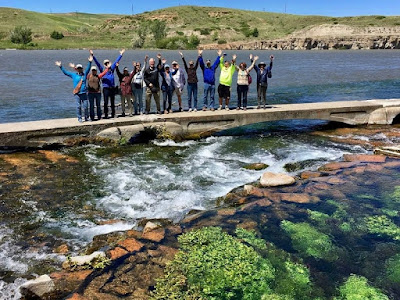 Our group again. I'm the 5th one from the left. 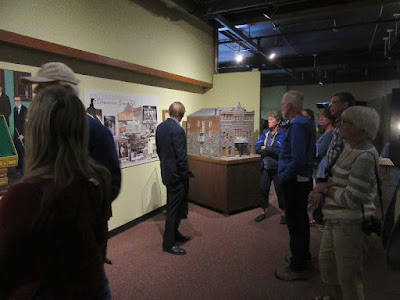 We also got a private tour of the History Museum - 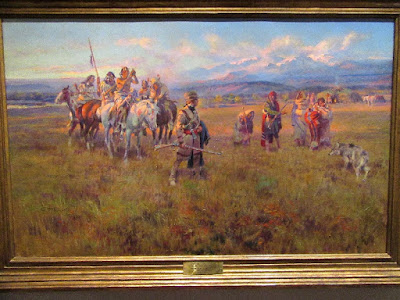 And loved the C.M. Russell Museum, although there were only two of his Lewis and Clark paintings there.