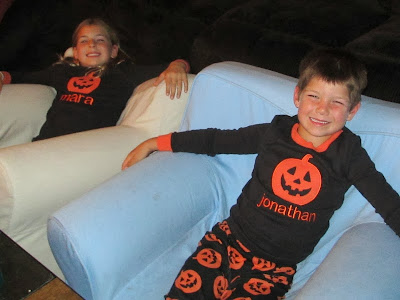 If you follow Hwy 395 south, guess where you head to -- San Diego and my grandchildren!!! I always try to be here for Halloween, my favorite holiday. Mara, 9, and Jonathan, 6, are all decked out in their new Halloween pajamas. 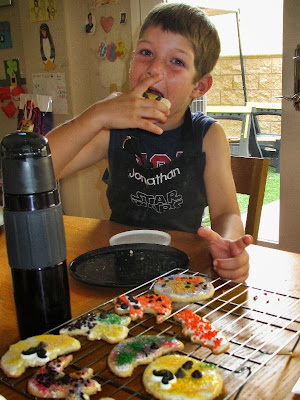 Of course, Halloween is also a good excuse for making cookies. Do you like Jonathan's Star Wars apron? 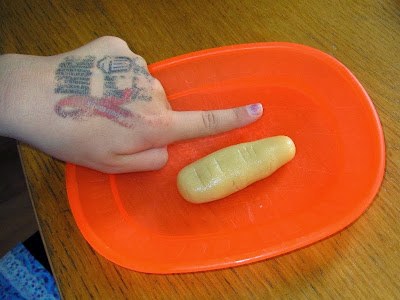 But we also wanted to make some creepy severed finger cookies. Our first try looked good before cooking - 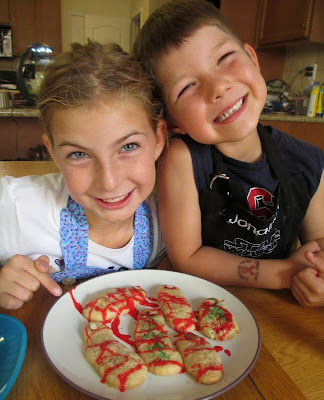 But they spread out too much in the oven. But they were still delicious, especially after adding some bloody frosting. 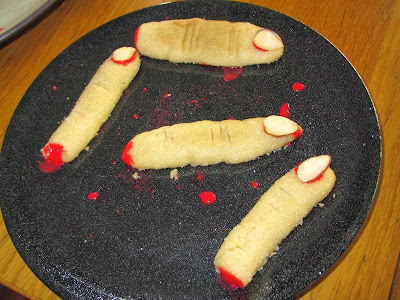 After adding more flour to the dough, and making smaller fingers, they came out better. Add some more "blood", sliced almonds for fingernails, and a little cinnamon for dirt, and they look great! 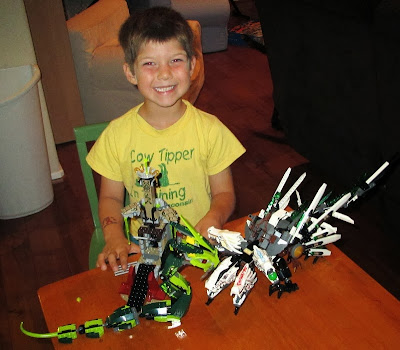 Jonathan is a whiz at Legos. And Legos are not what they used to be. They are now very complicated, and he does huge projects that are marked for ages 8-14 without any help. 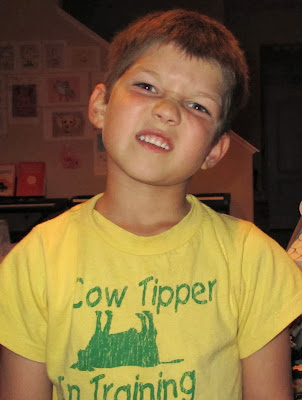 At another point, I mentioned that he sounded like a "broken record." HUH? What's that? I carefully explained that when a record is scratched, it repeats the same thing over and over. HUH??? WHAT'S A RECORD??? 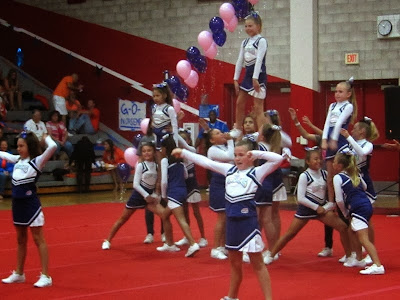 Another big reason for being here this weekend is that Mara's Cheer team is participating in a big competition. That's her on the top. 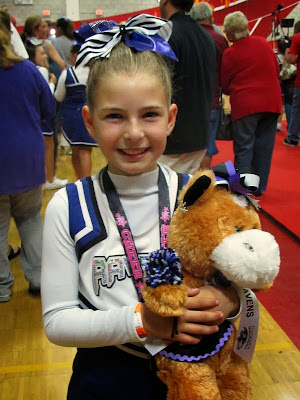 And guess what! They won first place in their category and level. 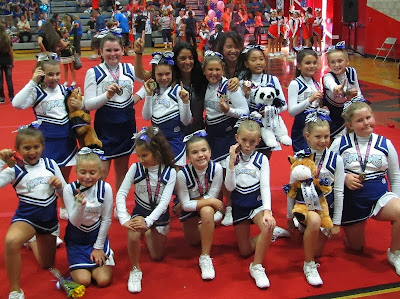 The happy team! Mara is bottom row, second from right.