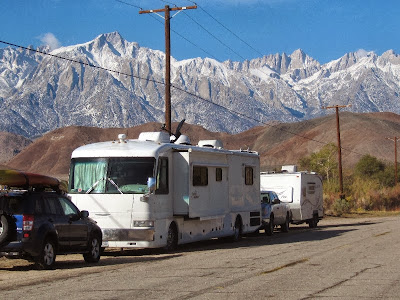 From Bishop we moved down to the town of Lone Pine, CA, and parked on the side of Lone Pine Narrow Gauge Rd. It's a seldom used road with a beautiful view. 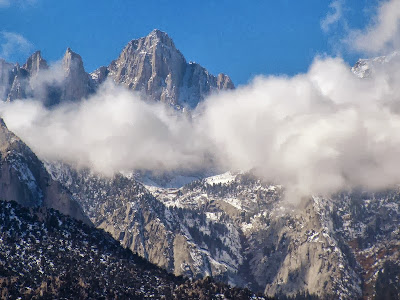 That's Mt. Whitney, the highest mountain in the lower 48 states, above my trailer in the first picture. The melting snow made some interesting cloud formations. 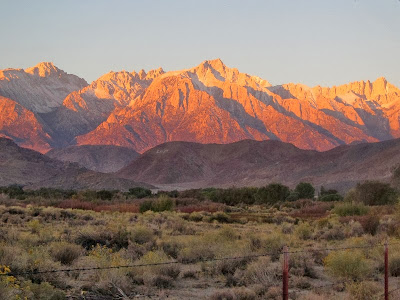 If you got up early enough, the sun created the same phenomenal lighting we had in Bishop. 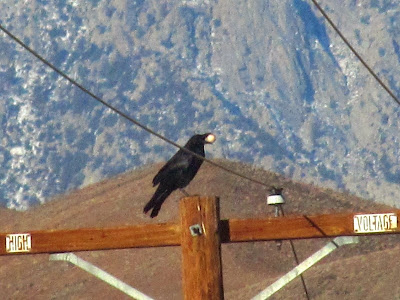 The ravens liked to land on the electrical poles outside my window. This one looked like he was carrying a golf ball. 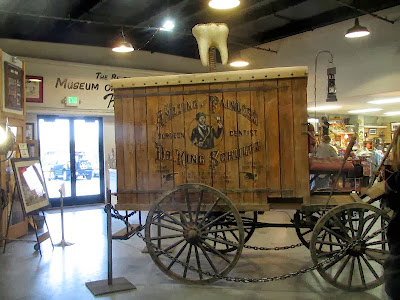 In town is the Lone Pine Film History Museum. Many western movies were filmed around here. 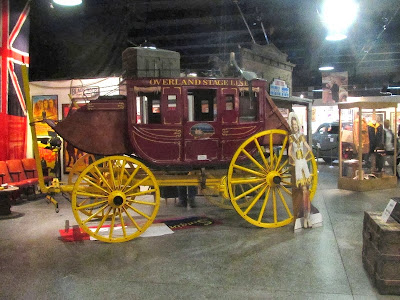 Unfortunately, many of them were done before my time, believe it or not. 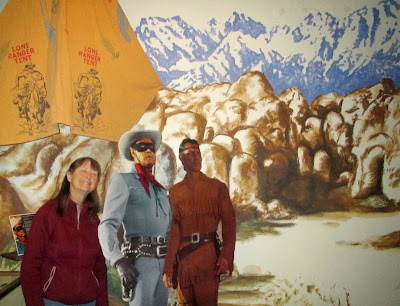 But I did remember the Lone Ranger and Tonto, and got to pose with them. 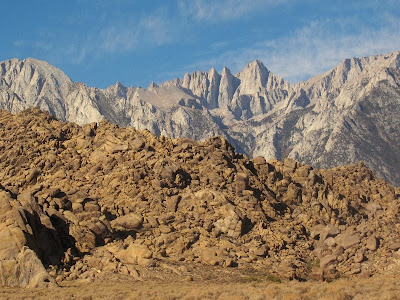 The reason so many westerns were filmed here is because of the rock formations in the Alabama Hills, underneath the beautiful Sierra Mountains. 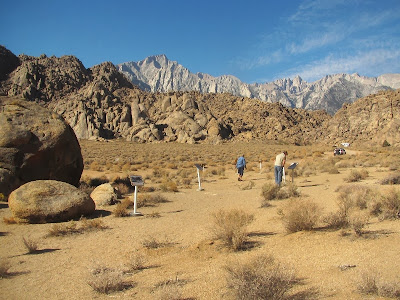 We were there during the Lone Pine Film Festival, when they put out placards documenting the many movies that were filmed here. 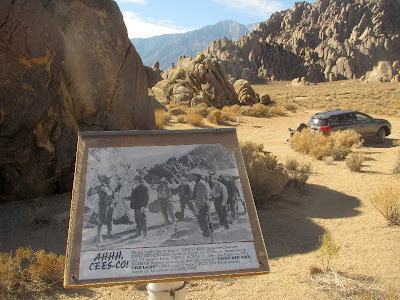 The placards are placed in the exact spot where a scene was filmed. 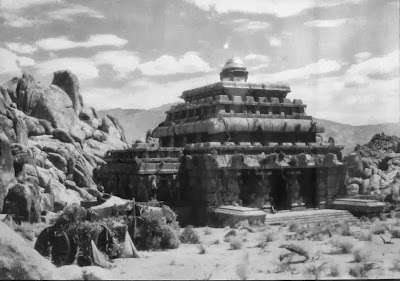 Sometimes elaborate sets were produced, such as this temple in Gunga Din. Since they are no longer here, you have to use your imagination. 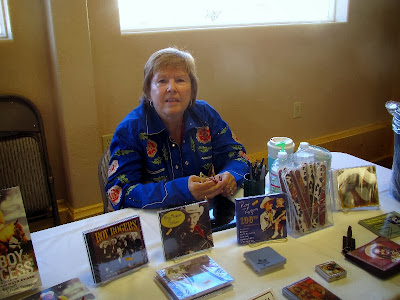 They also had a meet-and-greet with some old time film stars. I didn't recognize anyone, but this is Cheryl Rogers-Barnett, daughter of Roy Rogers and Dale Evans. At least I remember them. 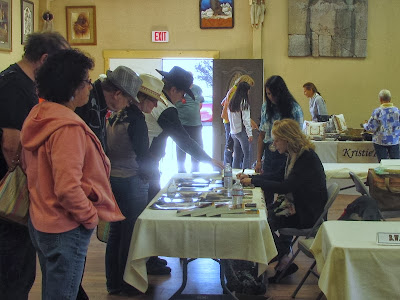 And seated behind the table is Mariette Hartley. She was in some western movies filmed in the area, but I remember her most for her Polaroid commercials with James Garner.