Hiking and Paragliding (No, not me...) 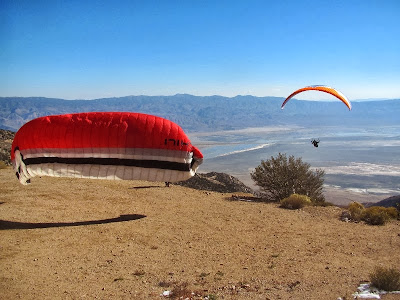 Phil had been seeing a zig-zag road up the side of the mountain south of Lone Pine. It was irresistible, so off we went up the Horseshoe Meadows Road. Starting up the hill, we saw a hitchhiker who wanted to go up. Why? He was a paraglider. We gave him a lift up to his takeoff point.

Unfortunately, there was very little wind. Jason hit a gust right away, but his friend had some trouble. The ends of his chute are tangled. 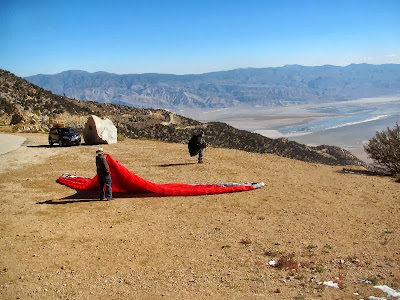 So we waited and waited for a stiff breeze. Phil helped by holding up the chute. 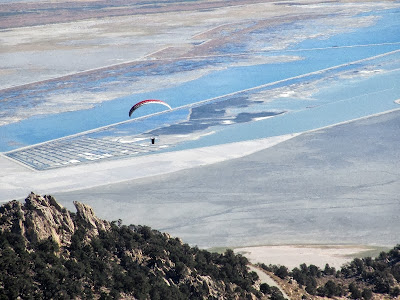 Finally off he went, and we continued up the road to our destination. 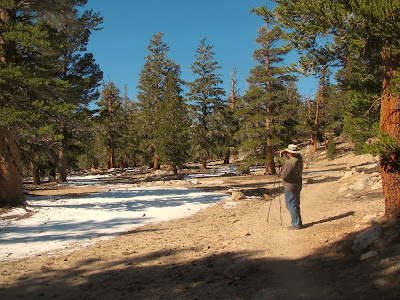 We were headed to one last hike in the area - a short part of the Cottonwood Lakes trail, although we didn't go far enough to see any lakes. There was a little snow on the trail. 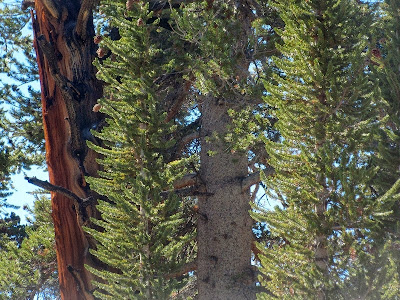 And a lot of foxtail pines, which I don't think I've ever seen before. 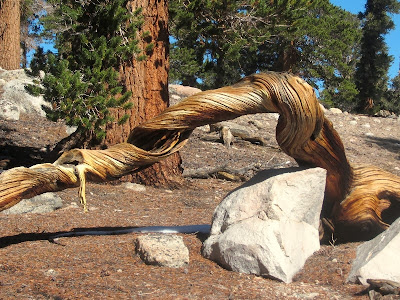 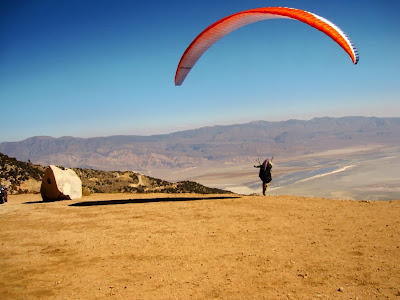 On our way back down the hill, Jason was taking off again. He gave up on waiting for a gust, and just ran off the side of the cliff. No way would I do that!

Here's a very short video of the takeoff. 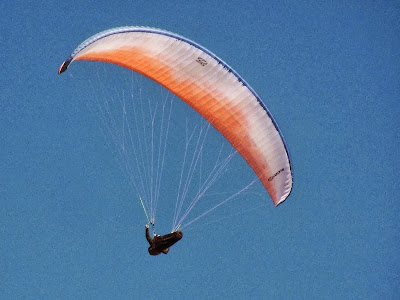 He had a neat sling gadget where he could lay down while gliding. All in all, an interesting adventure!