London Bridge Was Falling Down Or rather, it was sinking, so the city of London sold it to the developer of Lake Havasu City, AZ. 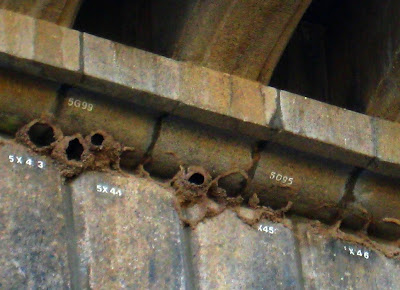 The bridge was dismantled and each of the 10,276 pieces was numbered and shipped here in 1968. It was called the world's largest jig-saw puzzle. 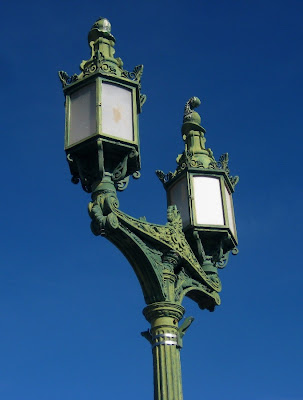 The purchase also included the cast iron lampposts, molded from French cannons captured during the 1815 Battle of Waterloo. 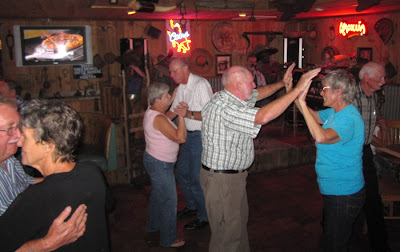 I'm here with the WINs, who like to dance and play. The first night we went to the Golden Horseshoe. 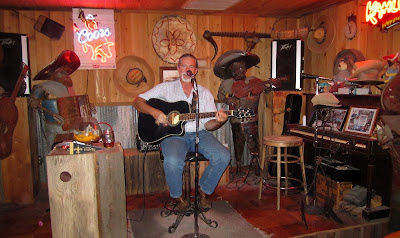 Billy Gambler plays there 5 nights a week and is a favorite of ours. He has a great voice and can sing and play anything. 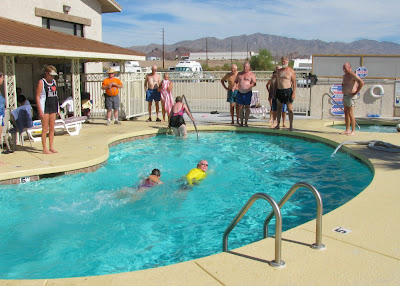 Yesterday was the 3rd annual WIN Olympics. The events included a relay race - 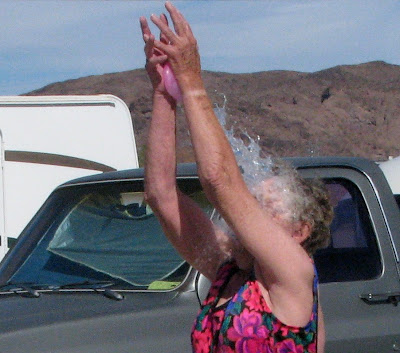 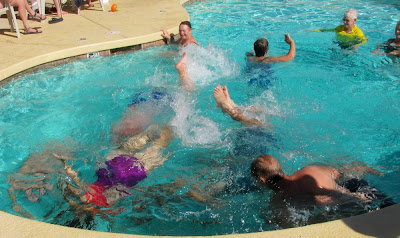 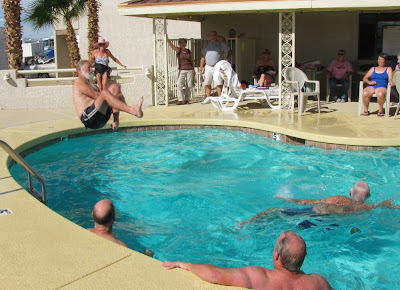 And of course, a cannonball contest. This is Kurt, the winner. 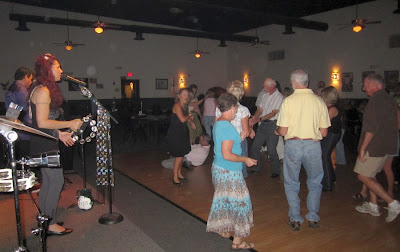 Last night was a dance at the Eagles Lodge, with another good band. (Don't worry, the guy on the floor doing the breakdance is not one of us!)
Posted by Diana at 2:53 PM