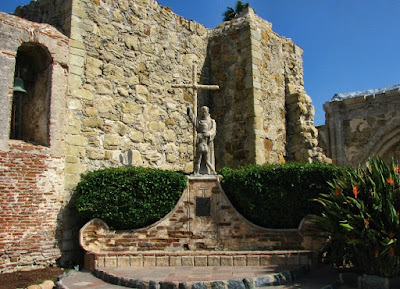 The mission at San Juan Capistrano is the 7th and perhaps the best known of the 21 California missions founded by Father Junipero Serra in the late 1700s and early 1800s.

But the mission is probably most famous because of the cliff swallows that return here each year on March 19 after a 30-day, 6,000-mile journey from their winter home in Argentina. 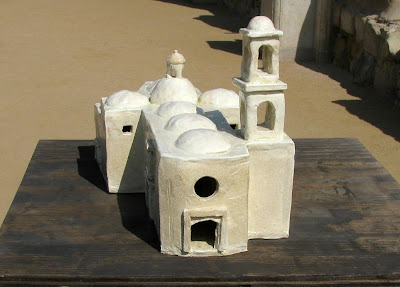 Called "The Jewel of the Missions," San Juan Capistrano was the largest and most ornate of the missions. It was built in the shape of a cross, with many domes and a large bell tower. 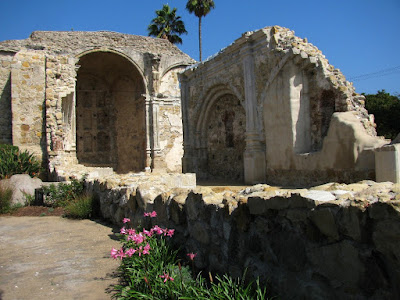 Unfortunately, in 1812, only 6 years after its completion, it was all but leveled by an earthquake. 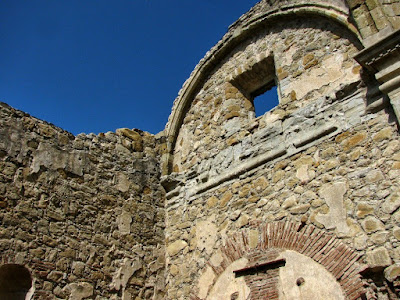 Restoration efforts have failed, and the ruins are now maintained just as they are. 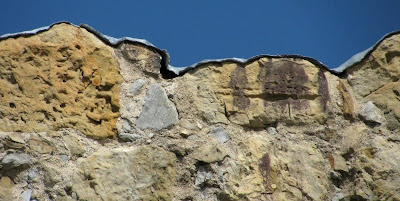 Metal covers the top of the walls to protect them from further decay. 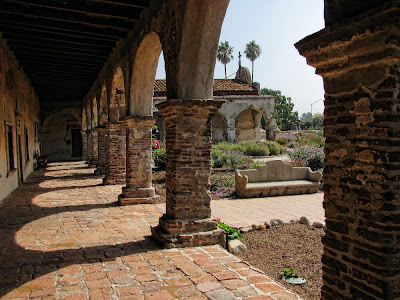 The grounds are also the site of California's first vineyard! Just look what they started... 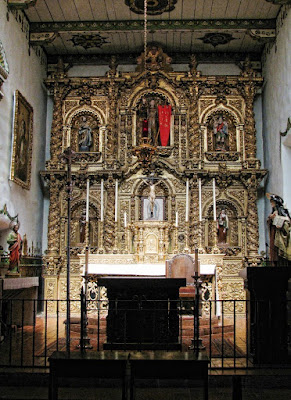 The chapel in another building is still in use, and is considered the oldest church in California. It was built in 1782 and enlarged in 1922 to make room for the "Golden Altar."

The "Retablo" was made in Barcelona, and is handcarved of 396 pieces of cherry wood and overlaid in gold leaf. It is estimated to be 400 years old, but was not installed here until 1923. 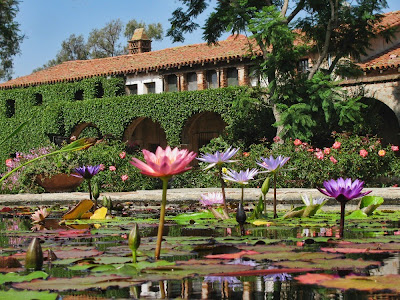 The mission is also know for its beautiful flowers, including these water lilies in a Moorish style fountain in the central courtyard. 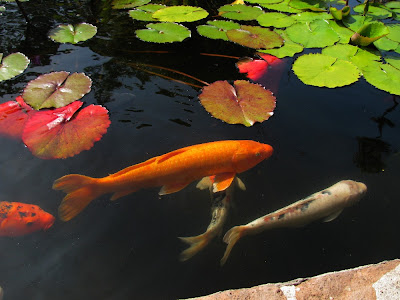 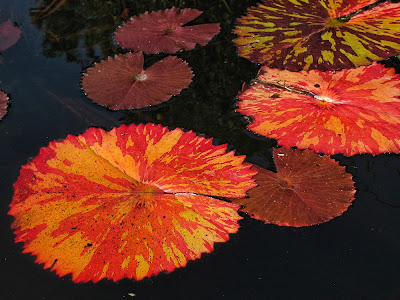 And I loved the variegated lily pads. 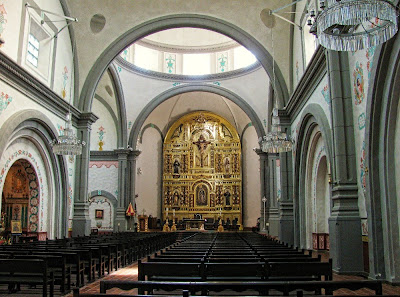 Outside the mission grounds and just down the street is the Mission Basilica San Juan Capistrano, built in 1984 and patterned after the old stone mission.

It also has a retablo behind the altar, this one carved in cedar and covered in gold leaf. It is 42 feet high and was created by 84 artists in Madrid, Spain. 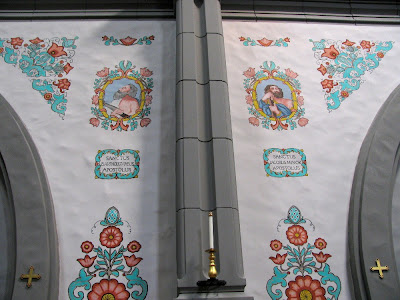 The handpainted walls are very unusual. 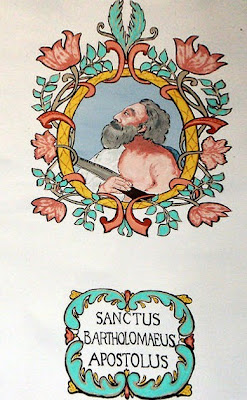 And the paintings of the apostles are strangely different from any other religious paintings I have seen.
Posted by Diana at 1:50 PM