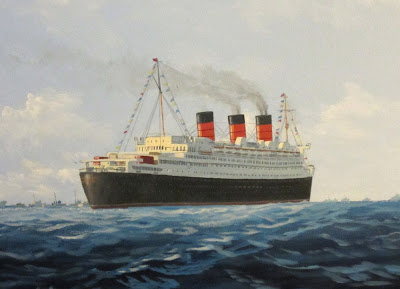 I have seen the Queen Mary, permanently moored at Long Beach, CA, before, but never paid to go inside. 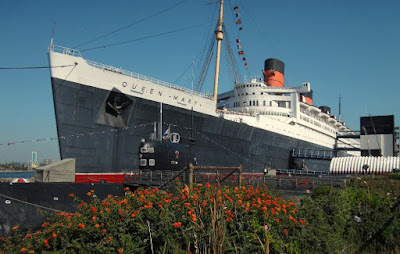 It's rather pricey - $25 - but I found a coupon online here for $10 off. Much more reasonable and definitely worth it. 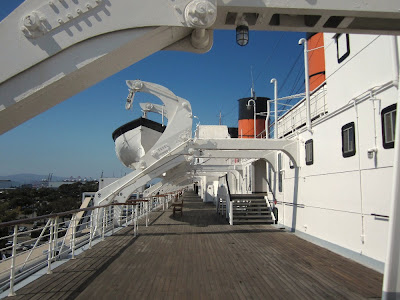 Not only do you get to wander anywhere you want on the ship, you get an audio tour and the Ghosts and Legends Show. I took a couple hundred pictures... 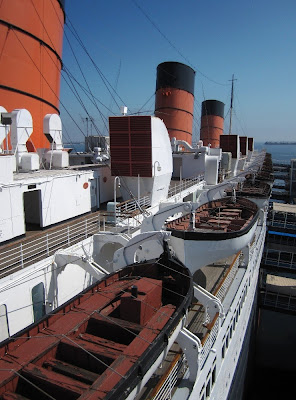 Each of these lifeboats was supposed to hold 145 people! I guess they all had to stand! 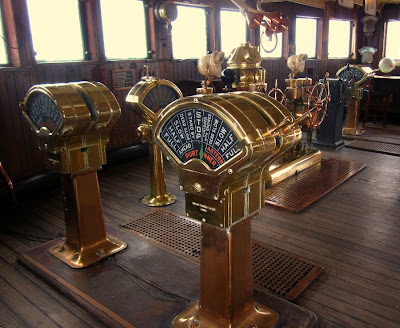 The lifeboat picture was taken from one of the docking wings, which stick out from either side of the bridge, shown here. 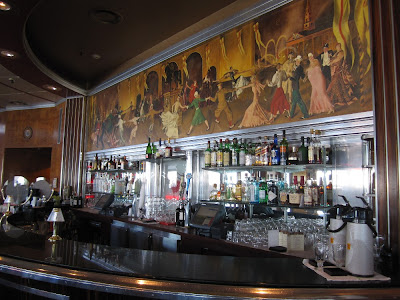 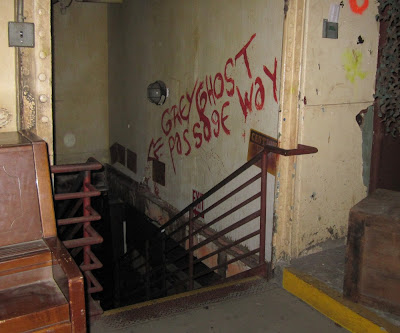 The Ghosts and Legends show is a special-effects tour of the ship's paranormal hotspots. It's very dark and spooky, with just enough light to get around. This is a flash picture taken as we go down into the hull in the front of the ship. 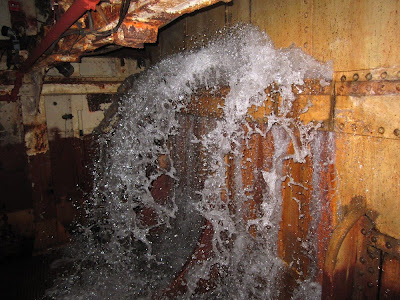 Once there, the hull sprang a leak - OH NO! There are supposed to be a lot of ghosts on the ship, and apparently some of them like to play tricks. 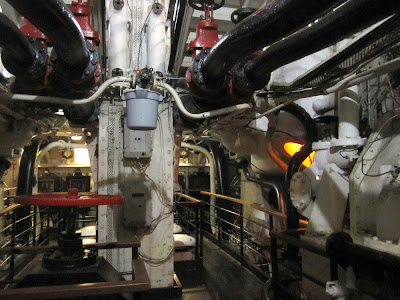 You can also wander unaccompanied through the engine room. Wow, that's a lot of mechanical gizmos! 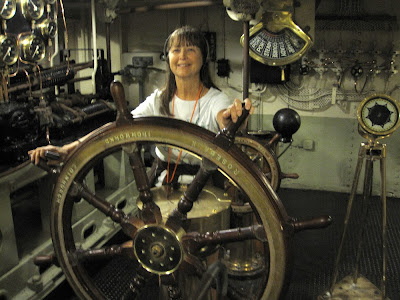 I even got to steer the ship. 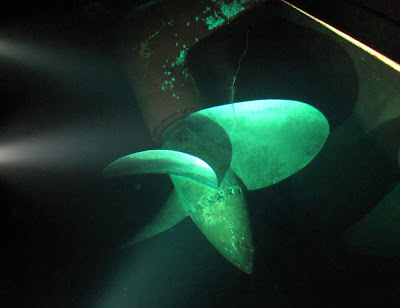 Only one of the 4 original propellers still remains. It measures 18 feet in diameter and weighs 35 tons. You view it by entering a special box built outside the hull.

During WWII, the ship was painted grey, and transformed into "The Grey Ghost," transporting troops to and from the war in Europe. In peacetime, the ship normally carried 3000 passengers, but now it was transporting a whole division, over 15000 soldiers at a time! 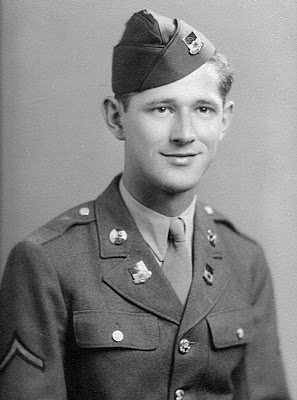 My father went to Europe on the Queen Mary in late December 1943. Instead of 2 passengers in each stateroom, there were now 9 bunks, and 18 men! The men took turns sleeping in the bunks or on the deck. In the middle of winter!

Fortunately, the trip lasted only 5 days. He landed safe and sound in the Firth of Scotland and within hours was on a train to England.
Posted by Diana at 2:51 PM