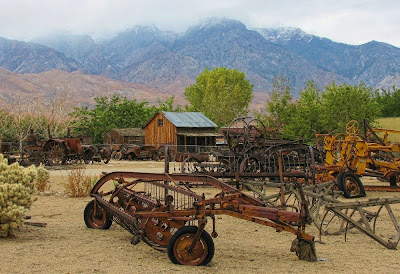 The Eastern California Museum in Independence has the largest collection of RUSTY STUFF that I've ever seen. I was in heaven!!! 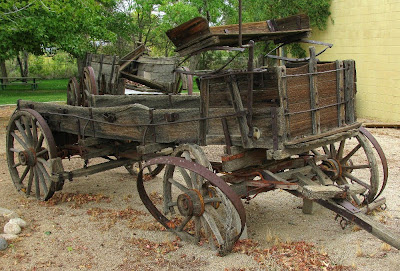 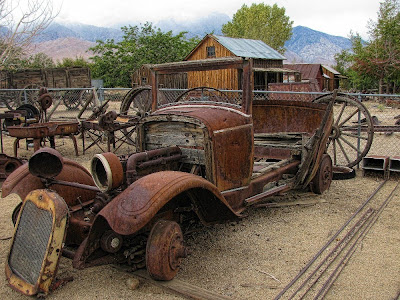 Wow - does it get any better? 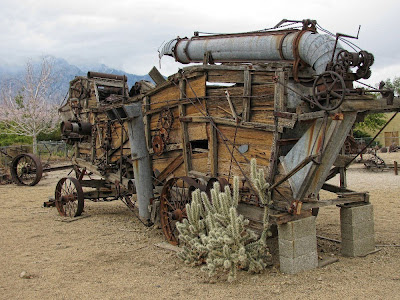 This thresher was my very favorite, especially with the cactus growing under it. 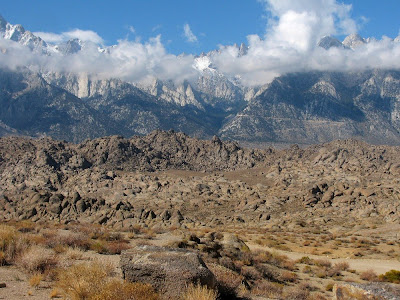 South of Independence is the town of Lone Pine. Every year on Columbus Day weekend they host the Lone Pine Film Festival. Lots of Westerns were filmed amongst these rocks, with the Sierra Mountains in the background. 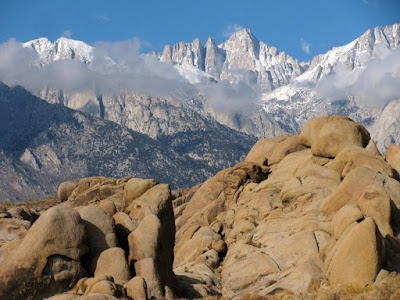 That's Mount Whitney, the highest peak in the lower 48 states. You can hike to the top from the end of the road if you are so inclined. Claudia and Nancy, WIN friends of mine, did it last year. You can read about it, and see great pictures, here. 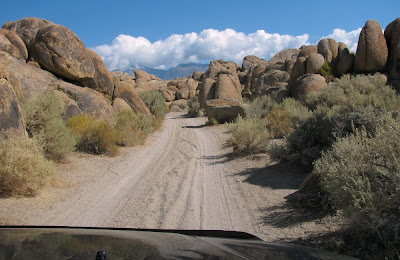 There are lots of tiny little roads throughout the rocks, known as the Alabama Hills. 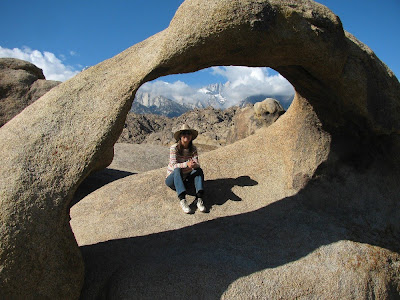 Dozens of arches are located in the Alabama Hills. This is Mobius Arch, a short walk from the main road. Mount Whitney is to my left, barely visible behind the clouds.
Posted by Diana at 3:11 PM