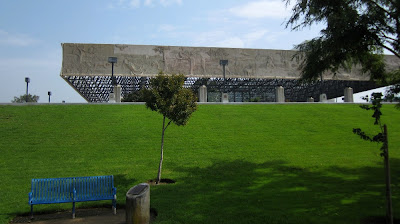 Right in the middle of Los Angeles, is the most surprising museum - the site of the La Brea Tar Pits.

A closeup of the border of the museum:

Scientists have recovered fossils here from ice age animals that became trapped and died in the tar pits from 10,000 to 40,000 years ago. No dinosaurs are here - they became extinct 65 million years ago. 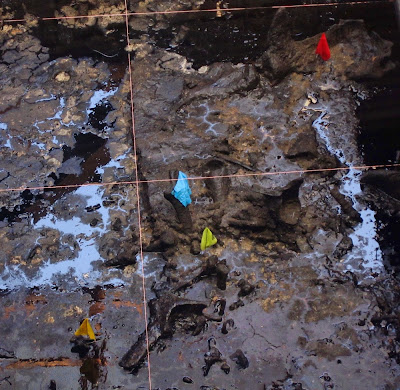 A look inside one of the pits on the property, where the colored flags show fossils currently being worked on. 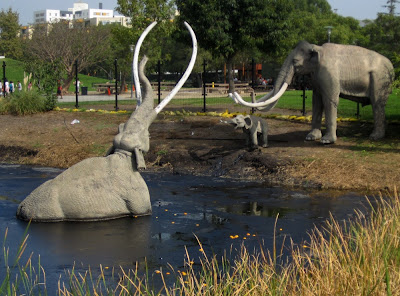 On another part of the property, a mommy mammoth has become trapped in a tar pit, just like her ancestors did. Daddy and baby watch helplessly. 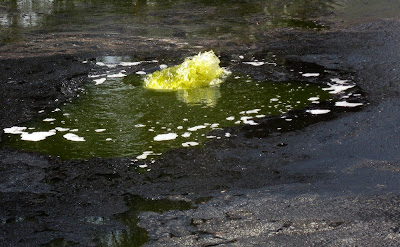 Gas still bubbles up in the tar pits.

Inside the museum is a mural showing the animals that existed in that time period. Some still exist today. 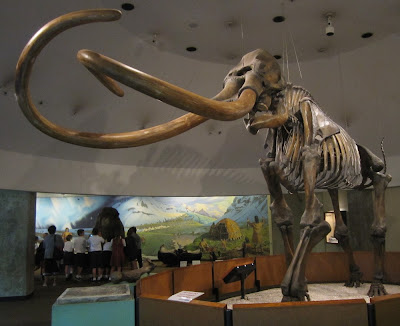 This is the largest of the animals recovered - a Columbian Mammoth can be up to 13 feet high. 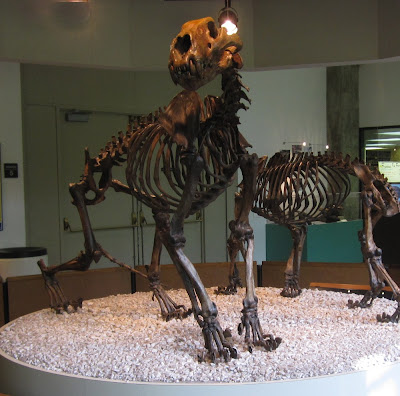 This is an American Lion - much bigger than the present day African Lions and the largest lion in history. 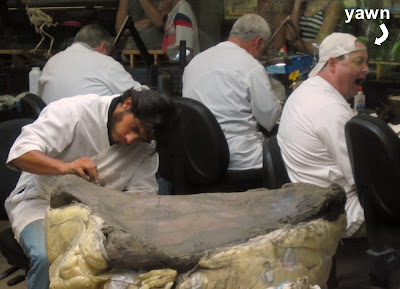 In the middle of the museum is a room where scientists and volunteers work on the fossils recovered from the pits. 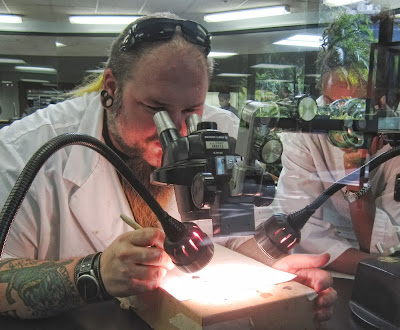 Over 100 tons of fossil bones have been recovered. Some are very large, as in the previous picture, and some are tiny. 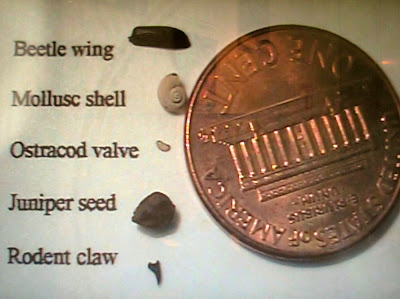 And some are REALLY tiny!
Posted by Diana at 9:05 PM