Only Scratching the Surface 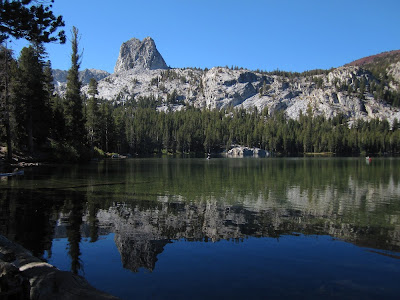 There is so much to see in this area! I feel like I only scratched the surface. Near Mammoth Lakes are several beautiful lakes. From Lake George, shown here, I took a short hike to - 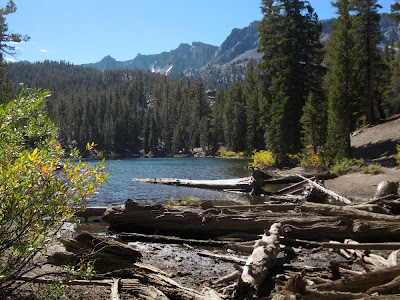 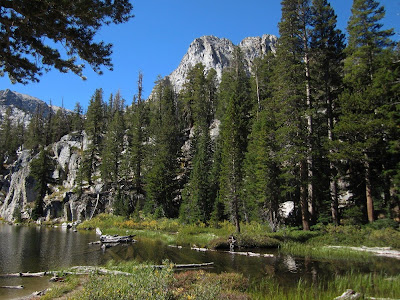 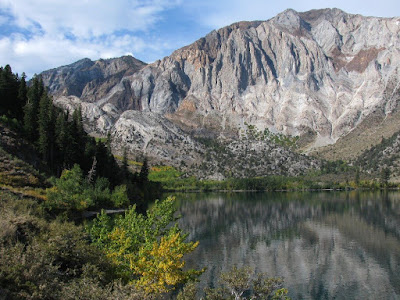 Convict Lake was only a few miles from the campground. It was named for a group of prison escapees who fled here in 1871. 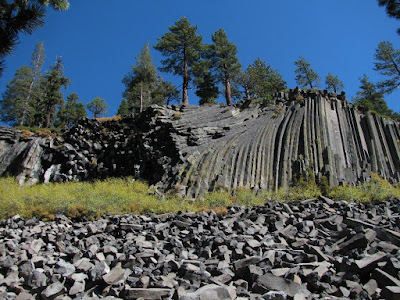 Near Mammoth Lakes is Devils Postpile National Monument, a sheer wall of symmetrical basaltic columns more than 60 feet high. In 1910, a mining company wanted to blast the formation to dam the river. Fortunately, the application was denied, and it became a national monument in 1911. 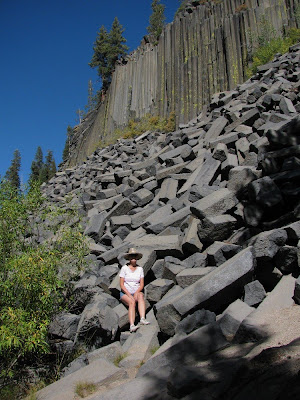 Here I am breaking the law by sitting on a fallen post. But I'm only doing it so you can get some perspective. 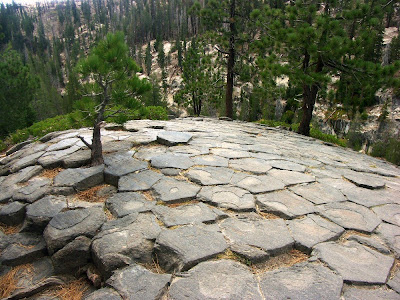 It was worn smooth on top by glacial action, and now resembles a tile inlay. 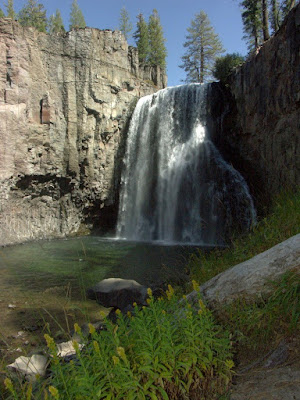 Also nearby is Rainbow Falls. I have to admit this picture is from several years ago. It was sooooo hot, I couldn't bring myself to walk down there. 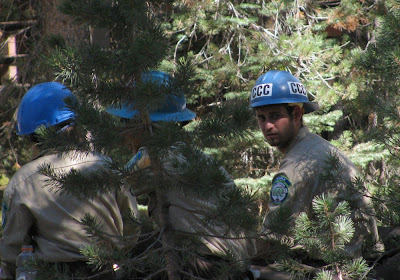 While at Devil's Postpile, I saw crews working with big "CCC" on their helmets. I was confused - I didn't think the Civilian Conservation Corps still operated. It was a post-depression program that ended in 1942.

But it turns out this is the California Conservation Corps, begun in 1976 and modeled after the original CCC, employing and training young men and women. What a great idea!
Posted by Diana at 3:06 PM