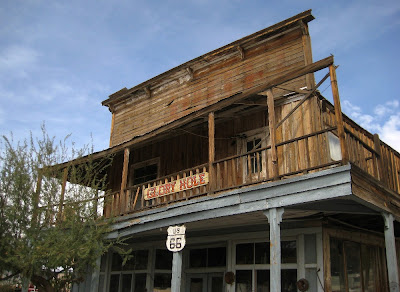 Oatman, AZ is the remains of an old mining town, now a tourist town located on historic Route 66. The old buildings have been turned into shops. 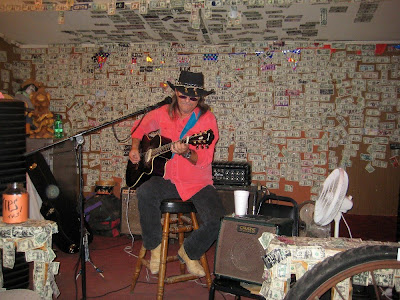 The Oatman Hotel is the home of a mischevious ghost named "Oatie." Oatie was from Ireland and died behind the hotel in 1930 and has been here ever since, often heard playing his bagpipe. This is not Oatie, but the lunch entertainment in the dining room. You can see some of the thousands of autographed $1 bills left by tourists.

Clark Gable and Carole Lombard also spent their wedding night here in 1939 and are said to haunt the hotel. 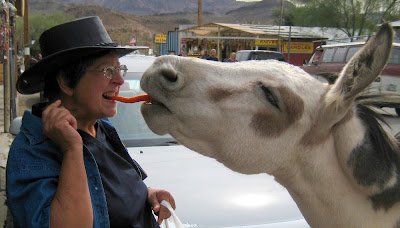 But the biggest attraction today in Oatman is the wild burros, descendants of the Burros that miners turned loose when the mine closed and they left town. 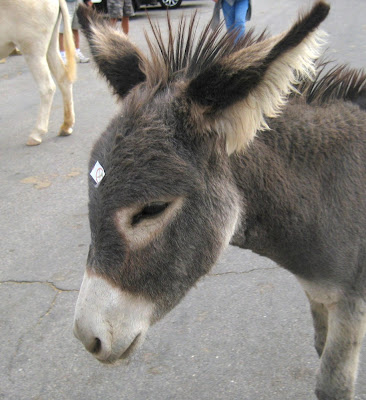 You can feed carrots to all the burros except the babies, who have stickers on their foreheads warning that they could choke on the carrots. 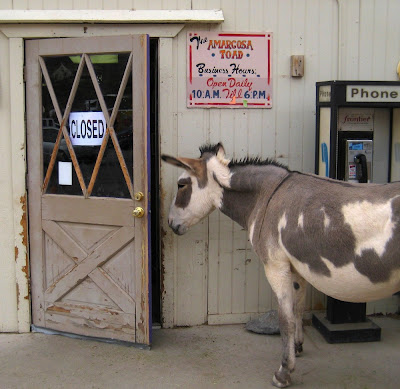 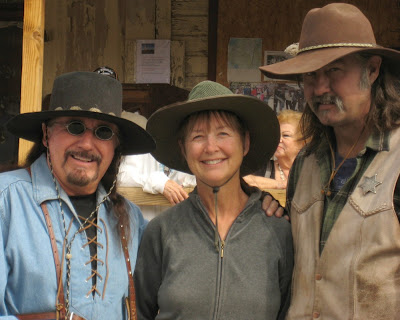 Several times a day they have an old West gun fight in the street. Before the fight, they asked if anyone wants to be in a "Cowboy Sandwich." They didn't have to ask me twice -- I ran up and was the first sandwich. 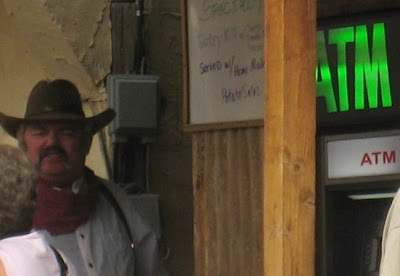 The gunfight started when one of the outlaws tried to rob the ATM, but couldn't get any response. 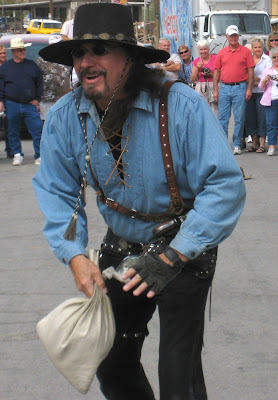 So they went into the bank, and came out with a bag of gold. 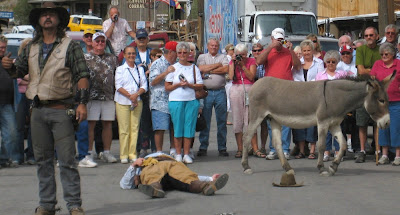 An exciting battle then took place, and even the burros got involved. 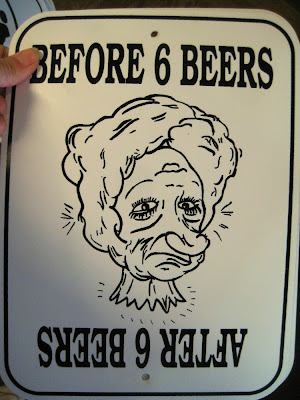 The tourist shops had some cute things -- I really liked this two-way sign. 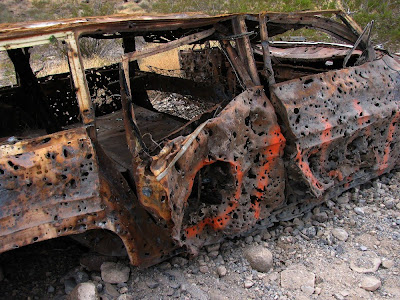 On the way back to Bullhead City, we found this old car. I think more lead was expended on shooting it up than the car was worth!
Posted by Diana at 2:26 PM