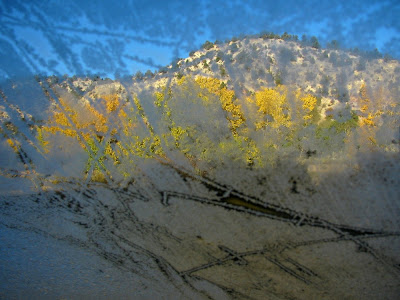 The day started out a little cold, judging by the windshield, but it was supposed to finally warm up. Zion National Park is one of my favorites. 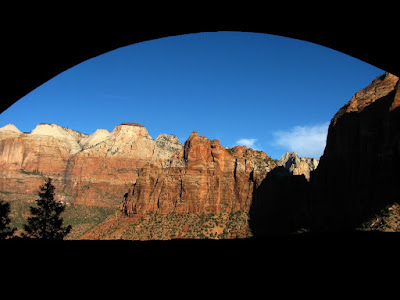 To get to the park from our beautiful campsite near Mt. Carmel Junction, you have to go through the 1.1 mile Zion-Mt. Carmel tunnel. The tunnel was completed in 1930, and at the time was the longest in the U.S. Several arches in the tunnel give you a quick preview of what's to come. 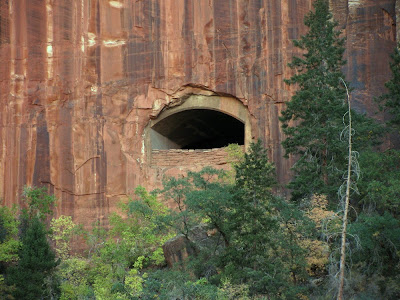 After the tunnel are a series of switchbacks where you can look back and see the arches from the outside. 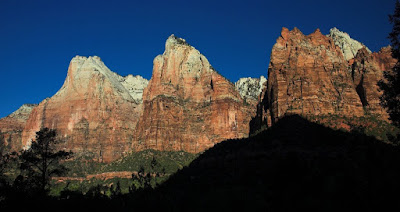 Since I only had one day in the park this visit, I just rode the free shuttle bus around and did the short hikes. Court of the Patriarchs was the first stop, where Abraham, Isaac, and Jacob pose. (Jacob is actually the white tower behind the red rock on the right.) 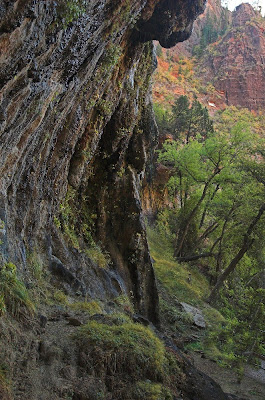 Weeping Rock was weeping up a storm, but you can't see it in the picture. It's an afternoon shot and I was there in the morning. 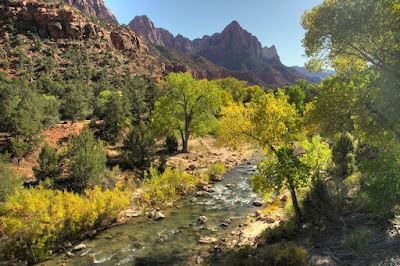 Canyon Junction allows a nice view of the Watchman, also better later in the day. 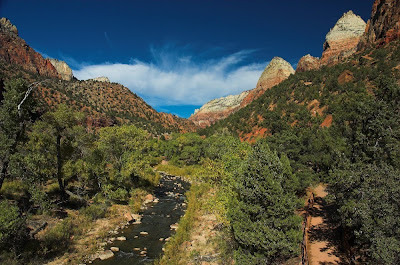 But the view up canyon was nice, with some really bizarre clouds. 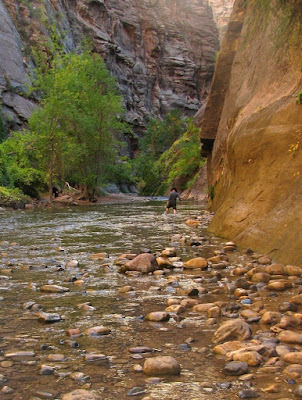 At the end of the Canyon is the narrows, where you can hike farther in the water if you want to. New this year, an enterprising new business in town rents sticks, and waterproof pants and shoes. Judging by the number of people with the sticks, they must be making a fortune! 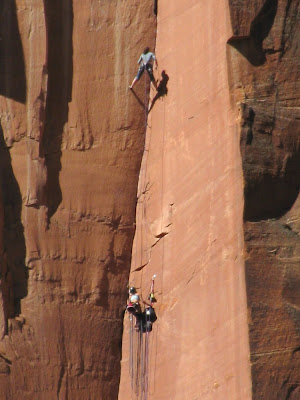 Near the end of the canyon, there are always lots of rock climbers climbing up the sheer cliffs. 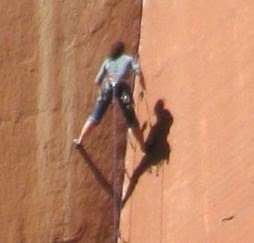 Look how this woman is standing!

In the gift shop, I took this picture of a picture of the hike up to Angel's Landing that I did last year. The top is at the very top of the photo, and Walter's Wiggles are the set of switchbacks at the bottom. It's a fantastic hike.

This quick trip through the park really doesn't do it justice. The best parts are on some of the longer trails that I didn't have time for this year. For sure, the 5 national parks in Southern Utah are one of my favorite areas of the country. I fell in love with the area almost 20 years ago, and have been coming back often. And I never get tired of it.
Posted by Diana at 10:08 PM