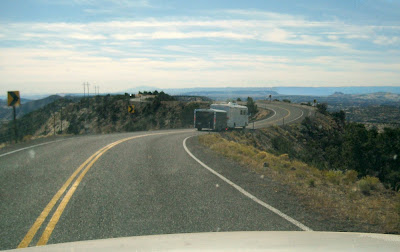 Leaving Capital Reef, we took the scary road to Escalante. This is called the Hogs Back and has sheer dropoffs on both sides. Maybe I should wash my windshield? 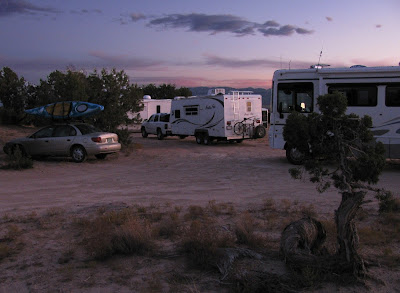 At Escalante, we all parked at the beginning of the Hole-in-the-Rock road. Nice spots for maybe 15 RVs. 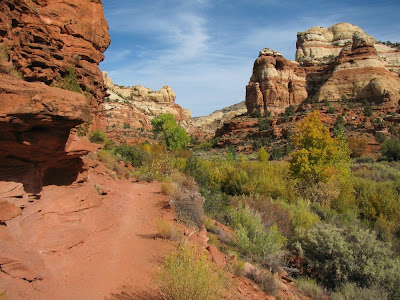 Although we thought about going down the Hole-in-the-Rock road, we decided instead to do the 6-mile round trip hike to Lower Calf Creek Falls. 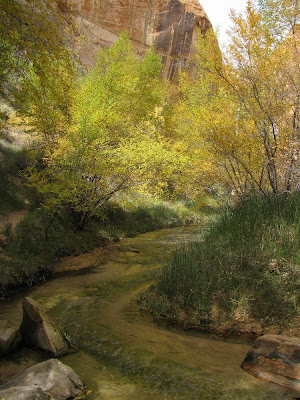 I had been there before, but never in the fall. The colors were great as we followed Calf Creek up to the falls. 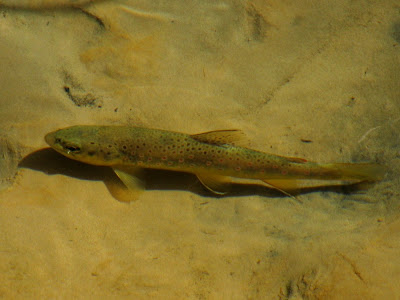 We saw some wildlife, including lots of spotted trout. 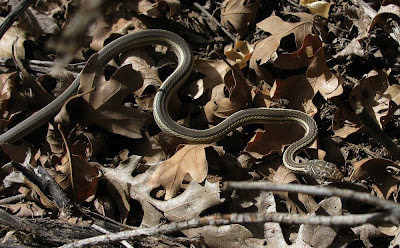 And this little fellow. Ewwwww! I really don't like snakes. I'm glad I have a telephoto lens. 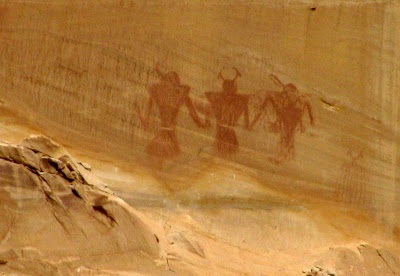 Along the way were some pictographs, painted instead of pecked like petroglyphs are. These are also from the Fremont period, about 1000 years old. 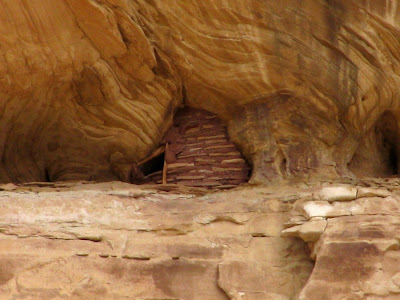 There were also 2 equally old graineries, hard to find without a telephoto lens. 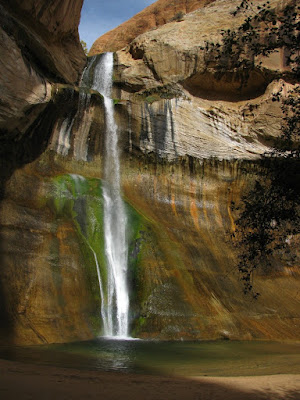 Finally, the falls! So odd to see a beautiful waterfall in the middle of the desert. 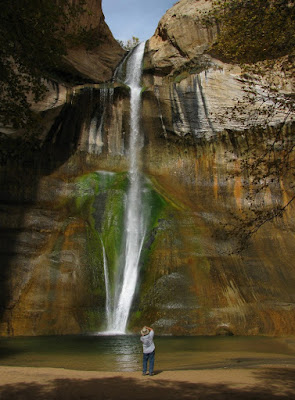 The falls are 126-feet tall. Phil provided some scale. 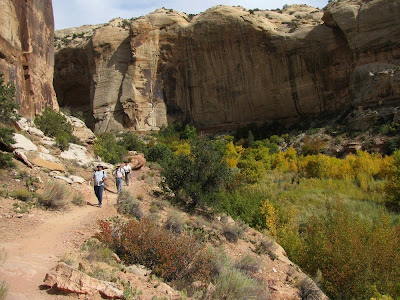 One more picture of the canyon on the way home.
Posted by Diana at 5:58 PM