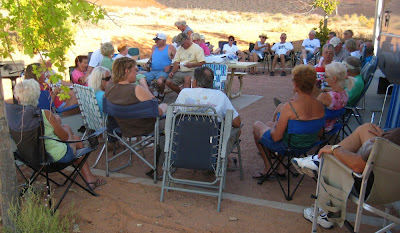 But not quite yet. The winds were too high to leave the day we were supposed to, so we were stuck on shore one more night. Personally, I wasn't too unhappy about one more night on solid ground.

Thirty-six of us are heading off on 3 houseboats out of Bullfrog, Utah. If you look on a map, you'll see that is in the middle of nowhere. 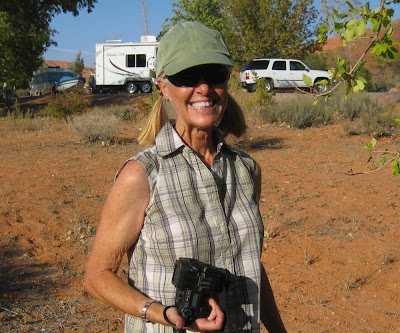 So what do we do with our 8 dogs and 3 cats while we're gone? Sally volunteered to be our pet-sitter! For pictures of all of her charges, including my Molly, click here. 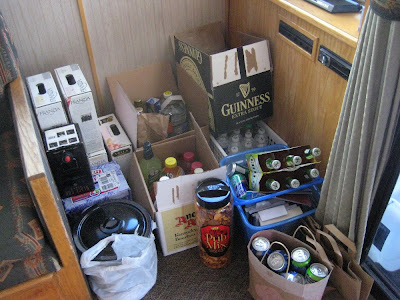 Although we couldn't leave , we were allowed to put all our stuff on the boat. I don't think we'll run out of booze.... 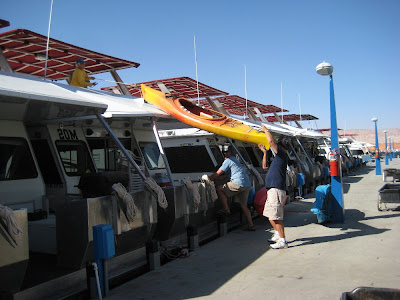 Loading kayaks was quite a chore, but cleverly done. 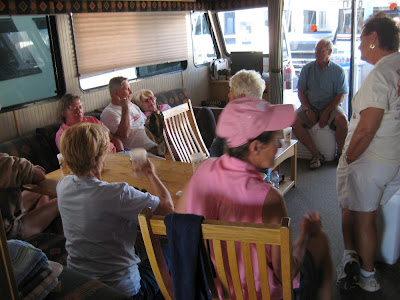 Might as well have a drink or two, since we aren't going anywhere! 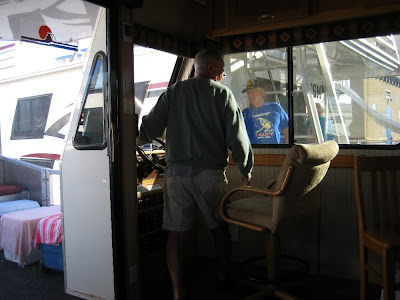 But bright and early the next morning, Captain Tom backs away from the dock. 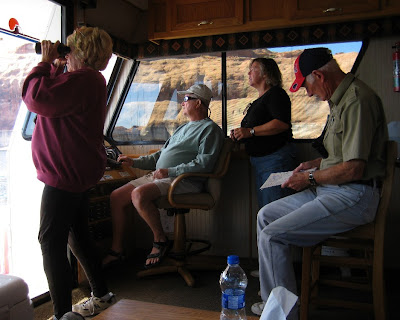 Donna the Navigator, Tom the Captain, Jody the First Officer, and Chuck the Overseer/Second-Guesser. 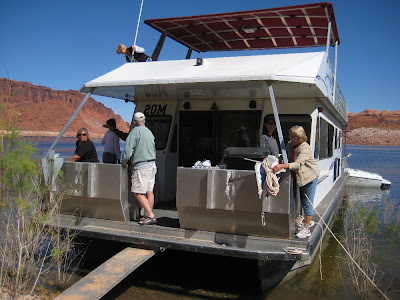 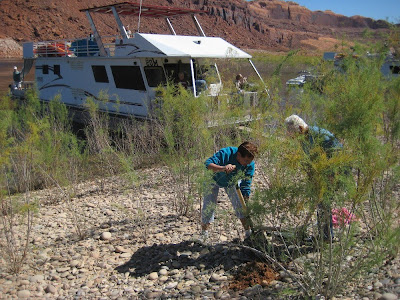 The beach there was very rocky, and made for some tough anchor-digging, but Bertie and Bobbie were up to the task. 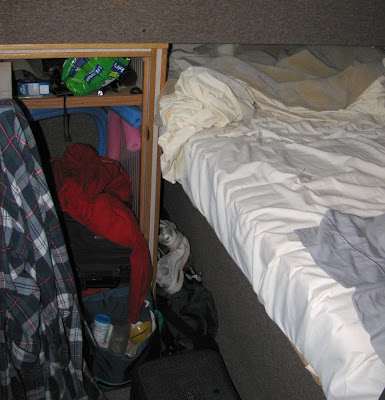 Where do 12 people sleep on a boat with only 4 beds? Some were lucky enough to get "staterooms," teeny-tiny little double beds. 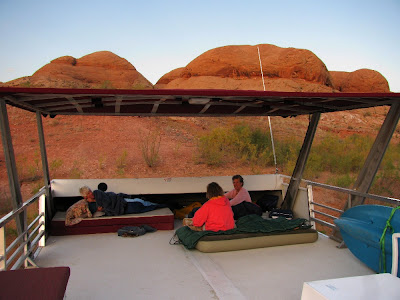 A couple slept in tents, and some slept under the stars on the upper deck.
Posted by Diana at 7:59 PM