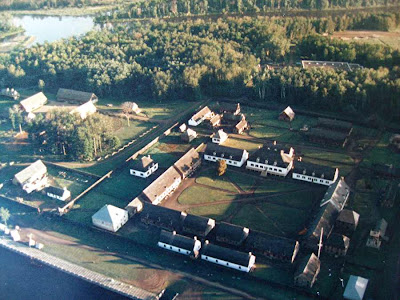 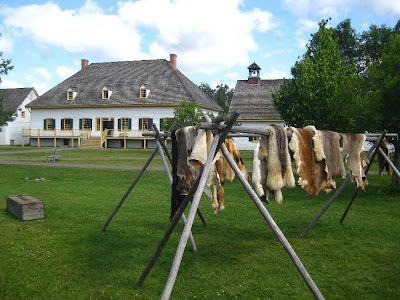 When the North West Company built Fort William at this location in 1798, it quickly bacame a lively community of Scottish traders, French Voyageurs and Native trappers. 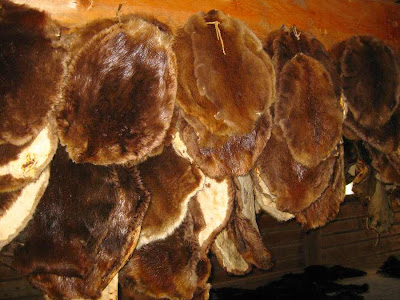 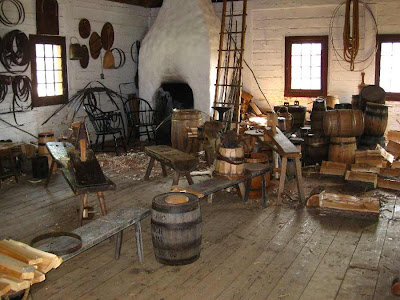 There were lots of other reconstructed buildings, including this cooper's work area. 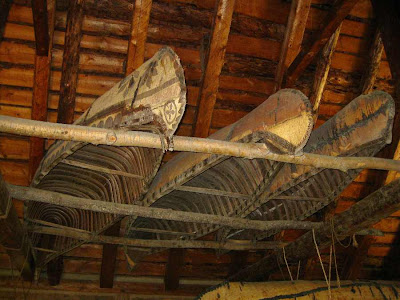 But my favorite was all the birch-bark canoes. 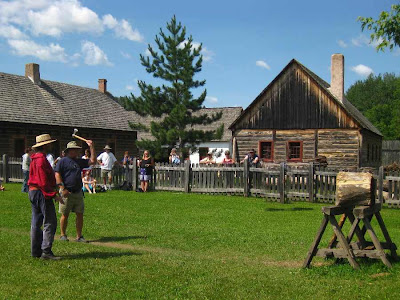 We enjoyed all the opportunities to learn the skills of the time, such as axe-throwing. 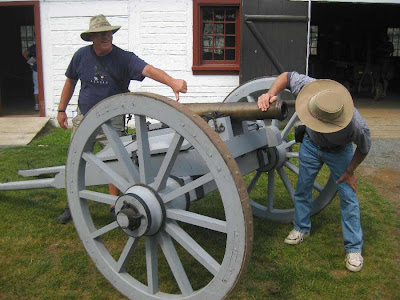 And the guys got to play around with the equipment. Look out Ron! 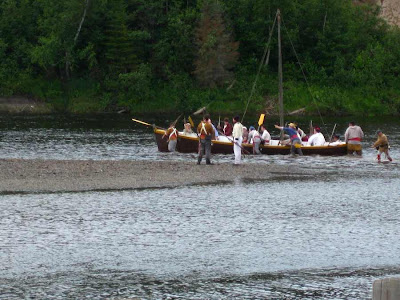 We were there on a day that they did a re-enactment of the Battle of Fort William, during the War of 1812. But since this battle never happened, I guess I should call it an "enactment." Here are the Americans trying to sneak in, but they got stuck on a sandbar. Hmmmm.... 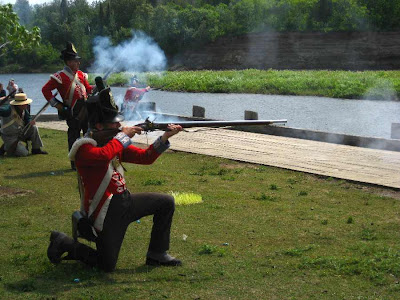 An easy shot for the British. 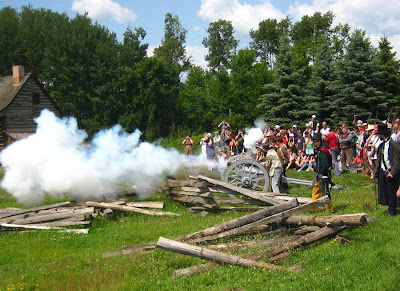 Later there was a big battle that I didn't understand. I think the French and the Americans were fighting the British and the Canadians. 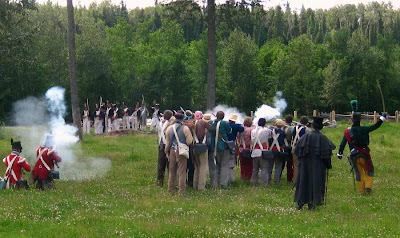 This shows the French in the background, fighting the British and the Canadians in the foreground.

After the battle, comes the problem of what to do with the dead. In this case, the audience brings them back to life.
Posted by Diana at 5:51 AM