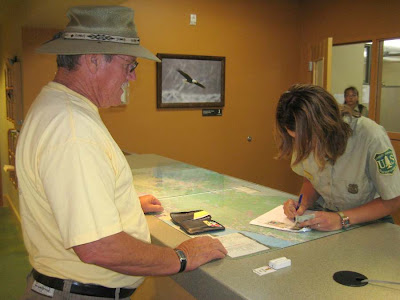 Ely, MN is such an amazing place that I took 450 pictures in the week that we were there! But most important of all, we were finally at a place where Phil could get his Senior Pass. (This used to be called a Golden Age Pass.) He's been old enough for a month now, and has been chomping at the bit. 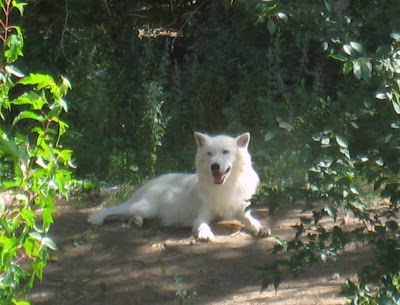 Ely is the home of the International Wolf Center, which was very interesting, although it was a little difficult to see the wolves. This is one of their Arctic Grey wolves. They have 4 grey wolves on display, plus 2 brand new pups. 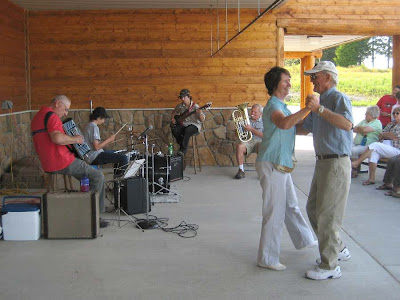 And since we were back in Minnesota, there was polka music everywhere, even outside the local Pamida store. This band consisted of a couple of old guys, plus the 2 grandsons of one of them. 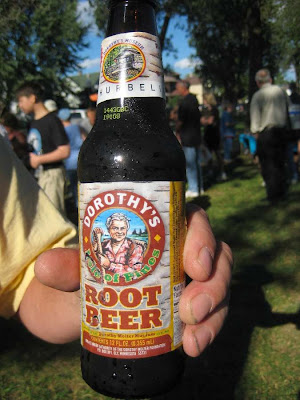 Dorothy Molter was the last permanant resident of the Boundary Waters. Each year as many as 6,000 visitors from all over the world would stop by to visit Dorothy in her wilderness home. She would make up to 12,000 bottles of root beer per year to share with her visitors, becoming known as "The Root Beer Lady." Since her death in 1986, her memory lives on in her root beer. 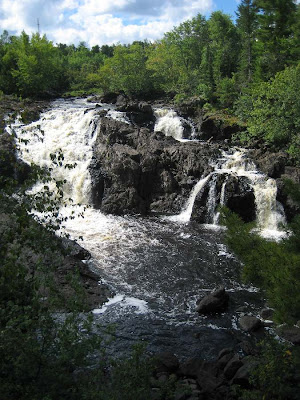 Bear with me for one more waterfall! This is Kawishiwi Falls, located between Fall Lake and Garden Lake near Ely. I was happy there was one I could walk to and didn't have to kayak. 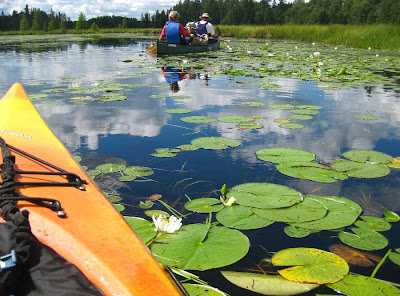 The kayaking was wonderful, even though I didn't participate. This was taken at "The End of the Road." 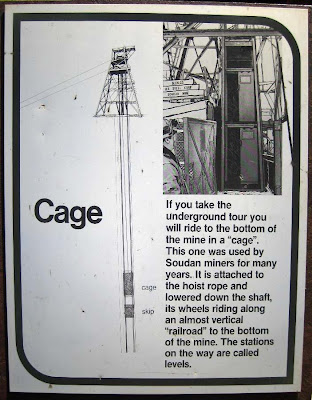 The Soudan Underground Mine tour was well worth the cost of admission. We were hoisted down this shaft 1/2 mile under the earth's surface. The mine is known as Minnesota's oldest, deepest, and richest iron mine, and operated from 1884-1962. 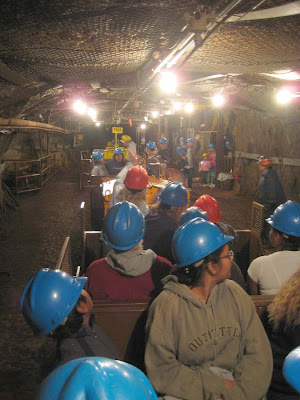 After the descent, we were loaded into ore cars and transported around the lowest (27th) level. 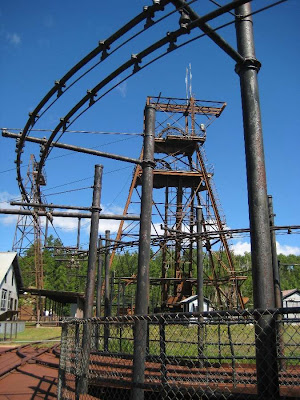 This is the headframe for shaft #8, the one we went down. 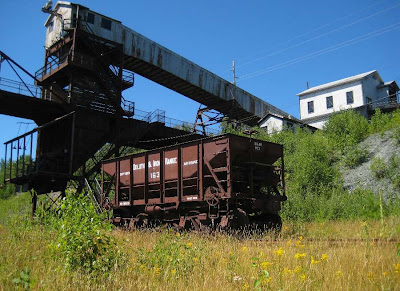 After the ore came up, it was broken up into smaller pieces in the Crusher House, at the top of the hill, then dropped on a long conveyer belt to the Headhouse, where it dropped into the waiting ore-carrying railroad cars.
Posted by Diana at 5:13 PM