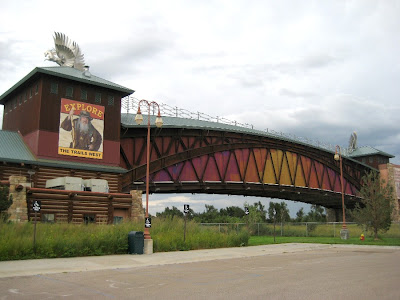 I had to hustle across Nebraska, but did stop to see a few things. One is the Great Platte River Road Archway, which was built spanning I80 in Kearney. Through a series of dioramas and videos, the Archway presents the history of transportation along the Platte River.

The entrance up to the two-story arch is an escalator ride into history. 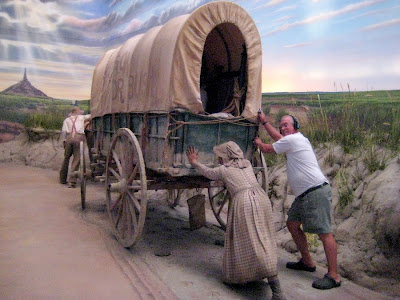 Headsets provided the sounds of each scene, and changed when you entered a new room. The first few rooms showed the struggles of the wagon trains on the California, Oregon, and Mormon trails, all of which went along this river. 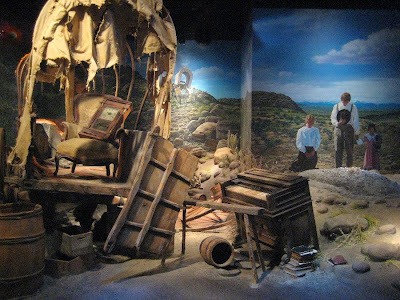 Accidents and diseases hounded the pioneers, killing 1 in 17 who started out. Weary travelers were forced to lighten their load by tossing out family heirlooms along the route. 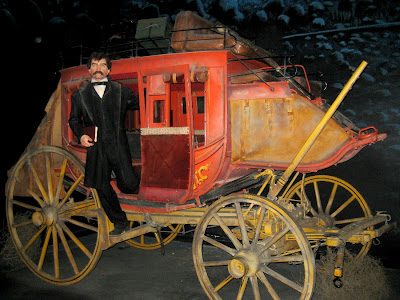 The Overland Stagecoach also traveled this route. Mark Twain, shown here, was one of the riders who paid $500 for a very uncomfortable ride to San Francisco. 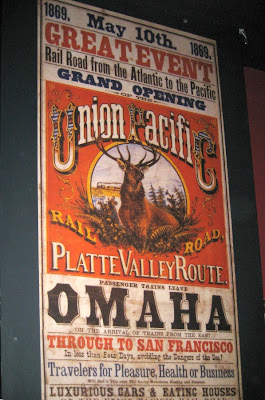 Five days after the completion of the cross-country railroad in 1869, Union Pacific began regular train service to the West. A ticket cost only $50. Almost immediately, covered wagon migrations slowed to a trickle. 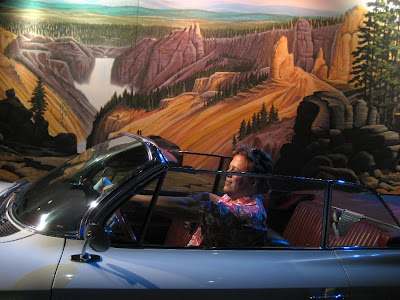 In 1913, the first coast-to-coast "highway" was completed and ran through here. 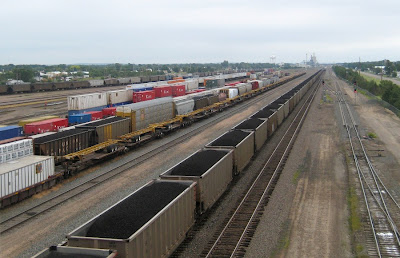 This area is still very important in transportation. Interstate 80 is the busiest cross country highway, and the Bailey Railroad Yard is one of the largest classification yards in the world. 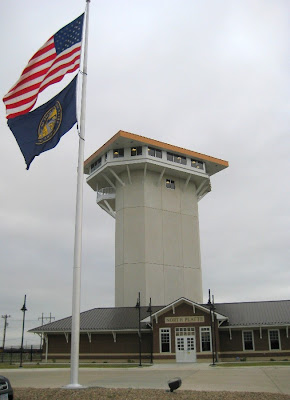 They have a new observation platform here, but unfortunately it was closed the day I was there. The view was probably better from the bridge anyway.

I saw my first cowboy in Walmart, so I know I'm back out West. Sorry I didn't get a picture...
Posted by Diana at 8:01 PM