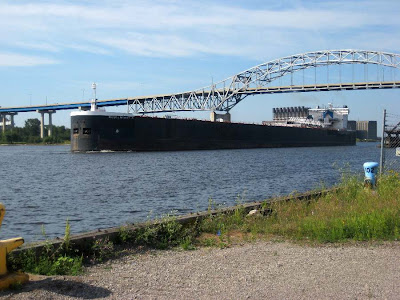 We're back were we started - in Duluth, MN - after our trip all the way around Lake Superior. Here's the 1000' long Walter J. McCarthy Jr. going under the I535 bridge to get a load of coal. Mr. McCarthy was Chairman of the Board of Detroit Edison until 1990, and he and his wife still make a trip on the ship each year. 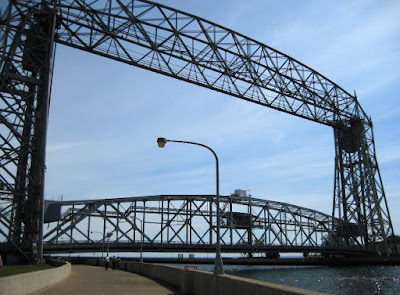 A more unusual bridge is the Aerial Lift Bridge. I saw it go up several times.

But instead of posting one of my pictures, I saw this great shot of the tall ships going underneath it a couple weeks ago, and shamelessly copied it. 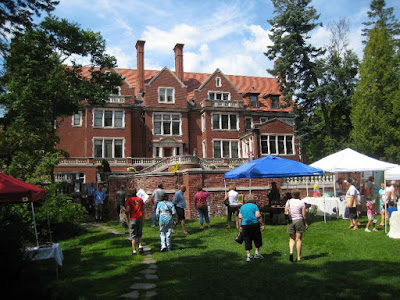 There was an arts and crafts fair going on at the Glensheen mansion, which meant I got on the grounds for free, always a good thing. This place has quite a murderous history, and is now owned and operated by the University of Minnesota. 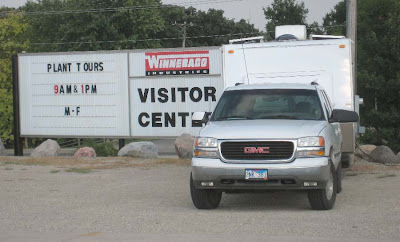 After leaving Duluth, we went south, stopping at Forest City, IA, at the Winnebago factory. You can stay free in their parking lot, and they even had hookups! It's been over 3 months since I've had any, but I remembered how to plug in. I even ran the A/C.

The next morning, we went on their tour. They seem to be making a lot more small units, on Dodge Sprinter chassis. 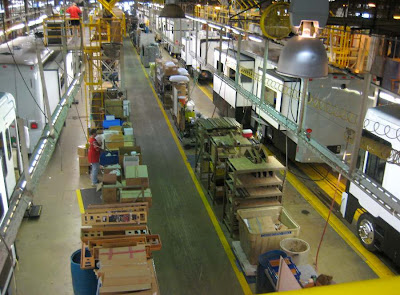 All different models move down the assembly line at the same time, and the right parts and pieces magically appear. The line moves a foot a minute. 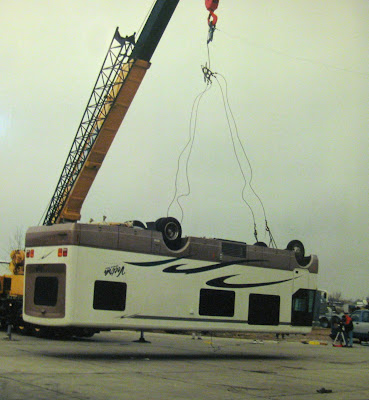 Winnebago is the only manufacturer to drop a test rig upside down to see what comes loose. They emphasized that this was a test rig, not your rig! 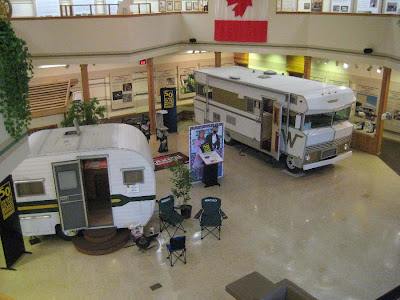 In the visitors center were a 1959 Winnebago trailer, and a 1967 Winnebago motorhome. 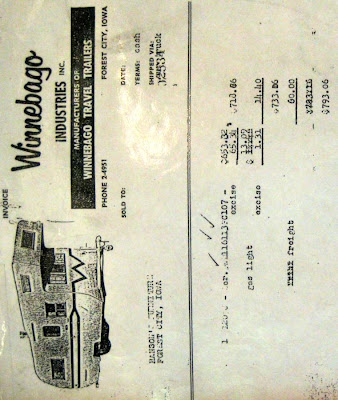 The original invoice for the trailer -- $793.06, including tax and shipping. 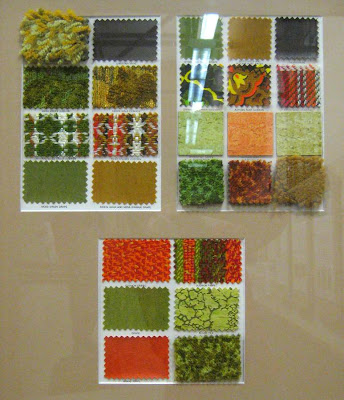 Remember in the 70s when we thought these colors were great?
Posted by Diana at 8:56 PM