Moving On to Denver 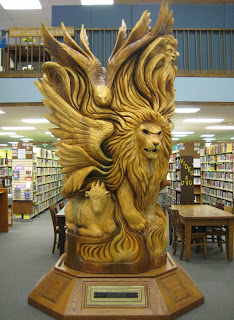 In Sterling, Colorado, we went on a hunt to find the "Living Trees." After a terrible winter freeze in 1982 which killed many large trees in town, sculptor Bradford Rhea brought some of the trunks back to life by carving them into works of art.

Over the years, the weather took a toll on the sculptures, and they were moved indoors. Two are in the town library. This is called Seraphim and was made from a cottonwood tree. 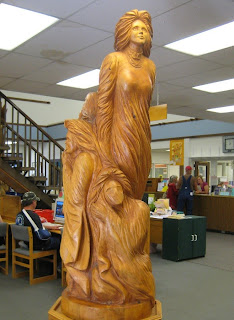 Also in the library is Windlace, which symbolizes the courage, grace and evolution of women in our society. 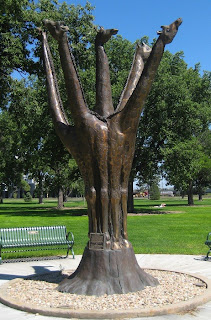 Bronze versions of some of the sculptures were made and placed back outdoors. The original wooden version of Skygrazers is currently being restored. 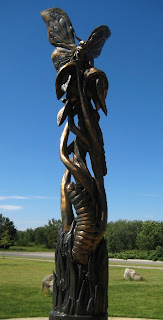 Another bronze version, Metamorphosis, shows a caterpillar spinning a cocoon which bursts into a butterfly ready to take flight. 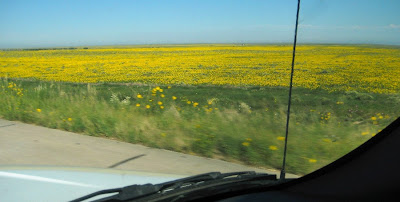 All through Nebraska and northeastern Colorado, sunflowers line the side of the road. Please excuse the "drive-by shooting".... 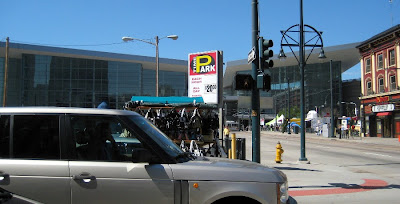 After settling in at the Longmont Moose lodge, I had to run into downtown Denver to take care of some business. I had no idea that I was next to the Convention Center until I tried to get out of town! 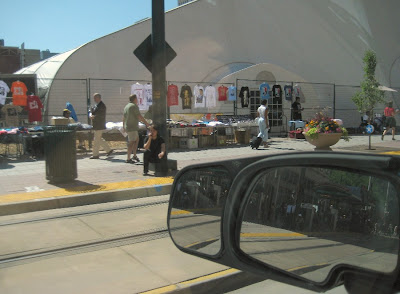 There were lots and lots of T-shirt vendors. 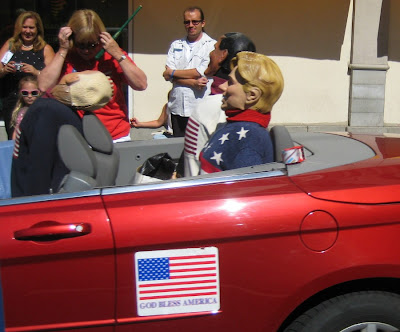 And I tried to get a shot out my window of Barack and Hillary. Don't know who's in the front seat - it kind of looks like John McCain with a broken neck?
Posted by Diana at 8:30 PM