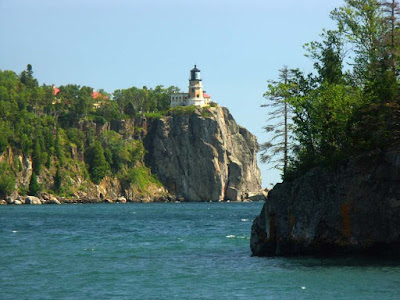 The next stop on the WIN circuit of Lake Superior was Two Harbors, MN. Just north of there is one of the most photogenic lighthouses, Split Rock. Almost 200 feet above the lake, it was built in 1910 after a disasterous storm in 1905 damaged 29 ships in the area. It's retired now, but still a beauty. 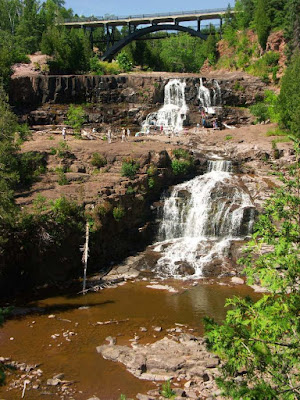 Oh no! Another waterfall! Gooseberry Falls is a series of 5 falls just south of Split Rock Lighthouse. Middle Falls and Lower Falls are show here. 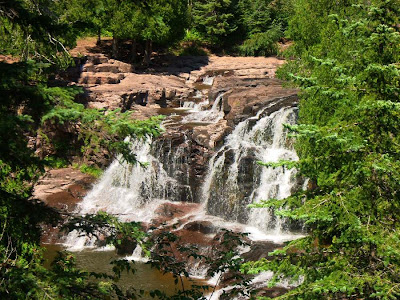 And this is Upper Falls on the other side of the highway. 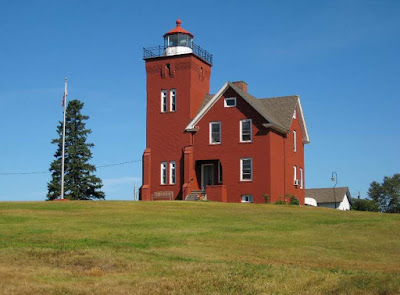 In Two Harbors, we all squeezed into the area around the Moose Lodge near the harbor area. Agate Bay Light Station was built in 1892 and is the oldest operating light station in Minnesota. It also now houses a B&B. 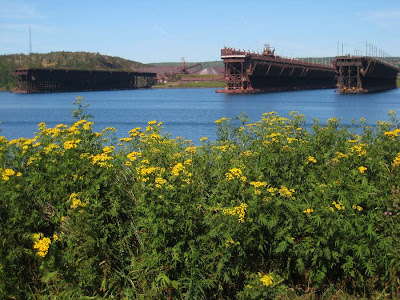 Agate Bay also has the most visible year round ore dock operations on the entire Great Lakes. Giant ore boats 1000 feet long dock for loads of taconite - low grade iron ore made into pellets and shipped to blast furnaces on the lower Great Lakes to make steel. The docks are pretty impressive -- would have been more so if I had gotten a picture of a ship. Oh well...
Posted by Diana at 8:40 PM