The Sights of Richmond 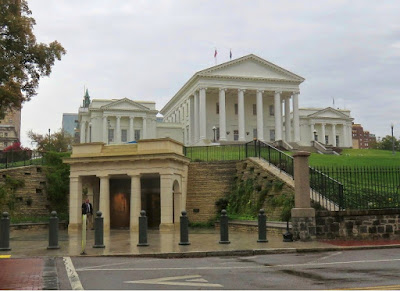 Although I lived in Virginia for 27 years before going on the road, I had never been to the Capitol in Richmond. It was time to correct that oversight.

The original central part of the capitol was built in 1785, based on a design by Thomas Jefferson. The east and west wings were added in 1905. 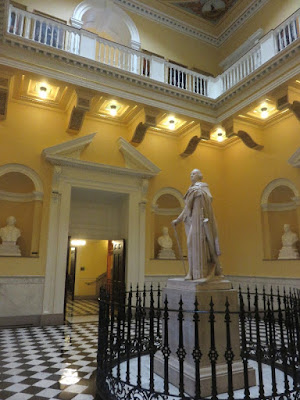 The rotunda features a statue of George Washington, along with busts of the 7 other Virginia-born presidents. 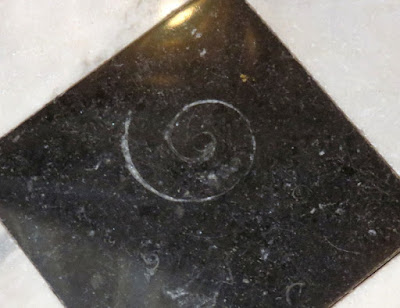 The black limestone tiles in the floor are inlaid with marine animal fossils, just as the ones that we saw in the Montpelier, VT capitol are. 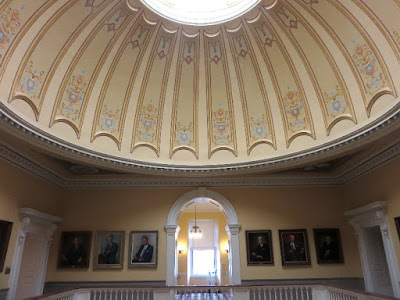 We had a guide for the tour, but she was much too talkative, so I wandered around on my own, up to the third floor where I got a close-up view of the dome. 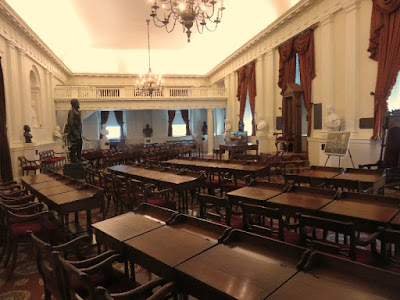 We got to see both the old and new Senate and House chambers. This is the Old House Chamber. 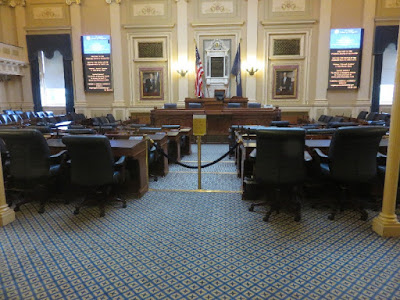 And the modern-day House Chamber. 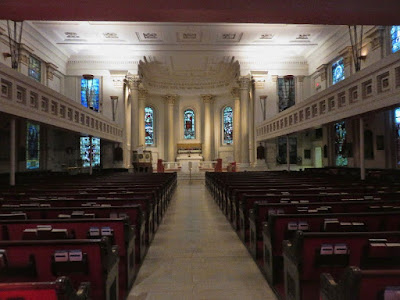 Next to the Capitol is St. Paul's Church, the house of worship for General Robert E. Lee and Confederate President Jefferson Davis. It featured some beautiful stained-glass windows. 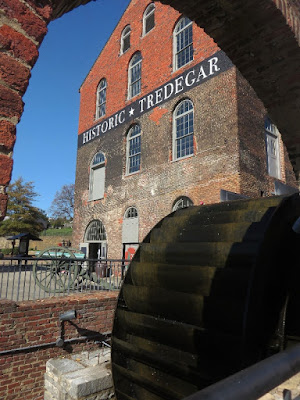 We also visited the Tredegar Iron Works. Tredegar began in 1836 as a small forge and rolling mill, but by 1860 was a large operation, with 800 laborers. 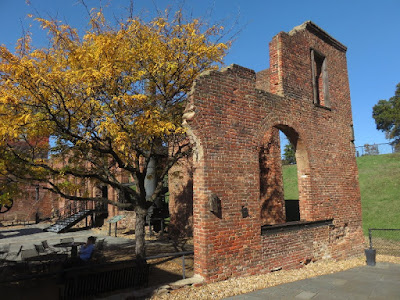 During the Civil War, Tredegar operated day and night to meet the Confederate demands for artillery and ammunition, producing 1,100 cannons. 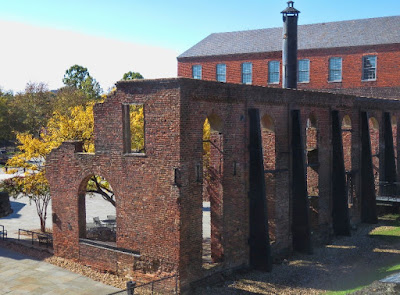 The Iron Works also played an important role in rebuilding the devastated South after the war. 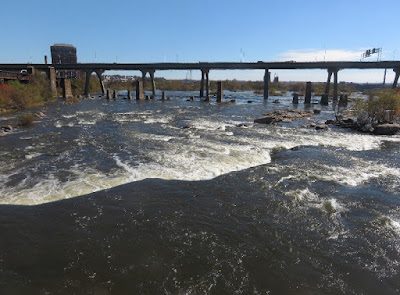 We also walked along the James River in town.... 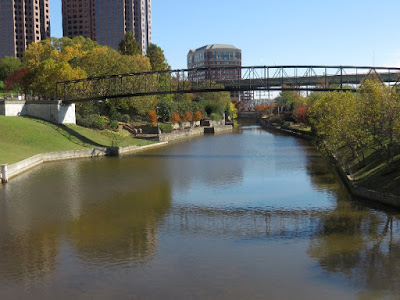 And along the Canal, which parallels the river. It was fun to see all the things that I missed when I lived in the state.